Kim Kardashian and Pete Davidson are soaking up the sun!

The couple looked happy as they were photographed on a dock after taking a boat ride together in the Bahamas on Wednesday. In the snaps, Kardashian, 41, wears a plunging, low-cut black top with black ripped jeans and heels. She accessorized with dark sunglasses and a black fuzzy purse. The 28-year-old Saturday Night Live comedian is seen in a beige hoodie and matching shorts with a navy jacket and socks with slides. He's seen carrying a black Louis Vuitton bag and a laptop.

The photos come after the two were spotted boarding a private plane earlier this week. 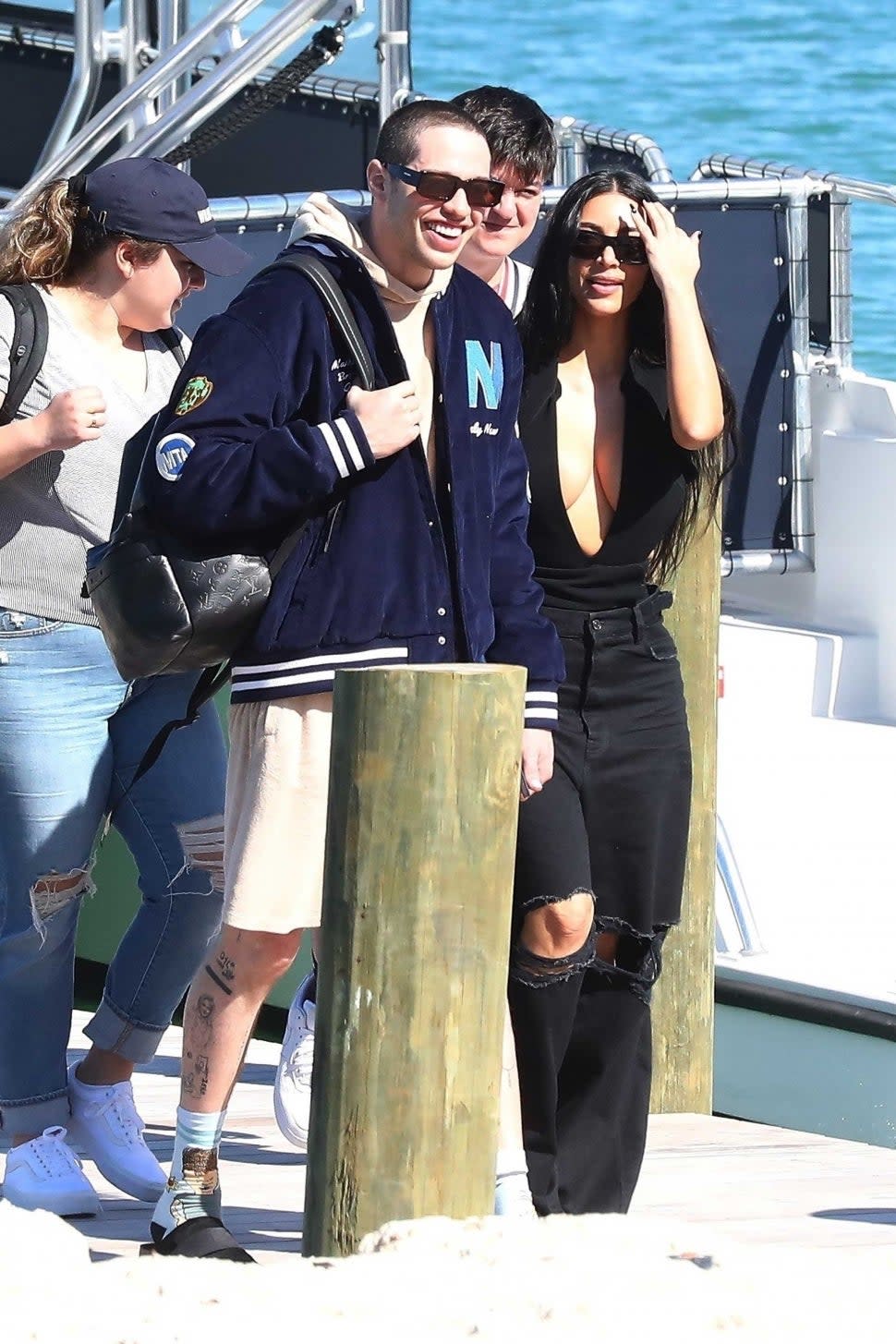 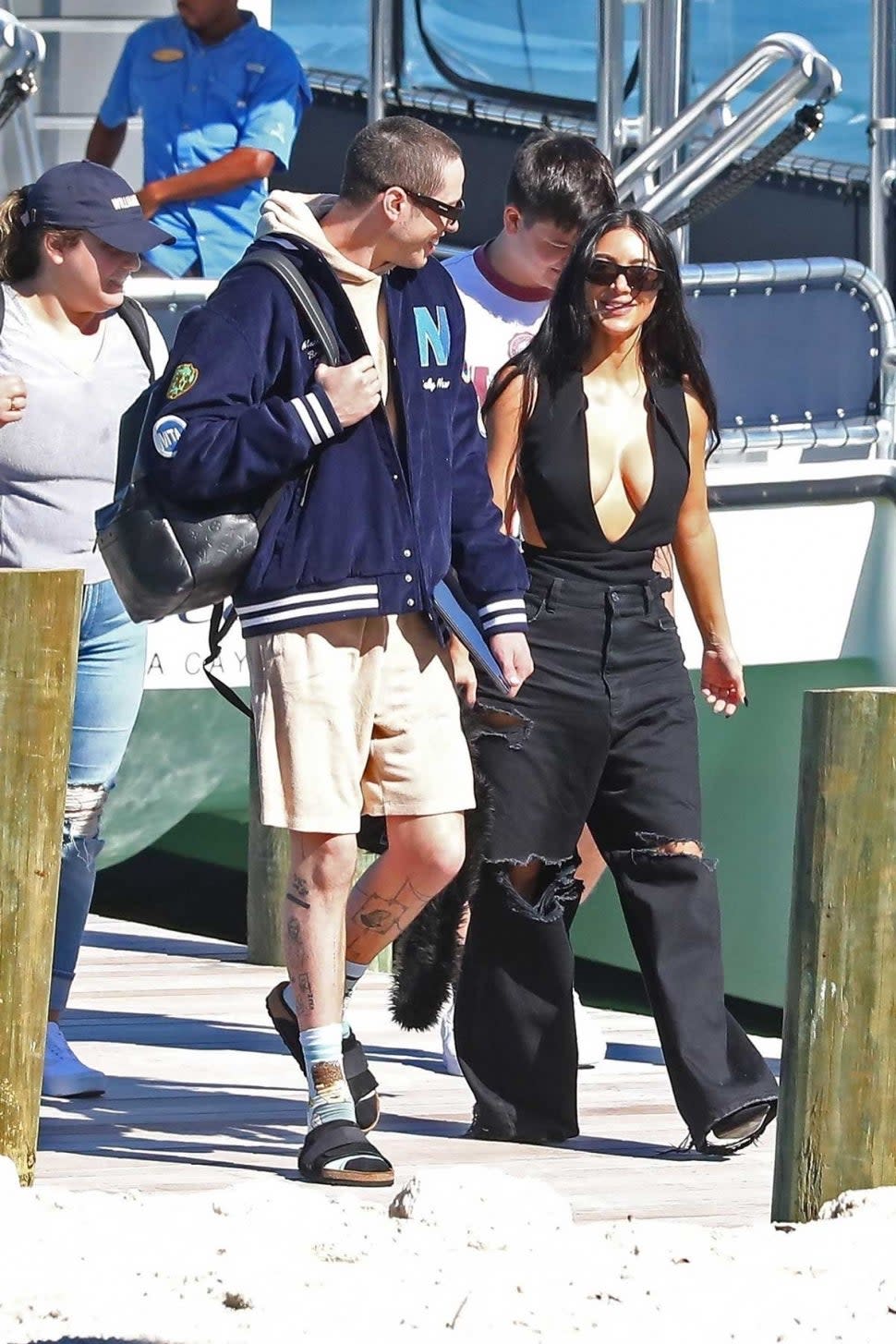 On Thursday, Kardashian also shared a photo on Instagram of herself in a skimpy bikini. Quoting Mariah Carey's 1995 song, "Fantasy," she captioned the selfie, "Sweet, sweet fantasy baby."

A source told ET on Tuesday that Kardashian and Davison were spending some quality time together after being apart on New Year's Eve.

"Kim and Pete are on vacation spending time together. The two weren’t able to ring in the new year since she was with her family in California and Pete was hosting his NYE special in Miami," the source said, adding that they "know they have a busy couple of months coming up with her company rebrand and Pete filming various projects, so they wanted to take some time to spend together before things ramp up." 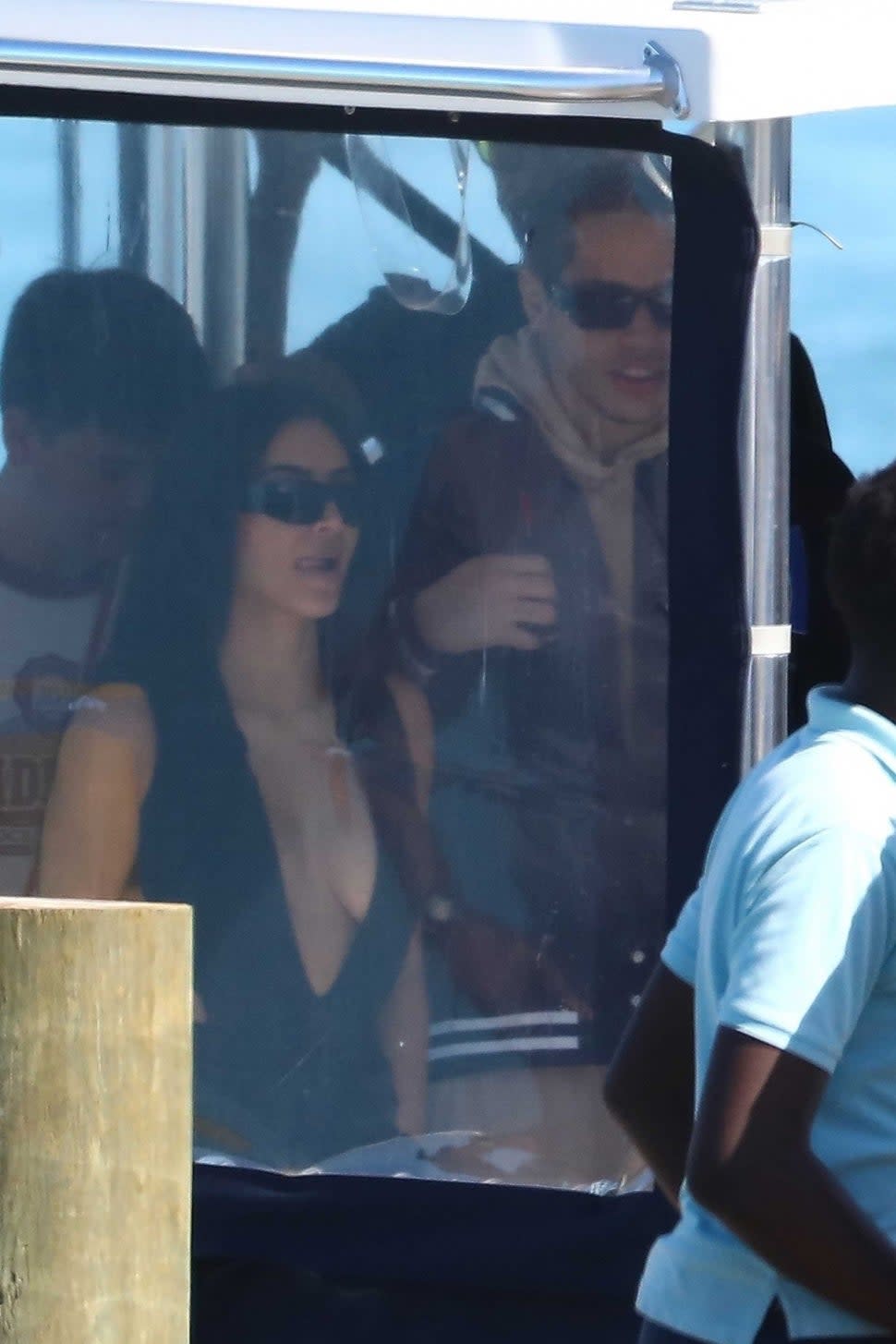 The former Keeping Up With the Kardashians star and SNL cast member were first linked in October, and a month later confirmed their romance with some PDA-filled dates. Kardashian is still in the middle of her divorce from Kanye West, and last month she filed documents to be declared legally single.

West, meanwhile, was spotted out several times with Uncut Gems actress Julia Fox. An eyewitness told ET that West and Fox had dinner at Carbone in New York City's Greenwich Village on Tuesday night and left the Italian restaurant just before midnight. The dinner was after the two reportedly saw the Broadway production of Slave Play.

A source also told ET that West is putting himself back in the dating game and "trying to move on" from Kardashian.

"Kanye has been in good spirits lately and having fun," the source shared. "He's been spending time with friends, going out, and doing his thing. He's been trying to move on from Kim and meet new women. He's dating around and figuring out what he likes in a potential partner."

Kanye West Is 'Dating Around,' Trying to Move on From Kim Kardashian