A man accused of shooting a Pennsylvania police officer last week while handcuffed was captured Tuesday in a neighboring state following a manhunt that involved multiple law enforcement agencies.

Koby Francis, 22, was taken into custody by U.S. Marshals at a Clarksburg, W. Va., apartment complex, the Allegheny County Police Department said in a news release. His arrest came just over a week after he allegedly shot McKeesport, Pa., police officer Gerasimos Athans outside a police station.

Video of the Dec. 20 incident released by investigators shows Athans opening a passenger door to his police cruiser where Francis is seated in the back. Francis allegedly opened fire several times with a weapon he kept hidden even after he was searched earlier.

Authorities said he was able to get his handcuffs out in front of him.

The officer returned fire but there was no evidence that Francis was hit. Athans, 32, a four-year veteran of the department, was wounded in the neck and shoulder. He was taken to a hospital and has since been released.

The events unfolded after Francis was arrested and served a protection order earlier in the day. He was found sitting in a parked vehicle when authorities found a pistol inside and arrested him, police said.

He is now charged with criminal attempt homicide, escape, flight to avoid apprehension, aggravated assault and firearms violations in connection with the shooting. 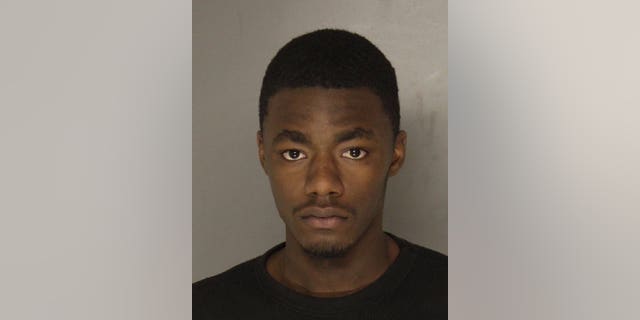 Authorities captured Koby Lee Francis, 22, on Tuesday, more than a week after he allegedly shot a Pennsylvania police officer after he was arrested.
(Allegheny County Police Twitter)

Two people accused of hindering the apprehension of Francis turned themselves in for a Tuesday court arraignment, KDKA-TV reported.

Francis will remain in a West Virginia jail while he awaits extradition to Pennsylvania.

END_OF_DOCUMENT_TOKEN_TO_BE_REPLACED

END_OF_DOCUMENT_TOKEN_TO_BE_REPLACED
Recent Posts
We and our partners use cookies on this site to improve our service, perform analytics, personalize advertising, measure advertising performance, and remember website preferences.Ok