Kristen Davis is opening up about how she tried out for the part of Monica on "Friends."

During a visit to “The Late Late Show with James Corden" on Thursday, Davis, 56, revealed that long before she played Charlotte York on “Sex and the City,” she auditioned for the role of Monica Geller on the hit NBC sitcom. “I think I was about one of like 8,000 young ladies who read for Monica,” said Davis.

Davis was actually pals at the time with Courteney Cox, who of course, went on to land the part of clean freak Monica. “Courteney and I were in the same yoga class at the time and we used to hang out,” she said. “The rest of us were, like, unemployed actor-waitresses types and we would hang out after class."

It was during a conversation with Cox, 57, that Davis learned Cox beat her for the part on the sitcom, which ran from 1994 until 2004.

“One day, Courteney was like, ‘Hey guys, do you want to come car shopping with me?’” Davis recalled, noting that Cox was excited because she’d just filmed a pilot for a show she felt could be a hit. So in true Hollywood fashion, Cox opted to go all out and buy a Porsche.

Of course, Davis later went on to be cast as Charlotte, one of Carrie Bradshaw’s besties on “Sex And The City,” which debuted on HBO in 1998, and she currently stars in HBO Max's reboot of the show, "And Just Like That …" 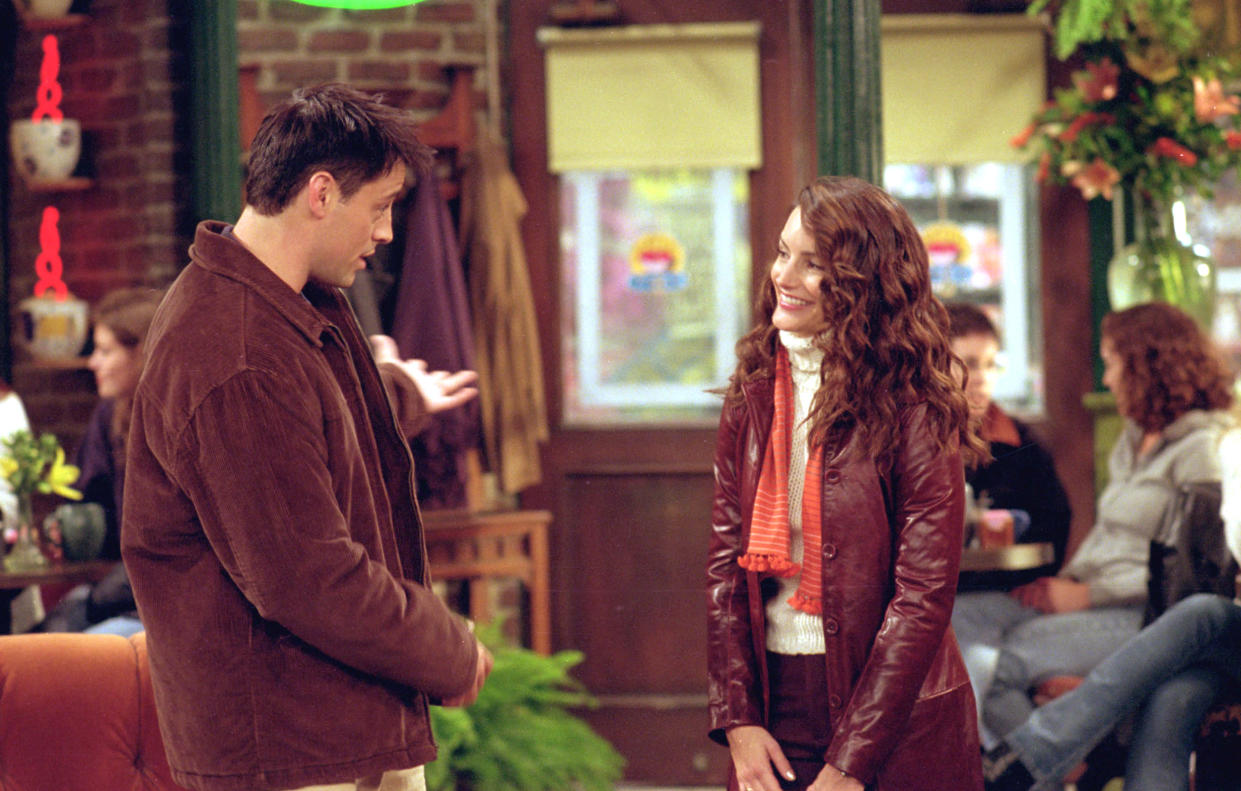 But Davis still managed to make time for a hilarious guest role on "Friends." In 2000, just as "SATC" wrapped it third season, Davis swung by the "Friends" set to play Erin, a woman who briefly dates Joey Tribiani (Matt LeBlanc).

"I remember losing sleep," Davis previously told TODAY about the part. “‘Sex and the City’ was in production, but I was nervous to be the tiny character of Erin, losing sleep, partly because of the live audience, but partly because you’re in this world that has been created that is so alive and so specific and you’re trying to make sure you’re fitting yourself in there properly.

"And I remember, like, ‘Will I set that joke up OK? Will Matt (LeBlanc) be happy? Will I just go blank?’ Things go through your head when you’re in those situations that are heightened like that. Obviously it was the highest of the high at that point.”