Let the truth of Victoria’s past and present be heard

After repeated delays brought on by the state’s lockdowns, Victoria’s inquiry into the impacts of colonisation on Indigenous people, an Australian first, is expected to begin hearings in a few weeks. Charged with the powers of a royal commission to investigate historical and ongoing injustices, it will range across cultural violations and massacres; policing and criminal justice; child protection, family and welfare matters; health and healthcare; and other areas of economic, social and political life.

While its mandate is broad, and its time frame years, at its most elemental it has one purpose: to finally, without fear or favour, hear and document the truth. It is, and will be, a remarkable process we hope all Victorians embrace even though the truth will often be painful. 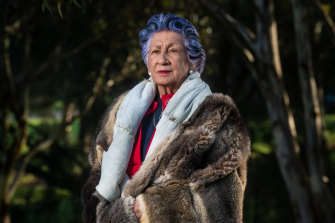 In support of these efforts, and to assist our readers gain a better understanding of this process, The Age is launching its own truth-telling series. We agree that we can’t have true reconciliation and a shared future without first telling the truth of what happened. We know there is never one “truth”; there are many. But there is a story of Victoria that too few Victorians know.

To kick off the series, associate editor Tony Wright has explored what we know about the peoples of Victoria before colonisation. It’s a revealing piece on what is known of a time when Indigenous people tended the landscape and followed rituals many, many generations in the making. The chair of the Yoo-rrook Justice Commission, Professor Eleanor Bourke, writes of her own family’s history – her mother was the daughter of a Wamba Wamba man and a Wergaia woman. All families are unique, but Professor Bourke’s stories of removals, missions and racism are common.

Truth-telling commissions were established from the 1970s in African nations torn by post-colonial conflict. Closer to home, the Commission for Reception, Truth and Reconciliation in East Timor was established in 2001 to investigate human rights violations committed between April 1974 and October 1999, and to facilitate community reconciliation.

Australian Aboriginal people have been calling for such a process for generations on the basis that real progress cannot occur without all citizens understanding what colonisation means to the original inhabitants. It has been a long time coming, and there have been many false starts. It was nearly 30 years ago that then prime minister Paul Keating gave his Redfern speech in which he implored Australians to open their hearts and minds to the Indigenous experience.

There will be many parts to this series, but we want it to be hopeful as well as sobering. Indigenous Victorians have survived. First Nation culture is rich. The contribution of Indigenous people to all aspects of this state is immense.

A few may accuse the process of being a black-armband view of Australia. But how can Australia’s history be whole when we acknowledge only the parts we want to hear and celebrate. There has been progress in recent decades in recognising the impact of colonisation and Indigenous resistance, but knowledge of those truths remains scant for most Australians. It will be confronting, and for many Indigenous peoples, painful to share. The stories are theirs to tell, and they should do so with the full support of the state. The Age commits to ensuring these stories reach a wide audience, with the balance and fairness they deserve.