Home » World News » Little girl, 1, run over and killed by grandad's caravan as she played in puddles on first day of camping holiday

Little girl, 1, run over and killed by grandad's caravan as she played in puddles on first day of camping holiday

A 20-MONTH-OLD toddler was run over and killed by her grandfather's caravan as she played in puddles on the first day of camping holiday, an inquest heard today.

Josephine Gordon – known as Josie – died at the scene of the accident at Little Trethvas farm campsite near Helston on The Lizard in Cornwall. 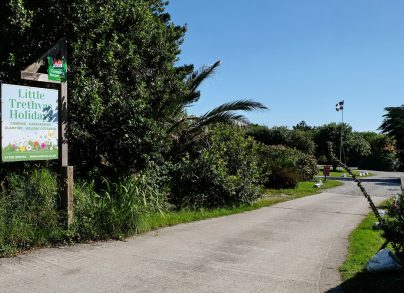 The tragedy happened after Josie and her parents travelled down in their camper van from their home in Cotgrave, Nottingham to meet up with her family.

Josie had been playing in puddles in her Peter Rabbit wellingtons and blue puddle suit on the gravel track ground just minutes after her grandparents arrived in their car towing the caravan.

She said: "Josie was playing in the puddles at the back of the caravan. She was having the time of her life."

Josie was just a metre away from them when her grandad Ian Gordon moved off his car and caravan to get to their pitch.

Hannah said it was "just rolling forward under control" when she spotted her daughter on the ground.

She said: "It felt like seconds between seeing her playing in the puddles to seeing her on the floor."

'NOT A SPICE GIRLS REUNION'

Harry Gordon scooped up his daughter but blood was pouring from her nose and mouth.

Harry gave his daughter CPR and mouth to mouth, but she was declared dead at the scene by paramedics, the inquest at Truro Coroner's Court heard.

Hannah said:"I don't know what happened. I have wondered if she crawled under the caravan to get something. I just don't know.

"Josie always stayed close by and never ran off. She loved being near us."

She said her only child was "confident and happy" and "showed me what happiness is".

Harry Gordon said he noticed his dad's caravan "rock" as it moved off and said he was left in 'total disbelief' at the tragedy.

He said: "She was absolutely magic and always happy and not crying. Nothing overwhelmed her."

Retired marketing and communications manager Ian Gordon said:"There was nothing in front of me. I checked my wing mirrors. I pulled forwards very slowly.

"I was going forward for a few seconds, I heard Harry shout 'Josie's been run over by the caravan', I stopped and Harry picked her up."

He said that he feels "painful memories and constant grief" over the death of their only grandchild and said "her short radiant life had been displaced by darkness".

The senior Cornwall coroner Andrew Cox was told a car towing a caravan had been crawling along the track when the driver felt a slight bump – and Josie had been run over by the wheels of the caravan.

A post mortem by Dr Thomas Grigor said Jose died from blunt force head and chest trauma and he said the toddler would have died instantly and her injuries had been unrecoverable.

The sunshine she brought into all out lives will shine forever

PC Francis Mitchell arrived at the scene and said Jose's mother Hannah was crying 'my baby, this is my baby – where is the ambulance'.

PC Justin Hain said there were no speeding or vehicle defect issues and no one would face prosecution from the incident.

A family member, Gavin Cox, read out a family statement and said: "Josie was a happy, vibrant and beautiful force of nature.The sunshine she brought into all out lives will shine forever."

"I cannot begin to imagine how difficult this has been for the members of the family, particularly Josie's parents. This is a tragic set of circumstances."

He said the injuries to her head and chest suggests that she was struck by the shock absorber mounting bracket and then run over by the caravan's wheel.

Coroner Mr Cox recorded a road traffic collision conclusion and said Mr Gordon senior "had just not seen Josie playing innocently in a tragedy which unfolded in a few seconds".