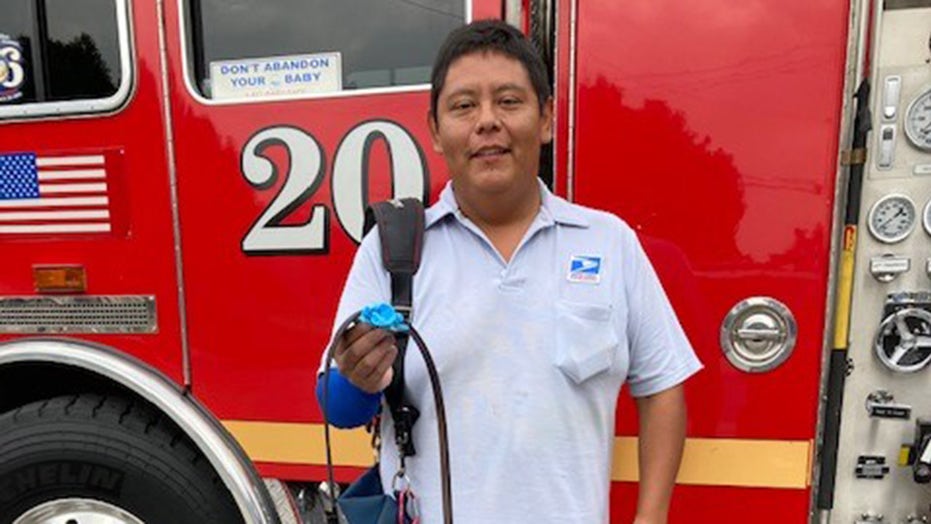 Los Angeles sheriff officials are hailing a mailman as an “everyday hero” after he saved the life of a bleeding man who sliced up his arm with a chainsaw.

Postal carrier Fernando Garcia was working his route in Norwalk on Friday when he heard cries for help and saw the man on the ground covered in blood.

A quick-thinking Garcia took off his leather belt and fashioned a tourniquet with it to stop the injured man from bleeding to death, CBS 2 Los Angeles reports. 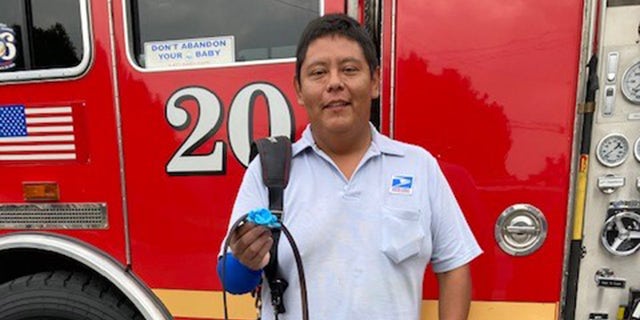 Mailman Fernando Garcia showed off the leather belt he used to stop a man from bleeding to death after cutting himself with a chainsaw.
(Los Angeles County Sheriff’s Department)

Garcia said he got the idea to use his belt from watching movies, according to the station.

They said the injured man was expected to recover thanks to Garcia.

“When I first heard that story, I said, ‘Hey that’s a great tweet,'” Lt. Pauline Panis told the station. “I think we should let everybody know that anyone can make a difference, from kids to adults, and it’s a good story. And it’s a heartwarming story.”

END_OF_DOCUMENT_TOKEN_TO_BE_REPLACED

END_OF_DOCUMENT_TOKEN_TO_BE_REPLACED
Recent Posts
We and our partners use cookies on this site to improve our service, perform analytics, personalize advertising, measure advertising performance, and remember website preferences.Ok