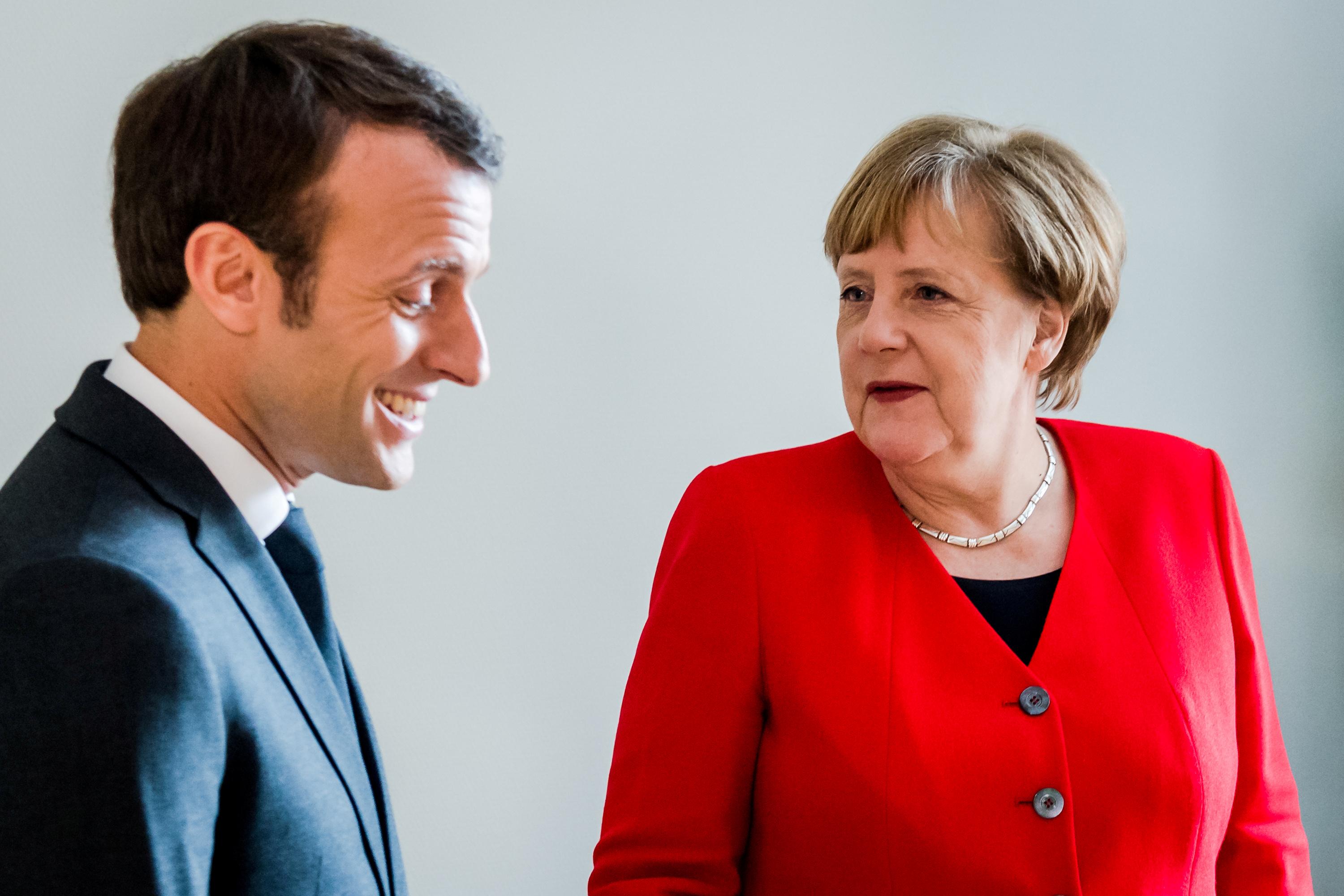 GENEVA (Reuters) – French President Emmanuel Macron said on Tuesday that he would support German Chancellor Angela Merkel if she were to seek to succeed Jean-Claude Juncker as president of the European Commission.

The German leader has said she will retire from politics when her fourth term runs out in 2021. But some in the bloc hope she will reconsider, given her vast experience and commitment to the EU.

Macron, asked in an interview with Swiss French-language television RTS whether he would support a Merkel candidacy, said that he could not speak for her.

“But if she wanted it, I would support her,” he said. “Of course I would, because firstly I think we need someone strong. Europe needs new faces and strong faces, so we need personalities that in effect embody that.”

Macron and outgoing Council President Donald Tusk are among those demanding that women be chosen to fill two out of four senior posts – Commission chief, Council president, head of the European parliament and the EU’s top diplomat.

In Brussels on Tuesday, Juncker, who steps down on Oct. 31, was asked if he thought Merkel could change her mind and go for a top EU job: “I don’t think so,” he said.

Macron and Merkel each addressed the International Labour Organization (ILO) in Geneva earlier in the day, but had no scheduled bilateral meeting, diplomats in each delegation said.