DAKAR (Reuters) – Bodies recovered from a massacre of almost a 100 people by a Malian ethnic militia included at least 24 children, many of them shot in the back, the prime minister said during a visit to the crime scene on Tuesday. 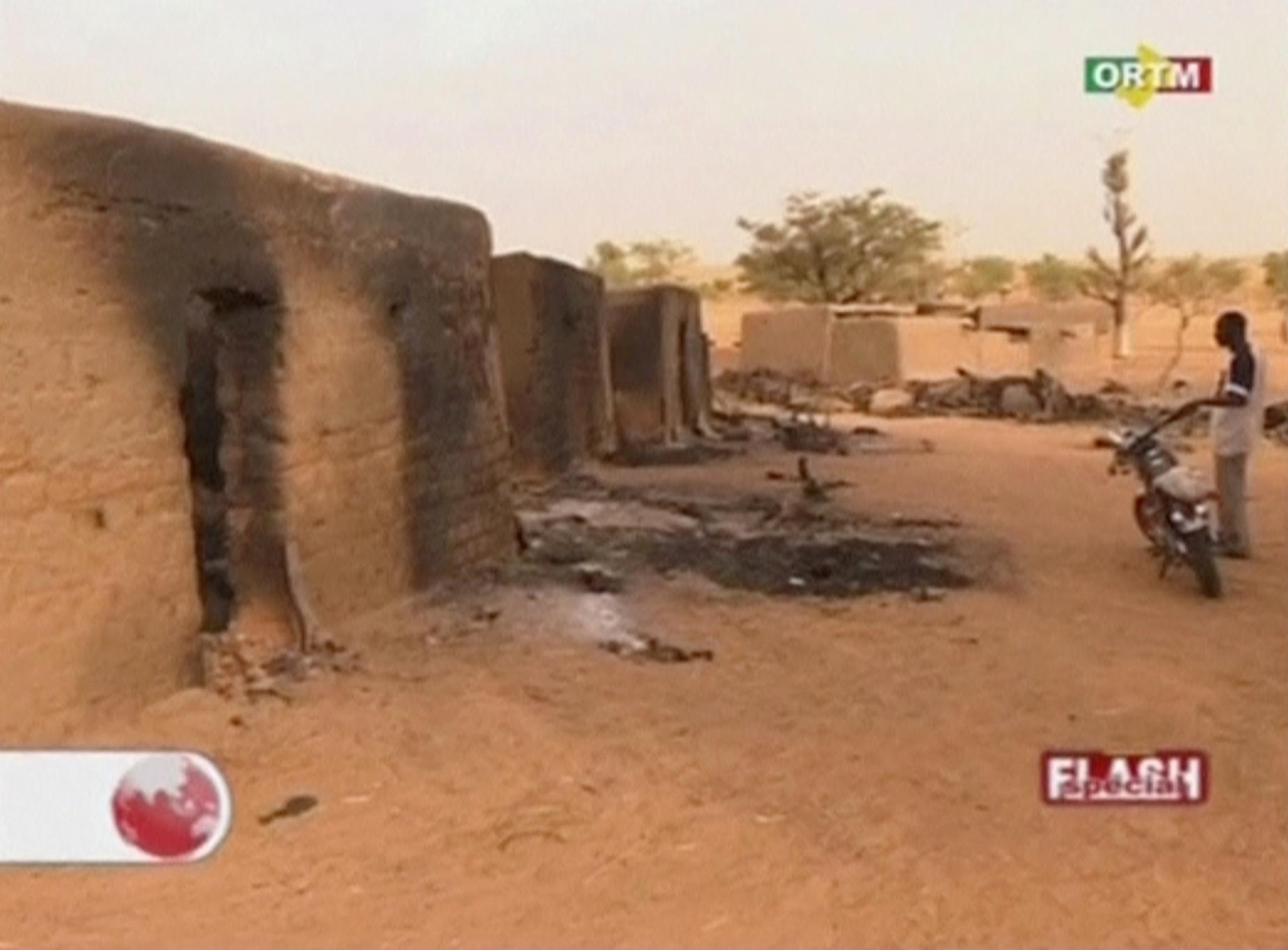 Attackers believed to belong to the Fulani ethnic group raided the rival Dogon village of Sobane Da, in central Mali, between Sunday and Monday.

They killed at least 95 people and burned houses to the ground, in an escalation of the tit-for-tat ethnic slaughter that has engulfed the mostly Saharan nation this year.

“All these victims of horror and barbarity remind us of our responsibility as leaders to reinforce and accelerate security,” said Boubou Cisse, who became prime minister in April after his predecessor stepped down following an earlier massacre by Dogon gunmen on a Fulani village in March.

“May the soul of these innocent victims of discord and hatred rest in peace.”

Violence between Dogon hunters and Fulani herders has killed hundreds since January, including an attack in March in which gunmen killed more than 150 Fulani, one of the worst acts of bloodshed in Mali’s recent history that forced a resignation by its then prime minister and government.

Islamist militants have long exploited tensions between ethnic groups in the Sahara and Sahel to boost recruitment and sow chaos, efforts which now appear to be bearing fruit.

Figures from the Armed Conflict Location & Event Data Project (ACLED) show intercommunal violence overtaking jihad as a leading cause of death in Mali for the first time this year.

Malian authorities have launched a criminal investigation into the latest atrocity, and local officials say 35 bodies have so far been identified at the massacre site.

Malians have grown increasingly frustrated by failures of the government of President Boubacar Keita to protect them from both jihadist onslaughts and ethnic reprisals.

Despite a 4,500-strong French force in the Sahel region, jihadist attacks have multiplied since they first intervened in 2013 in an effort to push back Islamists and allied Tuareg rebels who had taken over the northern half of the country, while ethnic conflicts have turned bloodier than ever.

END_OF_DOCUMENT_TOKEN_TO_BE_REPLACED

A man has given hope to all of us by winning an appeal to over turn a parkingfine. Tim Hall, 63, who is a regular customer at his local Marks and Spencer branch in Cornwall, was given a parking fine, despite having nearly a full hour left on the ticket

END_OF_DOCUMENT_TOKEN_TO_BE_REPLACED

Rihanna is making moves in the fight for climate change. The “Rude Boy” singer, 33, has donated $15 million through her Clara Lionel Foundation to 18 organizations fighting climate change, which was done in partnership with Twitter co-founder Jack Dorsey’s #StartSmall philanthropic initiative, per PBS. The Barbados native specifically selected