Accused paedophile Malka Leifer wants to watch the hearing that determines whether she faces trial on a video link from prison rather than attend court in person, her lawyer has said.

Ms Leifer is in custody, on remand, after being charged with abusing three of her then students when she was principal of the Adass Israel School in Elsternwick between 2004 and 2008. She was extradited from Israel earlier this year. 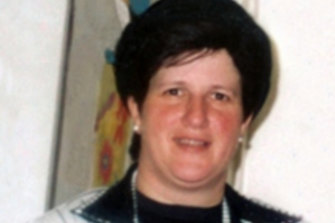 Malka Leifer is accused of abusing three of her former students when they were girls.

Previous hearings in the Melbourne Magistrates’ Court were told the three women who allege they were abused by Ms Leifer want to attend court in person when they give evidence. That hearing, due to start on September 13, will determine whether Ms Leifer faces trial in a higher court.

But it was Ms Leifer’s preference to watch the five-day hearing on a video link from prison, defence lawyer Lucinda Thies told the court on Friday.

“My client is not seeking to be physically present [in court],” Ms Thies told magistrate Johanna Metcalf.

“Indeed it would be her preference to appear via a video link.” 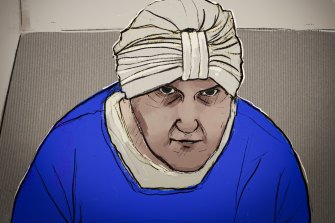 A sketch of Malka Leifer from a court hearing earlier this year.Credit:Mollie McPherson

Ms Leifer, 54, was excused from watching Friday’s hearing. The COVID-19 pandemic has meant most court hearings in Victoria are conducted online or via video link but it is possible for some to be held in person.

Ms Leifer faces 74 charges comprising 11 counts of rape, 47 of indecent assault, three of sexual penetration of a child and 13 of committing an indecent act with a child.

She maintains she is innocent.

She left Australia for Israel in 2008 when allegations against her emerged. She was charged in 2012 and extradition hearings began in 2014.

The legal fight to have her return to Australia lasted six years and included more than 70 court hearings in Israel.

If you or anyone you know needs support, you can contact the National Sexual Assault, Domestic and Family Violence Counselling Service on 1800RESPECT (1800 737 732).