Coast Guard airmen arrived to the Crater Lake — a dormant volcano near North Bend — at around 4:30 p.m. on Monday after receiving a call for support from park rangers, who said a man had fallen 800 feet into the caldera.

An air crew descended about 600 feet into the crater with a rope team via helicopter. They said they could hear the man yelling for help from below. 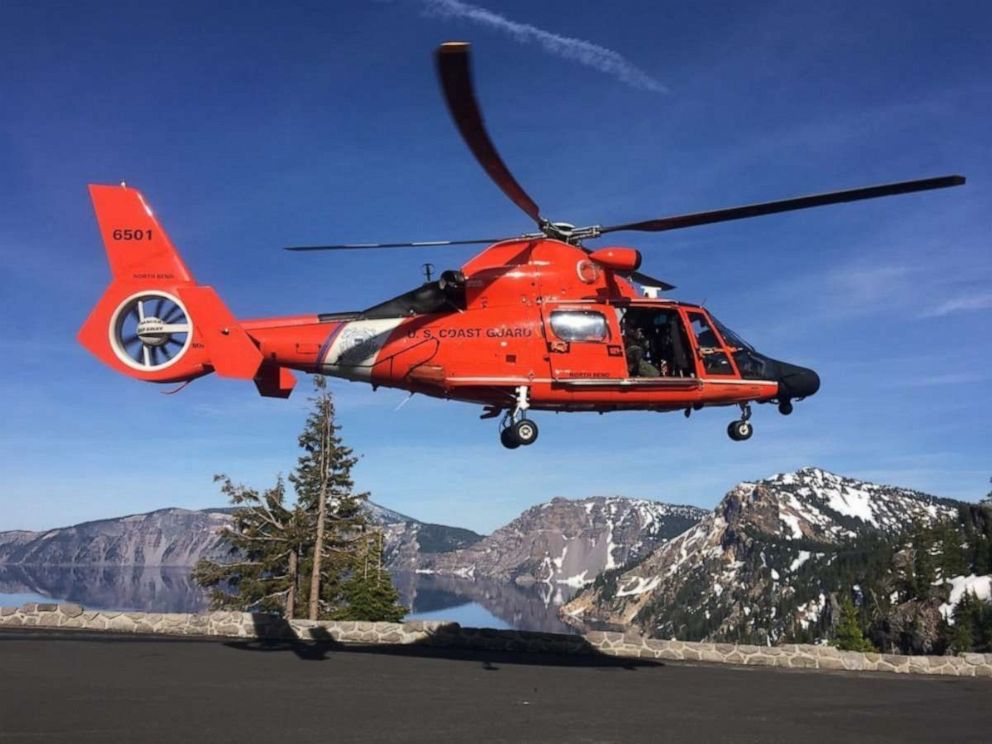 “The aircrew was hovering above the injured man within 15 minutes of arriving on scene and conducted the hoist before landing in a nearby parking lot and transferring the injured man to the AirLink helicopter crew,” it added.

Officials with the Crater Lake National Park posted images from the scene on its Facebook page, capturing Coast Guard officers as they arrived to rescue the man. 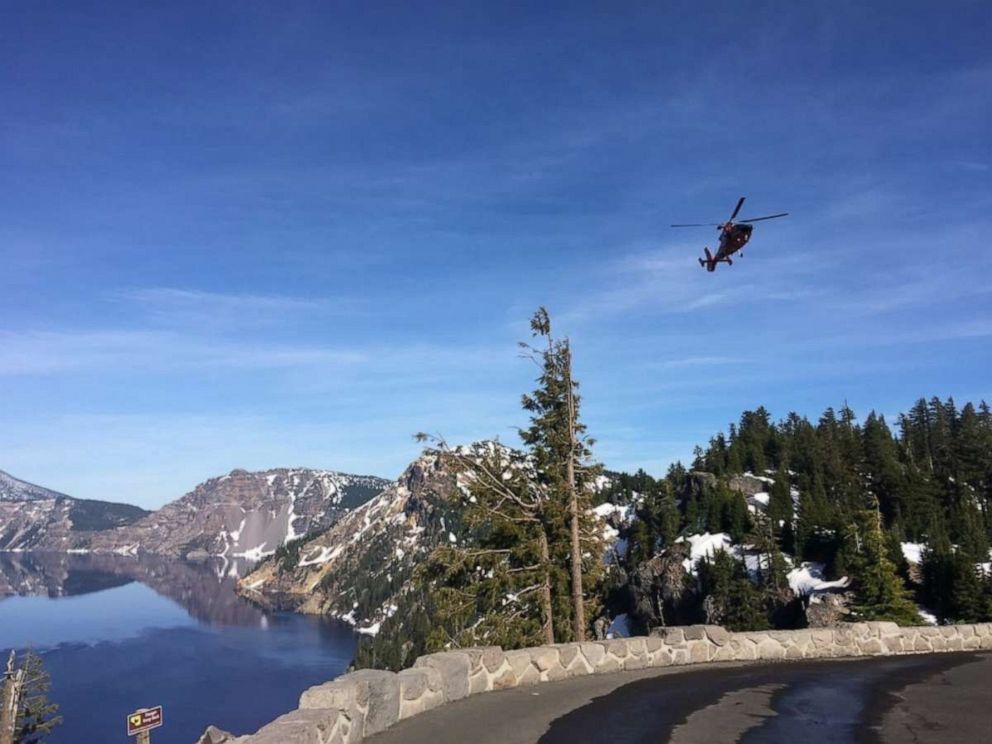 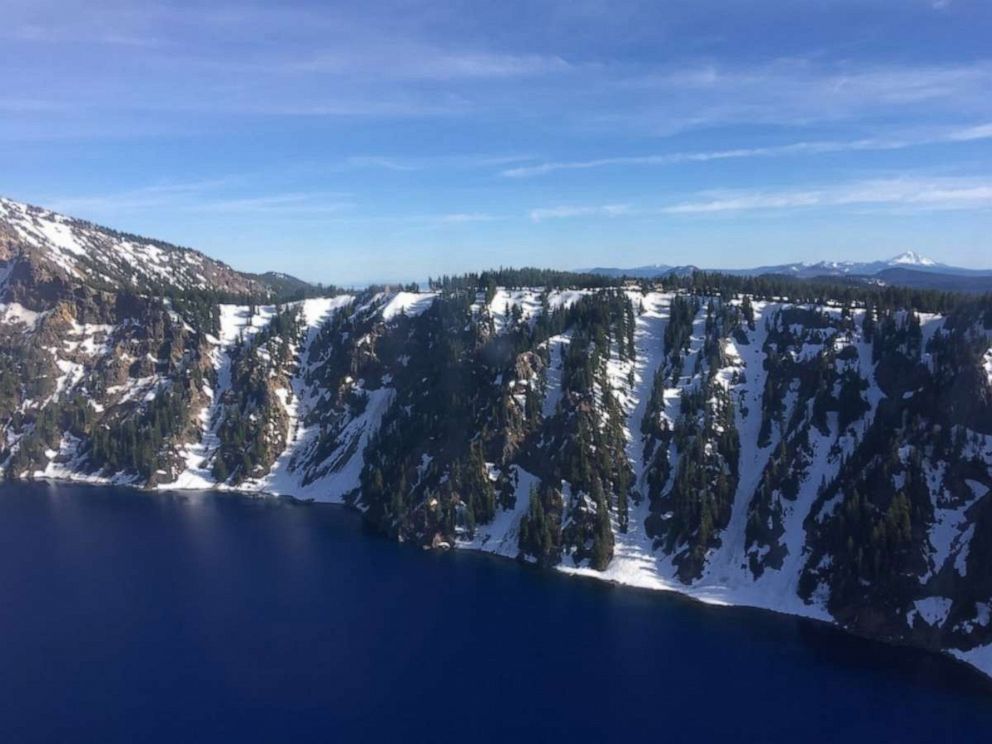 “A big THANK YOU to all who helped in this effort,” the park wrote. Officials said the extent of the man’s injuries and his condition were unknown as of late Tuesday. The man’s identity has not been released.

Crater Lake did not offer information about how the victim may have fallen in, but it previously warned visitors about the dangers of getting too close to the sleeping volcano’s edge.

“A few times every year, visitors get too close and fall, often resulting in severe injury or death,” Crater Lake said in a statement in May. “Rocks and snow near the edge of the caldera are unstable and may give way without warning. Overhangs of snow called cornices build up over the winter, and it might look like you’re standing on solid ground when you’re actually standing on a thin layer of snow hanging over air.”

“We try our best to mark the edge in the most popular areas of the park, but it’s just not feasible or desirable to rope or fence off the 33 miles around the lake,” it added.