A Marine veteran in Florida was shot and killed last week during a road rage shootout that occurred as he tried apologizing to a driver for cutting her off in traffic.

Keith Byrne, 41, was driving a utility vehicle on April 7 when he cut off the driver of a BMW in the Miami suburb of Davie, WFOR-TV reported. A friend who was on the phone with Byrne at the time said he waited for the car to pull up to a stoplight so he could apologize. 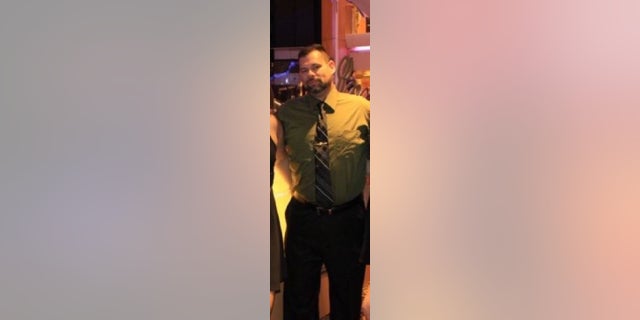 Keith Byrne, 41, a Marine veteran, was shot and killed last week during a road rage episode in Florida.
(GoFundMe)

A passenger in the BMW, Andre Sinclair, 22, got out and shot Byrne in the chest as he sat in his truck. Byrne fired back with his own weapon, hitting Sinclair twice.

“Mr. Byrne was acting in self-defense when he ultimately fired back at Mr. Sinclair,” Davie police Sgt. Mark Leone told the news station.

Both men held concealed-carry permits, according to the South Florida Sun-Sentinal.

Byrne died at the scene; Sinclair was taken to a hospital, where he died two days later.

“Driving there, I didn’t want to believe it," Byrne's son, Justyn, said. "I figured, I would get there and he would be: ‘Oh, there’s a misunderstanding.' He would be there and clear things up for me. But that’s not how things worked out for us."

Police said the driver was Sinclair's girlfriend, and their 19-month-old daughter sat in the back.

"Road rage can happen anywhere at any time," Leone said. "Out there on the roads, we must share the roads with everybody. Everybody is trying to get somewhere, school, work, home. … Everybody is in a rush to get somewhere. But when we start letting our tempers get involved, bad things happen."

Police said Sinclair would have been judged as the aggressor in the case had he lived. Byrne's family said he will be buried at the South Florida National Cemetery in Lake Worth later this month.