Home » MasterChef serves up an advertising break from tradition

MasterChef serves up an advertising break from tradition

My superpower is an extremely specific one. I have the uncanny ability to magically peer into the future, but only four seconds into the future, and only when I’m watching MasterChef and an ad break is coming up. Then I transform into Katzman, mystical predictor of the MasterChef Fiery Explosion Visual Effect.

What I do is truly freakish: I am somehow able to read the stressed-out faces on contestants, spot the camera-close-ups on cooking mishaps, hear the escalating musical tension – then I yell “The fiery explosion is going to happen in four … three … two … NOW!!!” And I’m right on it, I get it every time: my wife is dazzled, the dog is dazzled, the neighbours are dazzled ( I yell “NOW” with tremendous vigour). 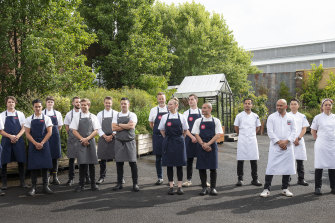 In fact, I only watch MasterChef for the Fiery-Explosion Foreseeing: I’m not interested in the cringey crying contestants who always seem to be running for ice-cream machines. I don’t care for that dark-bearded judge who’s always dressed like he’s in a ’70’s sci-fi movie where they’re trying to imagine “future civilian wear”. I’m not into any TV show where someone can look at something pink and meaty, and say “How about the crust on that?” (Unless it’s Embarrassing Bodies: then it makes sense).

So because I only watch MasterChef for the four seconds before the fiery explosion, I have to sit through about 400 ads that come immediately after the fiery explosion. I haven’t watched ads for years: I usually watch streaming TV, or I’ll flick over to another free-to-air station, watch something else for a bit, and flick back to my program exactly when the ad-break is finished (it’s my other superpower. I am Katzman, the Master Remote Controller, enemy of the “Tradie Pits n Bits” ad).

But the other night, I was a micro-second late in flicking away – a TV ad started, and it piqued my interest so I kept watching. It was an ad for an insurance company and what surprised me was … pretty much everyone in the ad was a person of colour. For as long as I remember, the only people of colour on Australian TV ads were sun-bronzed lifesavers or Italian puppets with a Dolmio grin.

“That’s promising”, I thought to myself. “An advertiser has realised that this not just a land of Anglos with blonde hair and blue eyes. That this is a culturally diverse society, and everyone deserves representation” – it was a long, convoluted, and overly-earnest thought, and by the time I’d finished thinking it, the next ad had started. 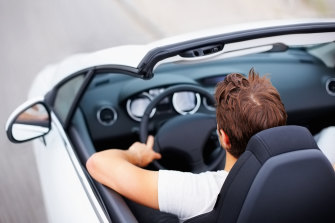 For as long as I remember, only white men drove cars in Aussie TV ads.Credit:iStock

This ad was for a car … and a non-white woman was driving the car. Amazing: for as long as I remember, only white men drove cars in Aussie TV ads, with women either in the passenger seat, or perving at the car as it drove past like they wanted to have sex with it.

Now I was hooked on ads: I couldn’t stop watching – I counted seven ads in a row featuring multicultural people, equal-gender situations, or same-sex relationships. “This is no anomaly” I thought to myself, “There’s been a cosmic shift in the advertising landscape and we are finally seeing a wonderful, true vision of modern Australia!” Then a promo-ad for Peter Helliar’s How To Stay Married came on, and the whitey-whiteness hurt my eyeballs. Arghhhh! Make it stop! The whiteness burns! Arghhhh!

Thankfully MasterChef restarted and my eyeballs got distracted: there was important Fiery Explosion Foreseeing to do. I leaned back on the couch in a relaxed superhero pose, concentrated intensely, and began my countdown: “Okay, fiery explosion is probably several minutes away … still not happening yet … getting a bit closer … four … three … two …”

Danny Katz is a Melbourne humorist.