McDonald's runs out of HASH BROWNS in Taiwan

McDonald’s has run out of Hash Browns in Taiwan and limits fries to small-size one for a second time in Japan doe to global supply chain havoc.

McDonald’s put up signs in some storefronts announcing the suspensions while the item is listed as ‘temporarily unavailable’ on its menus.

‘There is a shortage of hash browns in McDonald’s restaurants and sales will be temporarily suspended after they are sold out,’ a statement posted on the company’s website said.

‘We thank customers for their support and we are sorry for the inconvenience,’ it added.

Supply chain shortages have rippled across the globe during the coronavirus pandemic affecting everything from building materials, wood and food to books, microchips and electronics. 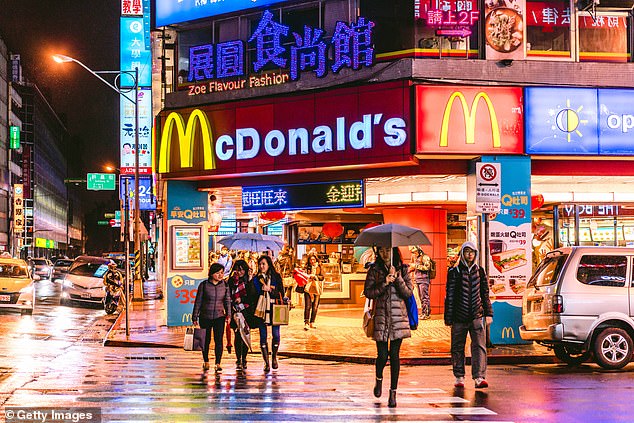 McDonald’s Taiwan said Friday some of its stores were running out of hash browns imported from the United States and would have to suspend sales due to ‘unstable global shipping supply’. Pictured: A McDonald’s outlet in Taipei (file photo, 2016)

McDonald’s Taiwan said it aims to resume selling hash browns in the second half of this month after restocking, and added that sales of French fries are ‘normal’.

Meanwhile, Japanese customers will have to settle for a small serving of McDonald’s fries for the next month or so after the fast-food chain said it was limiting portions due to shipping problems.

McDonald’s Holdings Company Japan said in a statement on Friday that the impact of flood damage on the port of Vancouver and other disruptions since last year would delay an expected shipment of potatoes from North America.

McDonald’s said that from Sunday it would sell only S-sized fries for about a month ‘to make sure we have plenty of inventory and our customers can enjoy McDonald’s fries without interruption.’

The fast-food chain took the same step for a week at the end of December at its roughly 2,900 branches in Japan.

Japan represents one of McDonald’s largest consumer markets outside of the US anywhere in the world.

This isn’t the first time that McDonald’s have been affected by global supply chain issues.

In October, McDonald’s restaurants in the UK were plagued by a shortage of its popular Chicken Legend burger – resulting in stores removing it from their menus.

McDonald’s initially said supply chain woes were ‘impacting the availability’ of the Chicken Legend and that it was working hard to return the item as soon as possible. 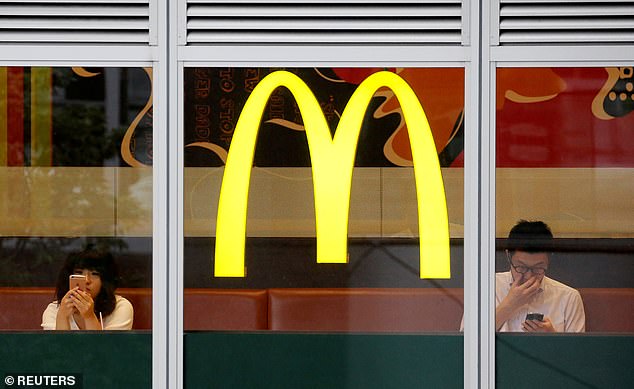 Customers using mobile phones, are seen through the windows of a McDonald’s store in Tokyo, Japan July 22, 2016. Japanese McDonald’s are experiencing a shortage of fries

In a later statement to Mail Online it said the item should still be available inside restaurant chains, just not for delivery orders.

While in August, restaurants were also hit by a shortage of milkshakes as supply chain issues took hold.

Since September, countries around the world, including Japan, the UK, the US and Canada – where the potatoes are imported from – have been battling snarled supply chains.

Ships have spent days off the coasts of the world’s major ports, unable to unload their cargo due to a shortage of delivery drivers and technical staff.

Container ships have plied their routes with their vessels only partially loaded, due to logistical issues in ports and warehouses.

The crisis has led to fears that stores and restaurants would not have enough supplies for the holidays. 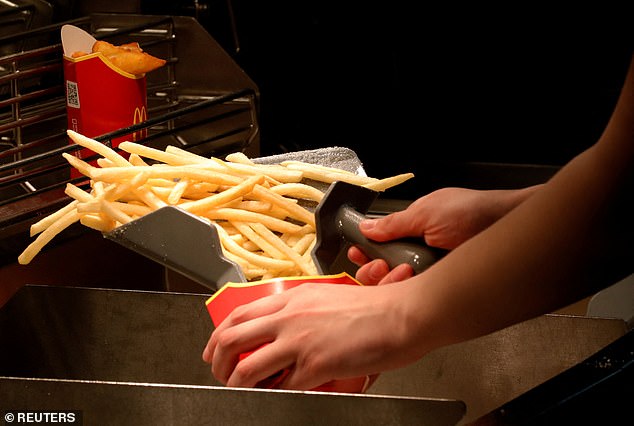 An employee cooks French fries at a McDonald’s restaurant in Moscow, Russia April 24, 2018

The potato shortage came amid a busy period for fast food restaurants in Japan – which traditionally sees rival KFC dominate the festive market.

For 51 years, many families in Japan have turned to KFC as their meal on Christmas Day.

The manager of the country’s first-ever KFC store initially marketed ‘party barrels’ as an alternative to roast turkey on Christmas day.

The campaign proved so successful that it was eventually launched nationwide in Japan and has since become a tradition for many families.

In 2019, it was estimated that Christmas sales of KFC represented around five per cent of the company’s total annual revenue in Japan.

And in a bid to dethrone KFC as the festive fast-food favourites, McDonald’s has launched a campaign pushing chicken nuggets as an alternative to turkey.