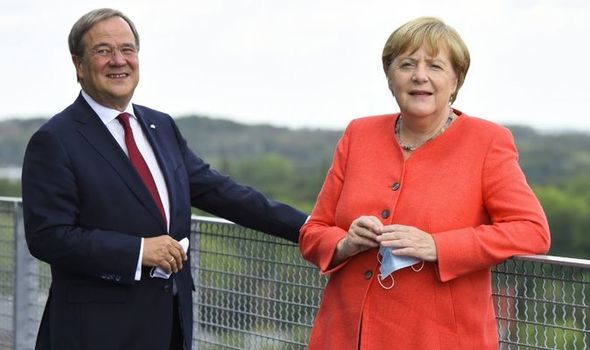 The party looks set for victory in North Rhine-Westphalia where state premier Armin Laschet has made no secret of his ambition to succeed replace Ms Merkel. Mr Laschet is seen as a centrist who has been positioning himself as the party’s continuity candidate.

The 59-year-old was a loyal defender of Ms Merkel’s hugely unpopular refugee policy in 2015.

He has sought to broaden his national appeal by teaming up with Health Minister Jens Spahn, who appeals to some on the CDU’s more conservative wing.

Mr Laschet had hoped to increase CDU support to boost his standing ahead of a December party leadership showdown.

But exit polls from today’s vote showed backing for the party slipped 1.5 percent from the last local elections in 2014 to 36 percent. 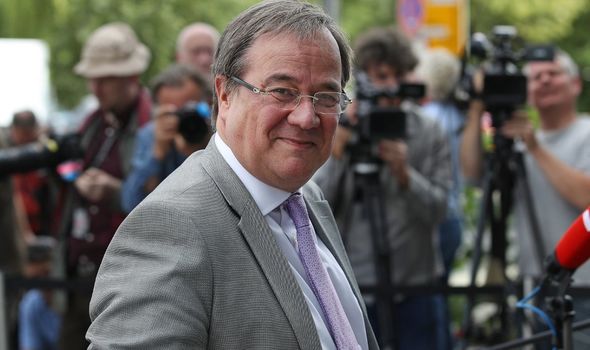 The left-leaning Social Democrats (SPD) came second with 23.5 percent, down 7.9 percent, and the Greens third with 19 percent, up 7.3 percent.

The far-right Alternative for Germany (AfD) took 6 percent of the vote, the liberal Free Democrats (FDP) 4.5 percent and the far-left Linke 4.0 percent.

The elections were the first in Germany since the coronavirus pandemic hit the country but voter turnout was still up 1.5 percent compared with 2014. 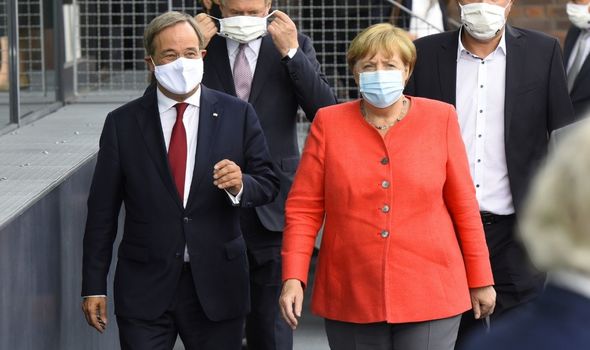 He emerged as one of the most prominent voices calling for the of relaxing social distancing restrictions but then found himself forced to co-ordinate Germany’s first “second lockdown” following a COVID-19 outbreak at an abattoir in Gütersloh.

This episode left many voters feeling Mr Laschet was more concerned with local business lobbyists than the welfare of the country as a whole.

More than 14 million people were entitled to vote in today’s elections, in which voters chose local town councillors.

The elections come as the CDU looks ahead to a congress in December when it must choose a new leader.

The new CDU chairman will be in pole position to be the party’s chancellor candidate, though in theory the leader of its Bavarian sister party, the Christian Social Union (CSU), could run as the candidate for their alliance, dubbed “the Union”.

Ms Merkel, in power since 2005, has said she will not seek re-election in federal elections due by October next year.

She has already had to tear up her succession plan once after her choice as leader Annegret Kramp-Karrenbauer, who took charge of the CDU in December 2018, quit a year later after a series of bitter internal power struggles.

END_OF_DOCUMENT_TOKEN_TO_BE_REPLACED

END_OF_DOCUMENT_TOKEN_TO_BE_REPLACED
Recent Posts
We and our partners use cookies on this site to improve our service, perform analytics, personalize advertising, measure advertising performance, and remember website preferences.Ok