Downpours are expected to disrupt travel, bringing major delays to northern England and most of Scotland.

Between 15mm and 25mm of rainfall could fall in parts Scotland around midday – with upwards of 40mm expected in the following hours.

While the rainfall will fade away in the evening, the calm won’t last long as another yellow warning is set to be issued.

On Thursday, the danger to life warning will be in effect with heavy rains being forecast for Scotland, North West England, North East England, the Midlands and Yorkshire. 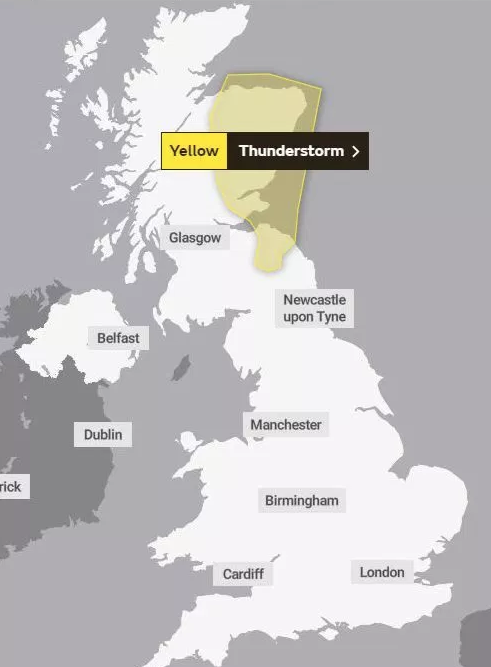 Homes will be at risk of flooding and the downpour is expected to bring travel chaos to the regions.

A Met Office spokesman said: “Heavy showers and thunderstorms may cause some travel disruption and flooding in paces during Thursday afternoon and evening.

“There is a small chance of fast flowing or deep floodwater causing danger to life.”

The miserable conditions will continue into Friday when thunderstorms will rage across the UK. 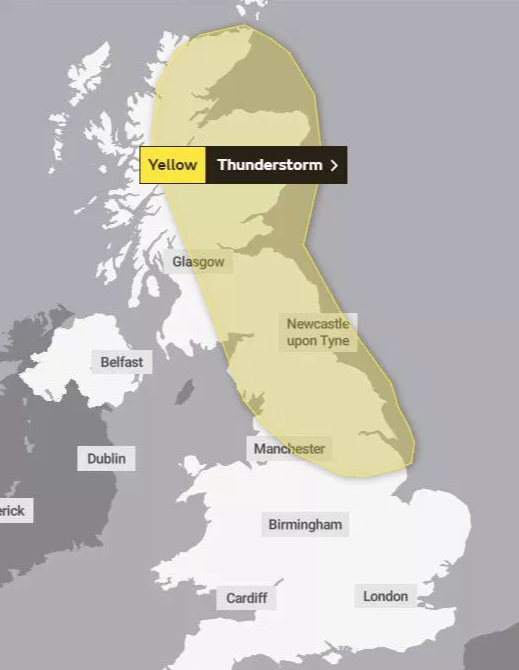 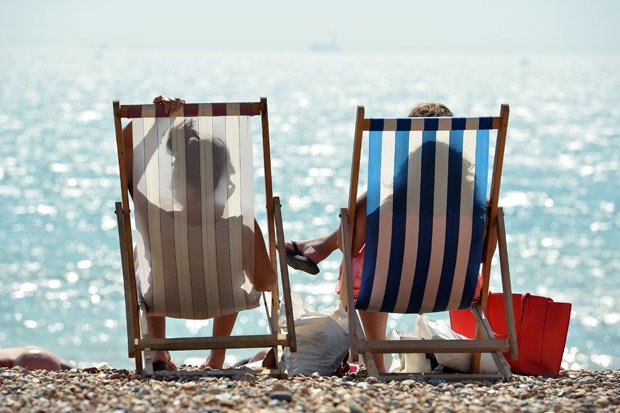 “Heavy showers and thunderstorms may cause some travel disruption ”

Fortunately, the dire weather will give way and forecasters predict further heatwaves.

Leon Brown, a Weather Channel meteorologist, said: “These spells are forecast to occur like waves every two weeks or so, with the next hot spell in mid-July then in early August, late August and early September.

“Plumes of heat are forecast from Africa, bringing thunderstorms, with cooler Atlantic periods and some rain in between.