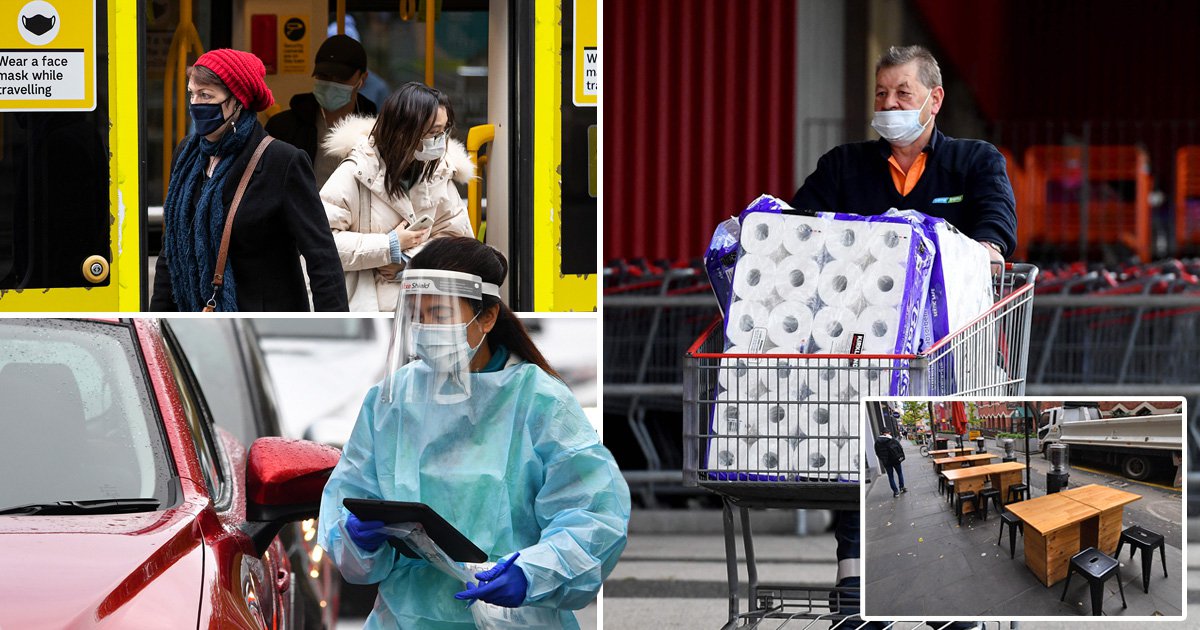 In Melbourne, a cluster of new cases of the virus swelled to 26 on Thursday after 12 infections were identified overnight. The number of virus-exposed sites has now risen to 150.

It is thought the strain of the virus, first detected in India, takes just one day to infect another person, compared with the five or six-day gap required of other variants, Victoria state Acting Premier James Merlino said.

He told reporters: ‘We’re dealing with a highly infectious strain of the virus, a variant of concern, which is running faster than we have ever recorded. Unless something drastic happens, this will become increasingly uncontrollable.’

The lockdown will take place from 11.59pm (1.59pm GMT) on Thursday and will last until June 3, with people only allowed to leave their homes for essential reasons, such as work, healthcare or to shop for food.

Victoria state Chief Health Officer Brett Sutton said he ‘absolutely expects’ more positive cases to emerge in the coming days due to the virulent nature of the variant.

Officials traced the latest cluster, the first in the state in more than three months, back to an overseas traveller who arrived with the variant, Reuters reports. However the virus transmission path remains unclear.

The unnamed Victoria man tested negative after finishing his quarantine in neighbouring South Australia and flew to Melbourne this month, but tested positive six days after he arrived.

New South Wales, Australia’s most populous state, which also shares a border with Victoria, has urged residents not to make non-essential journeys into Melbourne.

The states of Western Australia and Tasmania also closed their borders to Victorian residents on Thursday, after South Australia did the same.

The Northern Territory and Queensland state will ask travellers to undergo a mandatory two-week hotel quarantine.

The lockdown comes just days after authorities reinstated coronavirus restrictions in Melbourne, limiting the size of gatherings and making masks mandatory in restaurants, hotels and other indoor locations until June 4.