A Missouri woman who lost three loved ones in an alleged drunk driving crash is trying to help children who lose parents in similar circumstances.

Cecilia Williams is urging legislators to support a proposed new law she’s named “Bentley’s Law” after her 5-year old grandson. She began working on the new legislation that targets drunk drivers after an accident in April claiming the lives of her son Cordell Williams, 30; his fiance 25-year-old Lacey Newton; and their 4-month-old son, Cordell Shawn Michael Williams.

Newton and Williams also had two young sons who survived who Williams is now caring for.

“The main aspect of Bentley’s law is financial responsibility by the offender,” Williams told KMOV.

The new law would require drunk drivers who cause the death of a parent or parents to pay child support to a surviving spouse or the relatives raising the victim’s children until the children turn 18 years old.

“They deserve to get that compensation because you’re talking about raising children that their parents are no longer here,” said Williams. 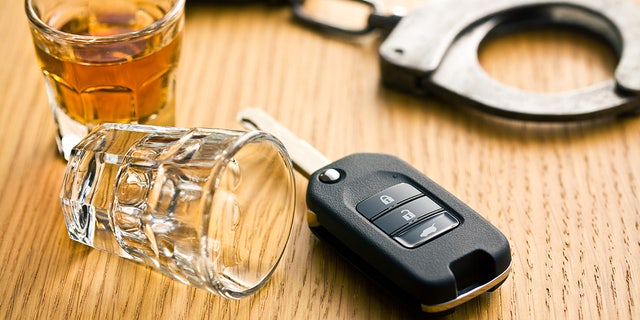 the concept for drink driving
(iStock)

David Thurby, of Fenton, is charged with three counts of DWI death of another. His blood alcohol level was twice the legal limit, and according to court documents, he told a trooper he’d had “seven shots of Crown and water.”

The Missouri State Highway Patrol said Thurby’s vehicle rear-ended the couple’s car, forcing it off the road and into a tree, where it caught fire, The St. Louis Post-Dispatch reported.

A preliminary test revealed that Thurby had a blood-alcohol level of 0.192, more than twice the legal limit, a trooper said in a probable cause statement.

Thurby, who suffered minor injuries in the crash, was also charged with four misdemeanors, including possession of marijuana and driving in a reckless manner.

Republican Missouri State Rep. Mike Henderson plans to introduce “Bentley’s Law” during the next legislative session. Fox News reached out to Henderson and Gov. Mike Parson for comment but didn’t immediately hear back from either.

Williams believes the monthly child support payments would make an offender think twice before drinking and driving again. She said a state lawmaker in Tennessee has agreed to introduce a “Bentley’s Law” in that state when the legislative session begins next year. Williams hopes to take her fight against drunk driving nationwide.