Prime Minister Scott Morrison is facing pressure from Victorian Liberals to ramp up plans for Australia’s first mRNA vaccine manufacturing hub, as the campaign for the federal government to choose Victoria as the preferred location intensifies.

With federal cabinet expected to decide within days on a potential consortium to make “messenger RNA” – the same technology behind the successful Pfizer and Moderna vaccines – Victorian Liberals have thrown their weight behind setting up a manufacturing plant in Victoria, with some warning it would be a risk not to do so. 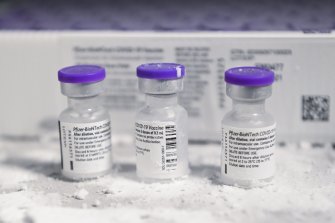 The Morrison government wants Australia to manufacture mRNA vaccines such as Pfizer. Credit:Getty

Victorian cabinet ministers have remained tight-lipped about the decision, while talking up the state, which has twice as many RNA researchers as other jurisdictions and is home to most of Australia’s pharmaceutical and biotech companies.

Treasurer Josh Frydenberg said announcements on mRNA production would be made by the government after a detailed analysis, but “as a Victorian I am very proud of the strength of our medical and biotech sectors in our state”.

“It’s a capability that we as a federal government have strongly supported, including most recently reaching agreement with CSL (which produces AstraZeneca) about vaccine production under licence,” he said. 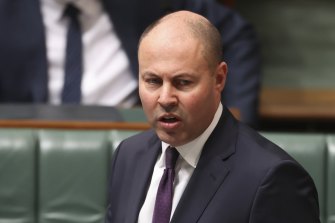 Health Minister Greg Hunt also noted that the Melbourne-based CSL’s vaccine business, Seqirus, had a “very strong interest” in the development of mRNA.

“We also continue to engage with Moderna in relation to establishing an onshore mRNA manufacturing facility in Australia,” he said.

A mRNA vaccine hub would take years to build so is unlikely to assist with COVID-19, but would help ensure the nation is in the future less reliant on overseas supply, an issue that has dogged the federal government’s vaccine rollout.

Beyond the pandemic, mRNA has the capability to be used for broad therapeutics and vaccines to tackle other diseases such as cancer, influenza and HIV.

The government is assessing about a dozen submissions, and it understood more than half come from Victoria. Interested parties include CSL, South Australia’s BioCina and Queensland’s Luina Bio. However, internal pressure escalated this week, with Victorian Liberal Senator David Van warning his colleagues “it would simply not make sense to locate this facility anywhere else”.

“If we were to be successful in this undertaking, we must place this facility where we have the strongest capability,” the Senator said.

Senior state Liberals have also supported the push, with opposition health spokeswoman Georgie Crozier saying she would “absolutely” want her federal colleagues to choose a Victorian-based consortium given the state’s expertise.

The Andrews government is lobbying the Commonwealth, already having invested $50 million to kickstart mRNA manufacturing in the state. It has also set up a new body, mRNA Victoria, led by Michael Kapel, the former chief of staff to Liberal Premier Ted Baillieu and Victoria’s former Commissioner to the Americas, to help its efforts.

Messenger RNA teaches human cells how to make a protein, which triggers an immune response in the body. This immune response produces antibodies, in turn protecting people from getting infected if a real virus enters.

Medical researchers and scientists have been lobbying the Morrison government for almost a year about the need to develop an mRNA vaccine manufacturing capacity in Australia, but it took until May this year for the government to issue a so-called “approach to market”, inviting interested parties to provide a fully costed proposal to manufacture the vaccines in Australia within one to three years.

While immunisation in Australia is starting to gather speed – 24 per cent of the country’s adult population now fully vaccinated, up from 9 per cent at the start of July – Australia is months behind other countries in the region in signing a major global partner for local mRNA facilities after Singapore, South Korea and China struck agreements in May for domestic production.

CSL chief executive Paul Perreault told the AFR last month that full-scale capacity would be “about a five-year task” and therefore, an mRNA manufacturing facility not a solution to the current COVID-19 pandemic.

“The mRNA they are talking about [manufacturing] is really about future-proofing and looking at the next pandemic and whether we’re prepared for next time with on-shore capabilities,” he said.

“If government can cut through red tape, you might be able to cut a year or two off if you’re really lucky. But it is not going to be for today’s COVID-19.”

Industry Minister Christian Porter has defended the pace of progress, noting that mRNA is a very new technology “and while it had been the subject of considerable research over decades, was not successfully developed for use in humans prior to COVID-19”.

He said that the approach-to-market process was a key step towards “sustainable, sovereign vaccine manufacturing capability, which will protect Australia against future pandemics and support Australian industry to benefit from the long-term potential of mRNA technology.”