A mother who screamed as her one-year-old daughter began choking on a Pringle mid-flight has praised Aer Lingus cabin crew for taking control of the situation.

Lisa Murray, from Cork, Ireland, was taking a flight to Izmir, Turkey, for her daughter’s first holiday when the incident happened on Saturday afternoon.

One-year-old Miley began choking on a Pringle crisp around two hours into the Aer Lingus flight EI798 from Cork.

Jumping into action her mother performed the Heimlich maneuver on the toddler, but was distraught and began screaming ‘she’s choking’ when daughter Miley turned blue and started losing consciousness.

Eventually the toddler was able to clear the obstruction by coughing – with help from her mother. 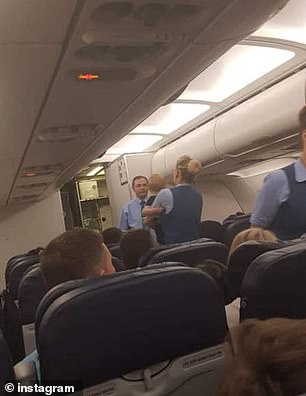 Immediately after the heroic air hostess swooped the toddler up into her arms to allow her mother to calm down following the incident.

The mother-of-one has thanked the crew on board for ‘calming the whole plane down’ after the ordeal.

In a Facebook post Ms Murray said: ‘From the bottom of my heart I want to thank Aerlingus staff and customer service Especially this girl chloe. (pictured)

‘Tonight I witnessed my child’s life nearly taken from her she nearly choked to death on the plane. 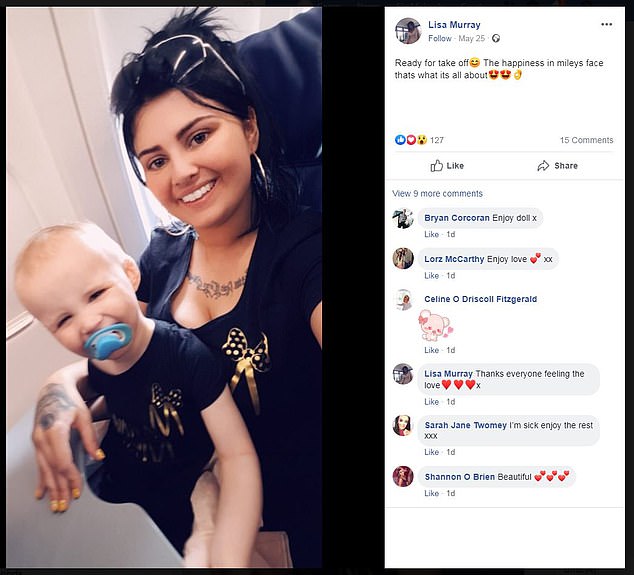 ‘She turned blue choking on a Pringle it got lodged in her throat and she was choking she was practically losing consciousness at this stage but she managed to get it up thank god.’

‘The fright of my life I’m still shaking, i’m just thankful that shes here in my arms now next to me and we can enjoy our holidays. 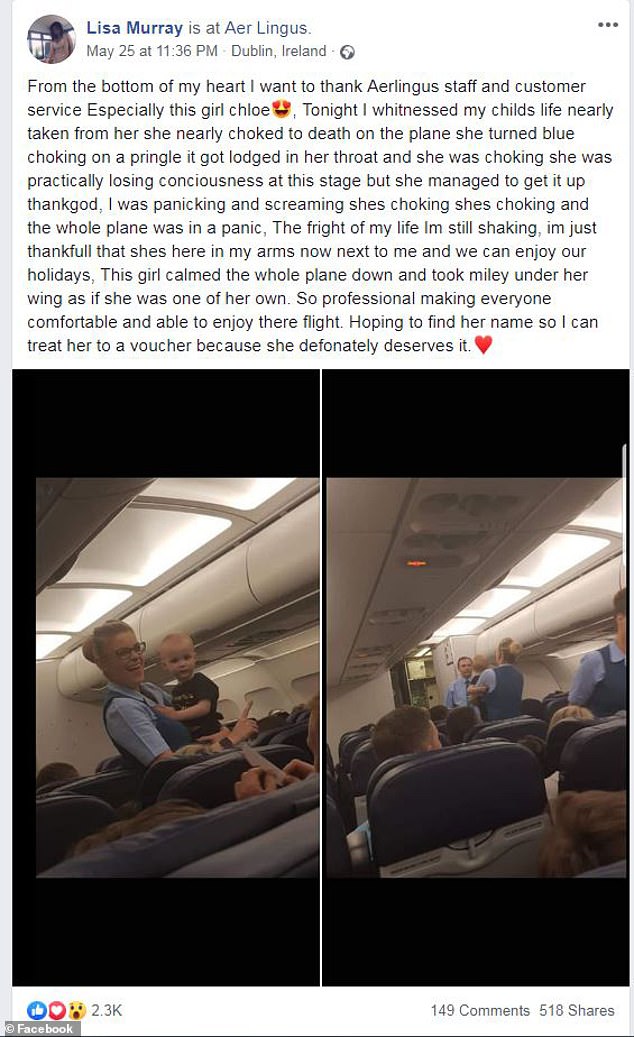 Chloe (pictured) minds the baby ‘as if it was her own’ following the ordeal. Walking the child up and down the aisle to calm her down

‘This girl calmed the whole plane down and took miley under her wing as if she was one of her own.

‘So professional making everyone comfortable and able to enjoy there flight.

‘Hoping to find her name so I can treat her to a voucher because she definitely deserves it.’

The incident was resolved within 60 seconds – speaking to Dublin Live Ms Murray called it the longest 60 seconds of her life.

Speaking to Dublin Live Ms Murray said:  ‘It felt like it was happening for ages.

‘It was when I seen her struggling for breath that I knew something was wrong. 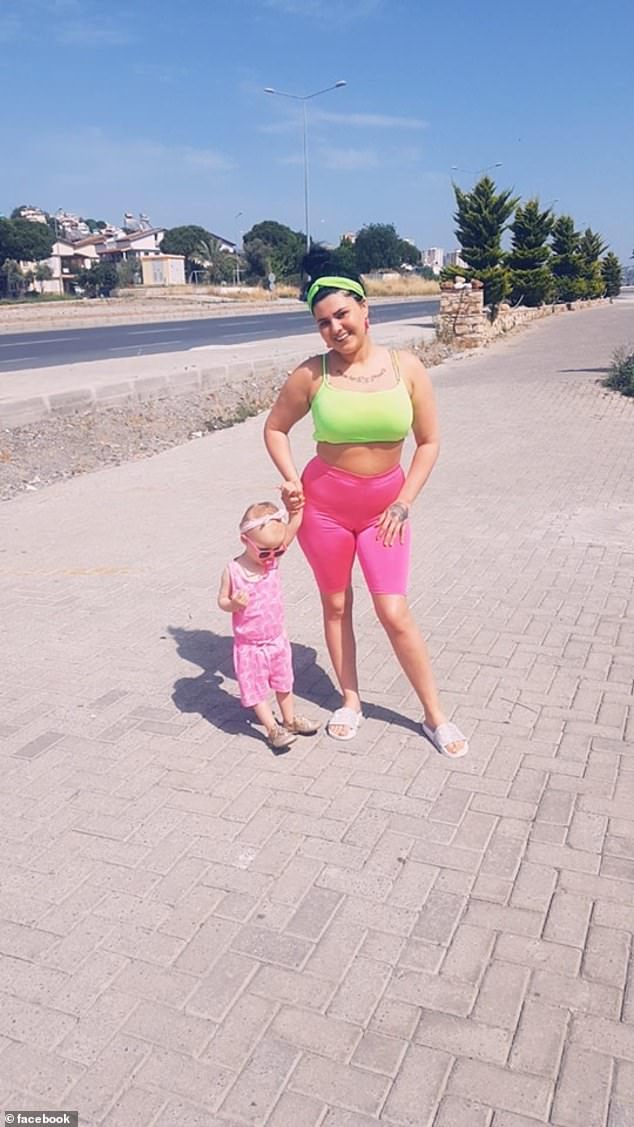 ‘After that, Chloe just came up and took her as if it was her own baby and she had her walking up and down the plane, playing around and minding her. The whole flight was worried sick.

‘It was a happy ending though thankfully and now she’s able to enjoy her first holiday.’

The toddler is believed to have made a full recovery from the terrifying incident.