The mother of a tragic 20-year-old who suffered a fatal heart attack when he was playing in freezing water a year ago warned of the dangers of cold water shock.

Keivan Ulhaq, 20, had been socialising with friends at Lochore Meadows, Fife, known as ‘The Meedies’, when he entered the water on the evening of June 20.

Despite being a confident swimmer who loved showing off and doing back flips, six-foot-tall Keivan suffered cold water shock and had a cardiac arrest. 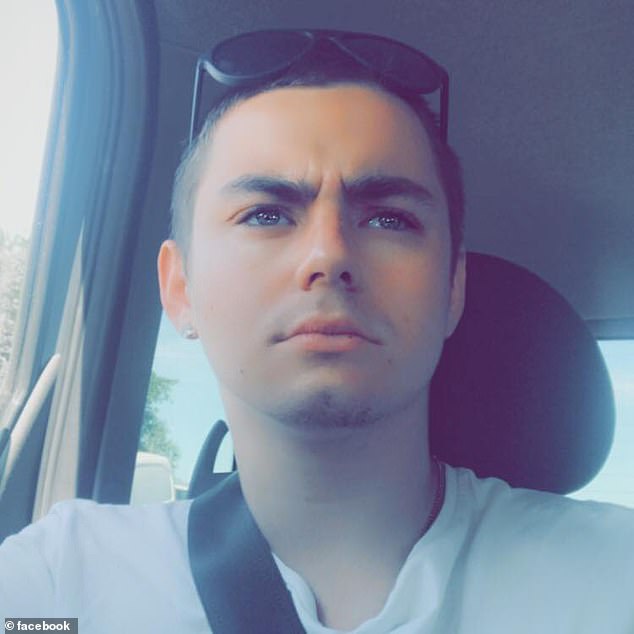 Keivan Ulhaq, 20, pictured, had been enjoying the sunshine in Fife with friends when he jumped into a freezing river and suffered a heart attack 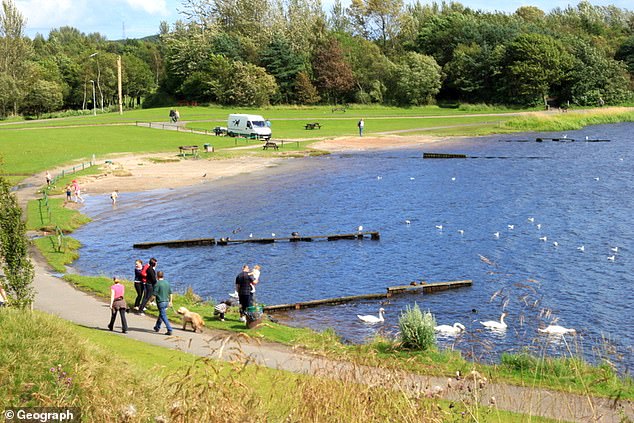 Mr Ulhaq, who was a confident swimmer, entered the water in Lochore Meadows, Fife, known as ‘The Meedies’, on June 20, 2020. He suffered cold water shock and had a heart attack 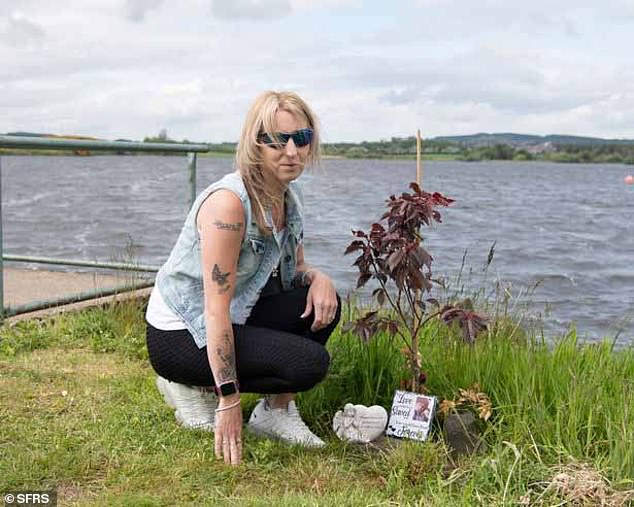 Sheena Ulhaq, pictured at the scene where her son died, is raising funds for a defibrillator to help other heart attack victims

Emergency services rushed to the scene but Keivan, from Cowdenbeath, Fife. could not be saved.

Grieving mum Sheena Ulhaq is raising funds for more equipment, including a defibrillator.

Ms Ulhaq, who is a mother of nine, said: ‘On the day Keivan died I remember the weather was really nice and I was at home decorating.

‘He had gone to The Meedies with some friends, but the water was still freezing cold despite the weather.

‘Keivan was really active and was always doing back flips, especially if we were at the beach then he’d do back flips into the water.

‘But that day he struggled despite being a six foot big strapping lad. He suffered cold water shock and had a cardiac arrest.

What is cold water shock?

Anything below 15c is considered cold water and can impair your breathing and movement.

The ocean around Britain and Ireland is on average 12c while rivers such as the Thames are even colder.

When immersed in cold water, the shock causes blood vessels around the skin to close. This increases someone’s heart rate and causes the blood pressure to go up.

As a result, this can cause someone, even a young and healthy person to have a heart attack.

Also, diving into cold water can cause someone to involuntarily gasp and inhale water into their lungs.

According to the RNLI: ‘This can all happen very quickly: it only takes half a pint of sea water to enter the lungs for a fully grown man to start drowning. You could die if you don’t get medical care immediately.

‘Our seas and rivers are cold enough to leave you helpless in seconds. Treat water with respect, not everyone can be saved.’

‘It’s really important that people are aware of the dangers of open water because I wouldn’t want this to happen to anyone else.

‘I’m so grateful for all the support I’ve had, since Keivan died, from everyone who knows the family and I thank them from the bottom of my heart.’

She added: ‘Keivan was happy go lucky and he loved life.

‘He doted on his younger brothers and sisters.

The Scottish Fire and Rescue Service sent two appliances and a water rescue unit to the scene to assist other 999 crews.

Deputy Assistant Chief Officer Alasdair Perry said: ‘We are grateful to Sheena for speaking about her story, and the tragic circumstances in which Keivan lost his life, to improve the safety of others.

‘We want people to stay safe around water this summer. However, our crews regularly respond to emergency calls from people in difficulty who need to be rescued.

‘We all like heading outdoors at this time of year, but unsupervised water can be extremely dangerous.

‘Open water can become very cold just a few feet under the surface and can cause cramps or Cold Water Shock meaning your strength and ability to swim deteriorates rapidly.’

Since Keivan’s death, SFRS has worked with partners to install new water safety signs and lifesaving throwline equipment at Lochore Meadows to protect the public.

Ms Ulhaq is also raising funds for more equipment, including a defibrillator.

Station Commander Michael Gemmell, based in Fife, said: ‘What happened to Keivan was a tragedy and it’s devastating for everyone who knew him.

‘Unless you are fully trained, competent and equipped to enter water courses, keep a safe distance from water.

‘This isn’t about spoiling anyone’s fun, it’s about preventing anyone else from needlessly losing their life.’ 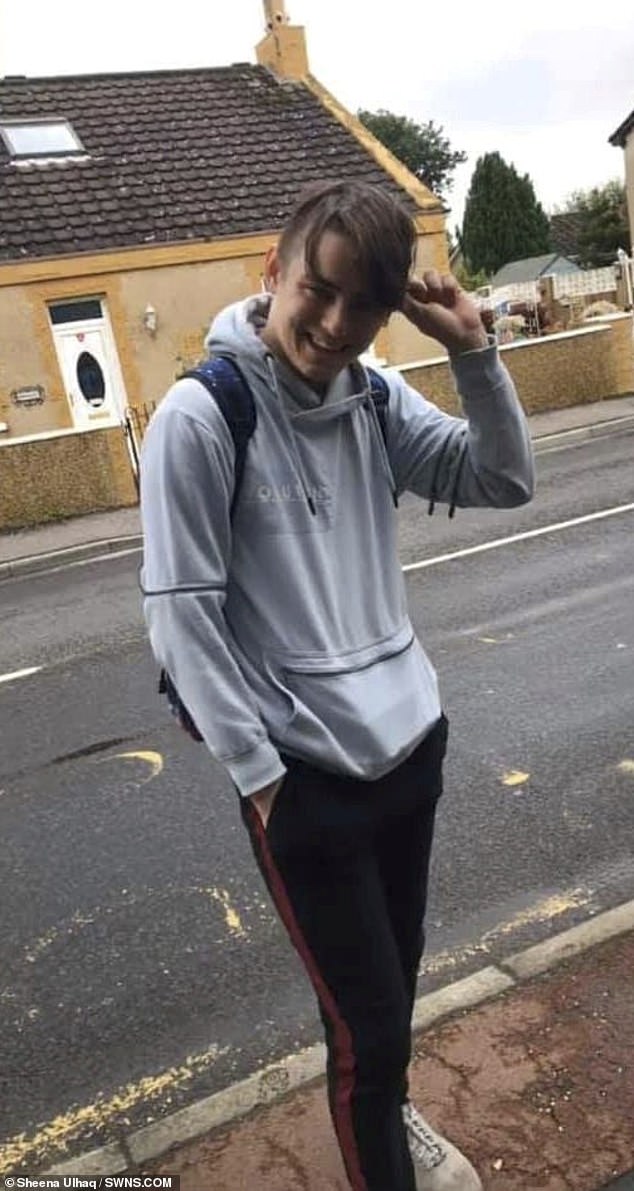 Emergency services rushed to the scene but Keivan, from Cowdenbeath, Fife. could not be saved