Fears have been raised over blackmail attempts by hostile states after claims MPs found sex workers waiting in their hotel rooms on a foreign trip.

The politicians are said to have been part of an All-Party Parliamentary Group (APPG) visit to a dictatorship when the extraordinary circumstances arose.

There is no suggestion the MPs knew the prostitutes would be there, or that they used their services – but the claim highlights the potential threats.

Concerns have been raised about the lack of controls on APPGs, cross-party bodies of MPs and peers focusing on single issues. Although hundreds of them can use Parliament for functions, they are not official groups like select committees.

The Times reported that on another visit to an important ally of the UK an MP had to be rebuked for repeatedly propositioning young female interns.

One senior government source told the paper: ‘The bad behaviour is quite astonishing. 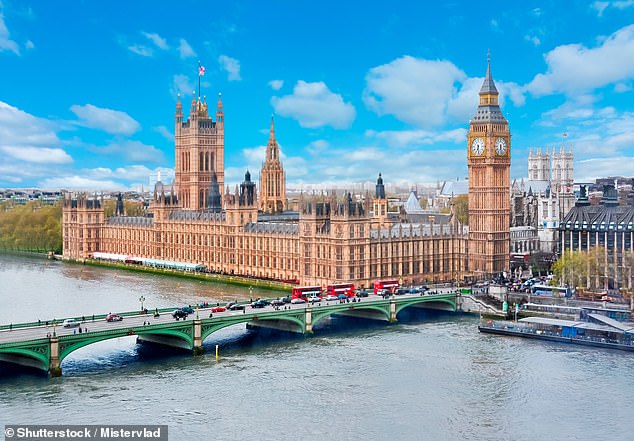 Concerns have been raised about the lack of controls on APPGs, cross-party bodies of MPs and peers focusing on single issues. Although hundreds of them can use Parliament for functions, they are not official groups like select committees

‘If a hostile state is lucky they may get photos and they will make sure they know exactly what has happened. And then they might get something from that.’

Separately, a source complained that MPs visiting authoritarian countries were being used to convince citizens that their leader was a ‘world statesman with international friends’ rather than a pariah.

An investigation by the Politico website this month uncovered a litany of allegations about misconduct by MPs relating to foreign trips.

When hosted abroad by diplomats, some would stay on to ‘pursue their interest in local women’, the investigation found.

Others routinely engaged in drunken and lewd misbehaviour – much to the annoyance of local officials.

MPs have defended APPG trips as an important part of backbench work.

But security chiefs have previously stepped up vetting with fears they could become ‘trojan horses’ for Russian, Chinese and other ‘hostile state actors’ to influence the UK Government.