The extended family of a Roads and Maritime Services worker was handed rigged government contracts for years in return for tens of thousands of dollars in parties, a luxury car and international flights, a commission has heard.

The Independent Commission Against Corruption is investigating what is believed to be a decade-long scheme by public servants Alexandre Dubois and Craig Steyn, who are accused of awarding more than $41 million in dodgy contracts to friends, family and acquaintances. 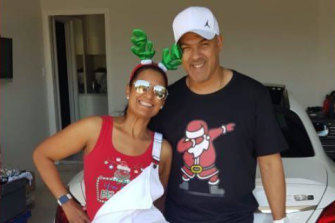 It is alleged the pair garnered close to $7 million in kickbacks from their actions, including luxury cars, school fees and international flights.

Mr Steyn’s first cousin Sandra Alexander appeared before the corruption inquiry on Tuesday revealing that she and her husband paid thousands in kickbacks to Mr Steyn in return for almost 10 years of government contracts.

They included a return flight from South Africa to Sydney for Mr Stein’s father-in-law in 2018, $20,000 for six televisions, private school fees and a $124,000 white Mercedes-Benz, which was registered in Ms Alexander’s name. 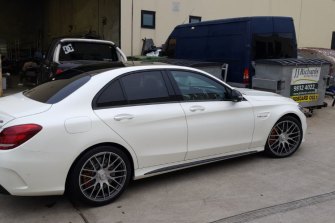 It is alleged Mr Steyn received a white Mercedes-Benz as a kickback.

“I went with Craig and Ashley to the dealership for which they told me a car was being purchased and registered in my name but at the end of it Craig drove the car home and it was Craig’s car, not mine,” she said.

Asked whether she was shocked to be taken to a car dealership for a new car, she said it had been a Christmas surprise.

“My husband loves cars, I just assumed that another car was coming my way,” she said.

Ms Alexander also said that Mr Steyn had revealed to her in 2019 that his home had been raided by ICAC, and if she were questioned she should tell the watchdog that he was going to pay it back to her.

“He did say to me at the time that if I got questioned about any money it was considered a loan, and he was going to pay it back,” she said, adding that she had decided to come clean on the extent of the scheme because of her Christianity. 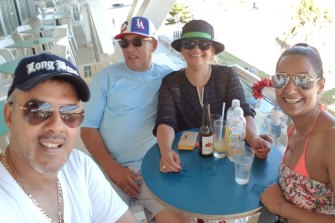 “I’ve been thinking about it for a while. My dad lives with me, we’re very Christian people and every day he just says to me…‘just go in and tell the truth and so be it’.”

Ms Alexander and her husband also paid for family parties, wedding accommodation, and handed over cash to Mr Steyn in order for their business AA Steel to continue receiving government contracts between 2009 and 2019.

She said that she had felt uncomfortable at times about the process and agreed with Counsel Assisting the inquiry Jason Downing, SC, that she understood it amounted to a “kickback to a public official”.

Many of the contracts Mr Dubois awarded over the 10-year period were below $250,000, which meant they did not require an open tender process, with just three contractors needing to apply.

The ICAC on Monday heard that Mr Dubois developed and refined a process where he would get three different companies controlled by the same person to bid for the contract “so they were pretending to bid against themselves”.

In other instances, the commission heard, he would pit friends, associates and relatives against each other but predetermine the outcome by telling each contractor the price at which they should quote.

It is alleged the prices were set high enough to allow the contractor to make a profit while also paying an amount back to Mr Steyn or Dubois.

Mr Downing said on Monday that Mr Steyn’s corrupt conduct was less substantial than that of Mr Dubois, and his kickbacks less extravagant.

Mr Dubois received several Ferraris, including a $1.5 million F40 as part of his kickbacks, according to counsel assisting.

Our Morning Edition newsletter is a curated guide to the most important and interesting stories, analysis and insights. Get it delivered to your inbox.