A day after the crash of a U.S. Navy helicopter that had been aboard the USS Abraham Lincoln off the coast of San Diego, five sailors remain missing.

In an update Wednesday on continuing search and rescue operations, officials disclosed that five sailors aboard the Abraham Lincoln at the time were also injured in the incident.

The MH-60S helicopter crashed around 4:30 p.m. Tuesday about 60 nautical miles off San Diego. One of the six sailors who were on the helicopter at the time of the crash was rescued later Tuesday. Five additional crew members remained missing as of Wednesday, as search and rescue efforts were continuing.

The U.S. Third Fleet said Wednesday the rescued sailor remains in stable condition and has been transported ashore. Navy officials also disclosed that the aircraft, from Helicopter Sea Combat Squadron (HSC) 8, had been “operating on deck before crashing into the sea.” 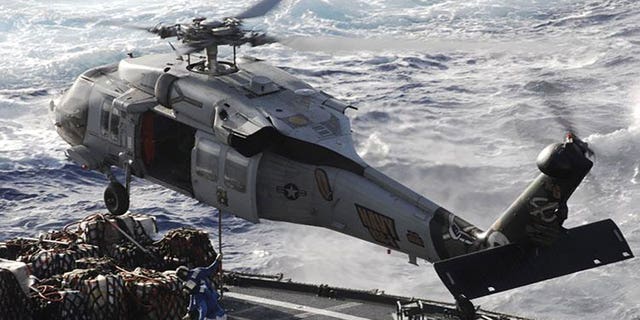 The MH-60S is a versatile aircraft that typically carries a crew of about four and is used in missions including combat support, humanitarian disaster relief and search and rescue. USS Abraham Lincoln (CVN 72) on Tuesday also initially announced the search and rescue operations. 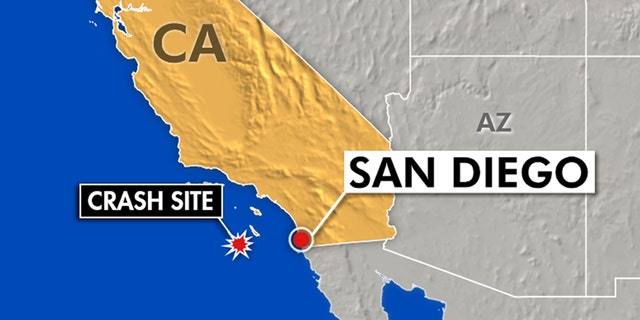 A search-and-rescue operation was underway Tuesday night off the coast of San Diego for five crewmembers after the crash of an MH-60S helicopter from the USS Abraham Lincoln, a Nimitz-class aircraft carrier about 60 nautical miles from shore, according to a report.
(Fox News Channel)

“We ask that you please respect the privacy of the families of our shipmates directly affected by this tragedy, and keep all of Lincoln Nation and our embarked shipmates in your thoughts and prayers during this incredibly difficult time,” their statement said.

No updates were immediately posted by the USS Abraham Lincoln (CVN 72) Facebook page on Wednesday.

Fox News’ Lee Ross and The Associated Press contributed to this report.