A "NEVER-BEFORE-SEEN" weather forecast with a tornado alert in several states.

The National Weather Service has issued two warnings for dangerous weather on Wednesday. 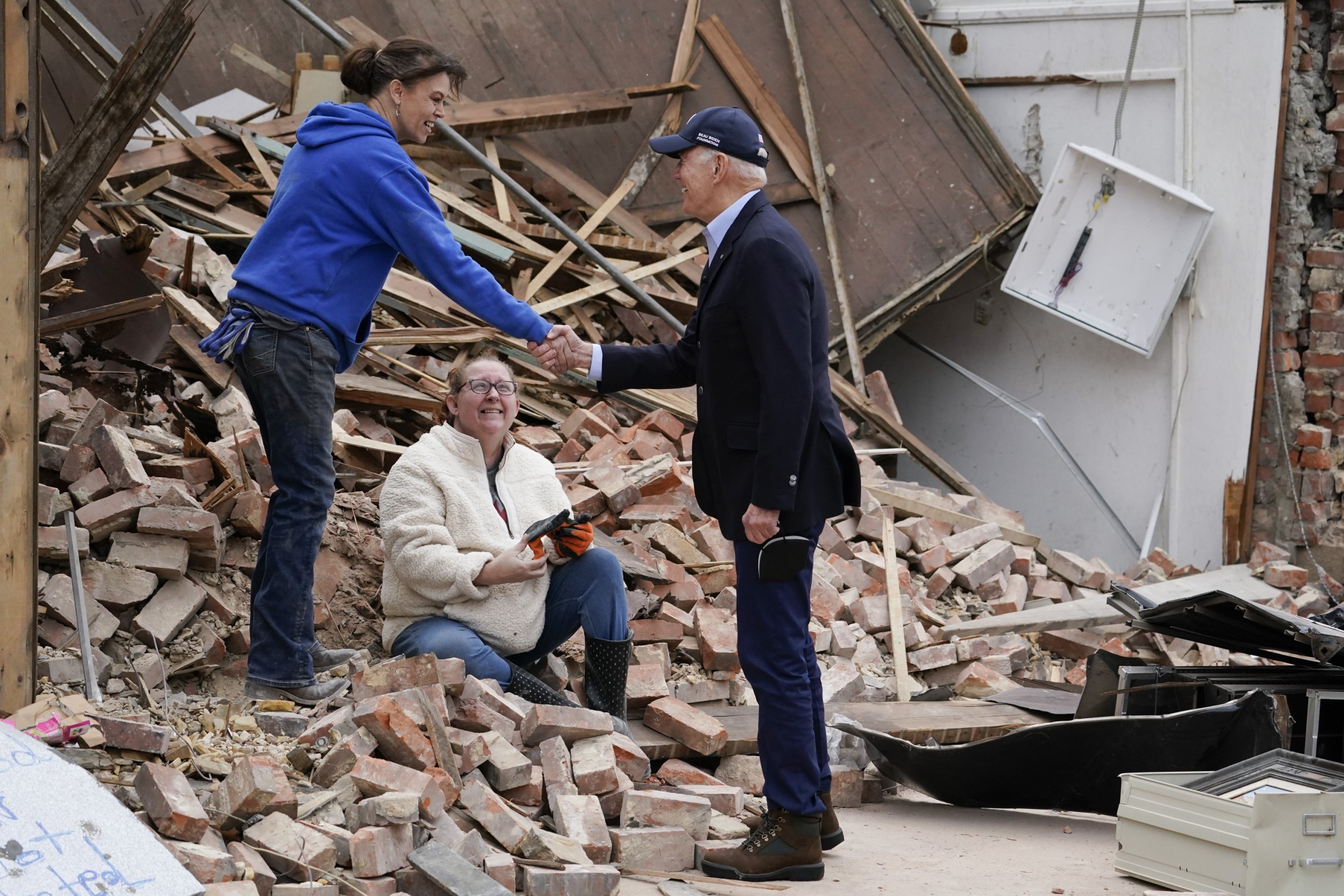 The first is for Iowa, Minnesota and Wisconsin, where the agency has issued a moderate risk of severe weather. This is the second-highest category.

This forecast includes winds of up to 100mph and the possibility of tornados.

A 107 mph wind gust was already recorded in the eastern Colorado town of Lamar on Wednesday morning.

There were also three ongoing tornado warnings issued in Nebraska, according to a local storm chaser.

A second outlook was issued for fire in Colorado, New Mexico, Kansas and southern Nebraska. The danger alerts are ranging from "elevated" to "extremely critical."

"Dangerous, life-threatening fire weather conditions are likely with fast moving and uncontrollable fire spread due to extreme winds and dry conditions," the NWS said on Twitter.

Just a few days ago, tornados ripped through western Kentucky, killing at least 80 people according to Governor Andy Beshear.

Among the deaths, two of them are children: a 3-year-old from Graves County and a 5-year-old from Muhlenberg County said the governor.

The death toll is expected to exceed 100.

Search efforts continue as, Beshear said, the state is hoping for a miracle.

“A lot of this is going through the blocks and the rubble—if you can reach it—and trying to see if there are people there dead or alive,” he said.

Also among the dead, at least 12 were in Bowling Green, another 12 in Bremen, 11 in Dawson Springs, and one each in Robinson, Princeton and Marshall County.

The city of Mayfield, Kentucky was one of the hardest-hit places after the storm. A candle factory nearly collapsed with over 100 people inside of it at the time.

Around 40 people were rescued from the building, said the governor.

Over 181 guardsmen of the National Guard were deployed along with Kentucky State Police helping to assess the tragedy.

The governor has asked residents in the affected communities to stay off the roads and other people are being urged to avoid those areas as well.

A Team Western Kentucky Tornado Relief Fund has been set up to help storm victims.

Biden landed in Kentucky on Wednesday morning to survey damage and pledge federal support for the victims of devastating storms that killed dozens and left thousands without heat, water or electricity.