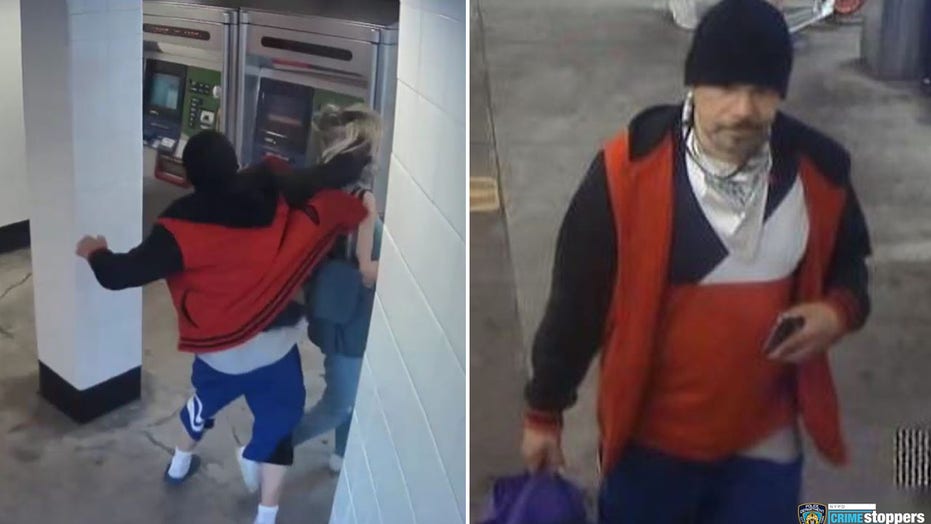 Disturbing new surveillance video released by the NYPD shows the moment a mugger sucker-punches a woman in an East Village subway station and rips off her backpack.

The 23-year-old victim was walking out of the 1 train station at 14th Street and First Avenue — looking down at her phone — a few minutes before 6 p.m. Sunday when the stranger ran up behind her and clobbered her in the side of the head, according to police and the video clip released early Tuesday. 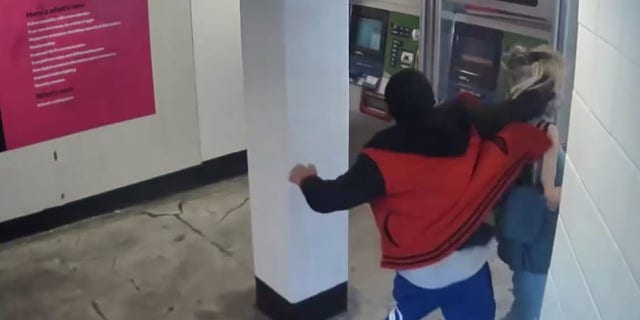 The woman was attacked from behind and robbed just before 6 p.m. Sunday.
(NYPD)

He then grabbed her bag, which contained a MacBook Air and debit and credit cards, and ran off, cops said.

The victim refused medical attention on scene for swelling to her head. 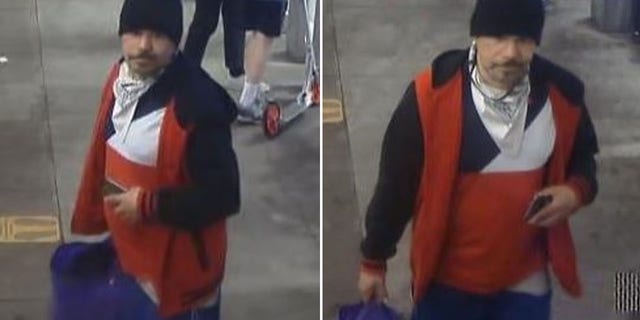 The suspect is described as a male approximately 30-years-old, 5’5" tall, weighing 200 pounds, with a light complexion, medium build and facial hair.
(NYPD)

The suspect was still at large Tuesday.

Cops describe him as about 30 years old and 5-foot-5, weighing 200 pounds, with a light complexion, medium build and facial hair.

He was last seen wearing a black winter hat, a light-colored scarf around his neck, a red and black jacket, a red, white and blue shirt, blue shorts with white stripes and blue sandals. He was carrying a large blue bag.