In parts of Georgia and South Carolina, more than half a foot of rain has fallen in the last 24 to 48 hours and caused flash flooding.

Downtown Charleston on Wednesday got more than 4 inches, a new record that flooded the streets.

The storm system that delivered the heavy rain to the Southeast is making its way up the Coast on Thursday, with heavy rain likely in Washington, Philadelphia, New York and Boston. 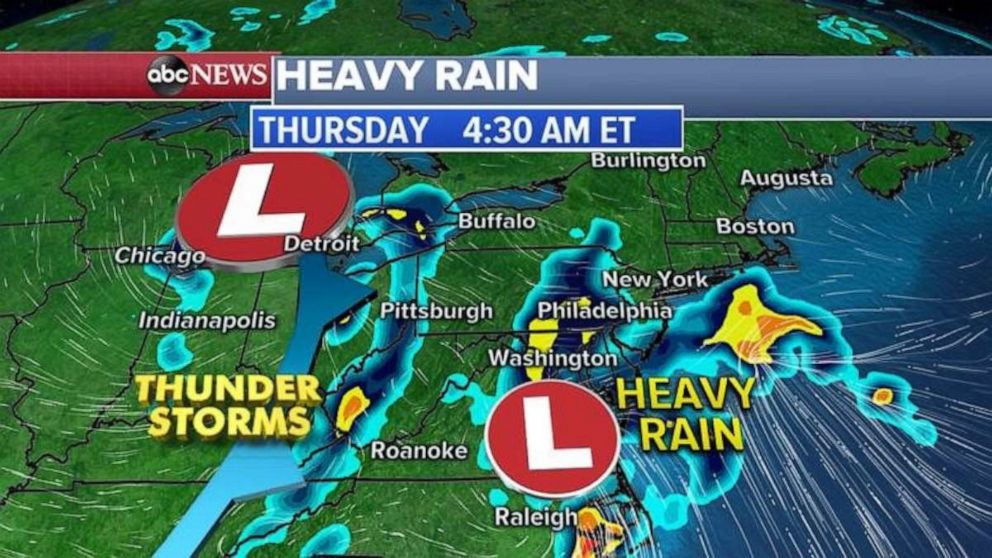 The storm is forecast to move into Maine around rush hour. Behind this now-coastal storm, a cold front will move out from the Midwest and deliver even more rain, possibly thunderstorms, to the Northeast by the evening.

That system should move out of the Northeast by Thursday night, with a pleasant Friday expected for most major cities along the Interstate 95 corridor. 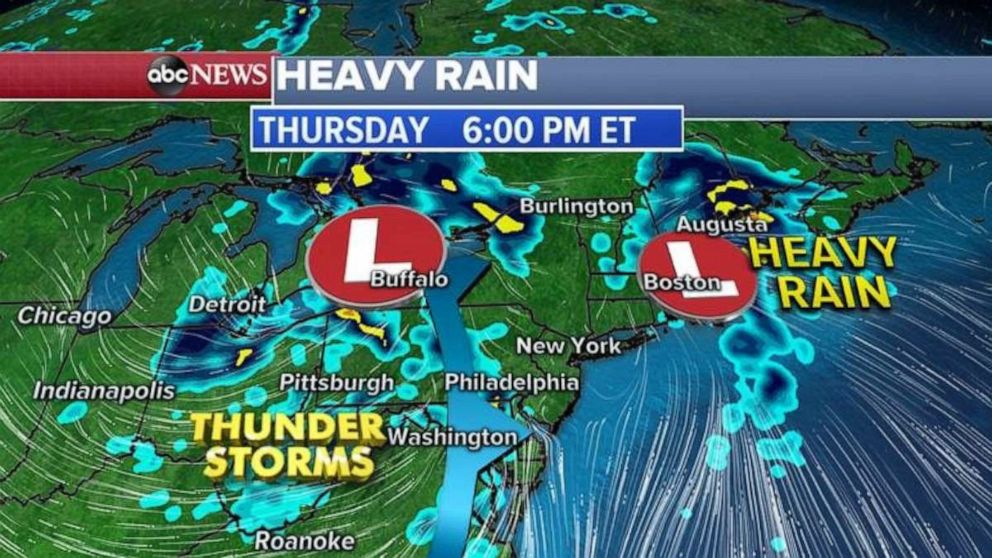 Much of the West is finally cooling down after more record highs were posted on Wednesday, including 112 degrees in Phoenix, 98 in Portland, Oregon, and 95 in Seattle.

Highs today for many cities will be 10 to 20 degrees cooler than on Wednesday, but heat will linger in cities including Phoenix and Las Vegas. 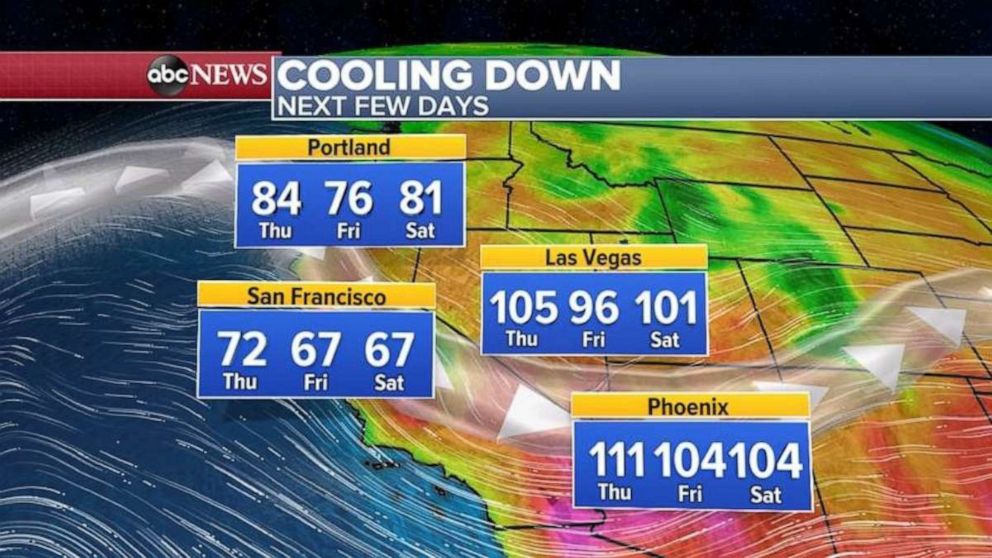 By Friday, slightly cooler weather finally should reach even Las Vegas and Phoenix.