Home » World News » Norway’s brutal EU swipe over fishing row: ‘We will not give them a single crab!’

Norway’s brutal EU swipe over fishing row: ‘We will not give them a single crab!’

At the beginning of February, the EU told British fishermen they faced being indefinitely banned from exporting live mussels, oysters, clams, cockles and scallops from UK waters because it is now a third country. The EU defines a third country as: “A country that is not a member of the European Union as well as a country or territory whose citizens do not enjoy the European Union right to free movement.” Countries which don’t meet the EU’s standards have to purify their catch domestically before exporting.

The process adds significant costs and delays, and is particularly impacting fishermen in Wales and the south west of England.

The UK is now apparently considering ending a series of post-Brexit continuity agreements it has with Brussels in retaliation, which could restrict imports of European mineral water and seed potatoes.

A Downing Street source said: “There is thought being given to where we can leverage in other areas.

“We have continuity arrangements… we can stop these which means they won’t be able to sell their produce here.”

Planning for retaliatory moves reportedly came after the European Commissioner for Health and Food Safety refused to meet Environment Secretary George Eustice to try and resolve the shellfish ban.

As tensions are set to rise, unearthed reports reveal how Norway and the EU have also had serious disagreements over fishing in the past. 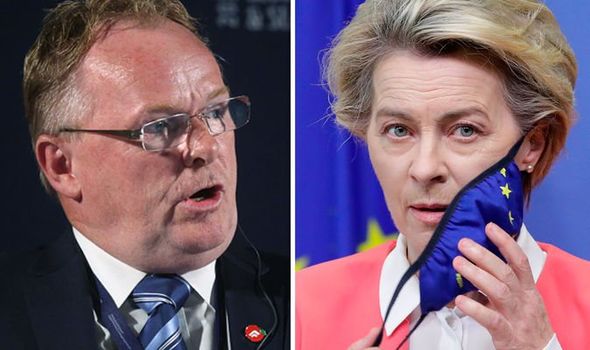 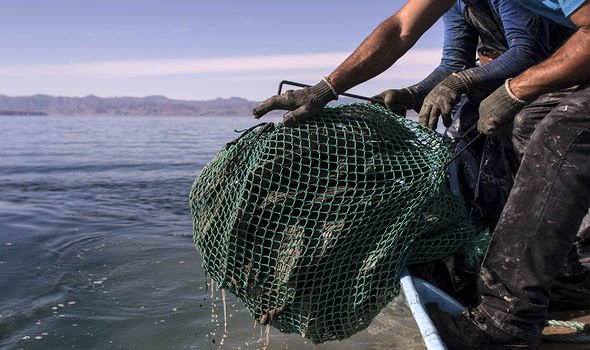 In 2017, a dispute was under development over fishing rights on snow crabs in the area around the Arctic archipelago.

The Norwegian Coast Guard arrested the Latvian crabber “Senator” on suspicion of illegal catch of snow crabs on the Norwegian shelf in the Svalbard fishery protection zone.

EU authorities had granted 16 vessels permission to engage in snow crab fishing in the Svalbard waters.

Norway’s former fisheries minister Per Sandberg told VG: “This is about the Norwegian continental shelf, an area which is under Norwegian sovereignty.

“If there will be more ships in the area, they will be arrested.”

The minister confirmed the two sides would have sat down for talks on how to find a compromise.

At the same time, he stressed: “We will not give them a single crab.”

Mr Sandberg also confirmed his plans to head directly to London for talks over fisheries after Brexit.

JUST IN: Macron’s plot to overtake London could be scuppered by new UK rules 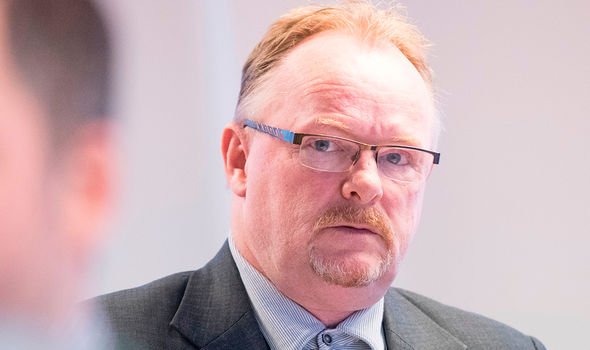 He said: “Brexit will lead to more negotiation partners.

“England and Norway will be the two big ones, while the EU becomes smaller.”

In October last year, the UK and Norway inked a new fisheries agreement – the first the former made since leaving the European Union.

Signed by Mr Eustice and Norwegian Fisheries Minister Odd Emil Ingebrigtsen, the new Fisheries Framework Agreement, outlined the principles of how the two nations will cooperate on fisheries issues after the end of the transition period.

From 2021, they will hold annual negotiations on the issues of access to waters and quotas.

The Government said the agreement demonstrated the shared will of the two countries to cooperate as independent coastal states and to seek effective and sustainable management of their fisheries. 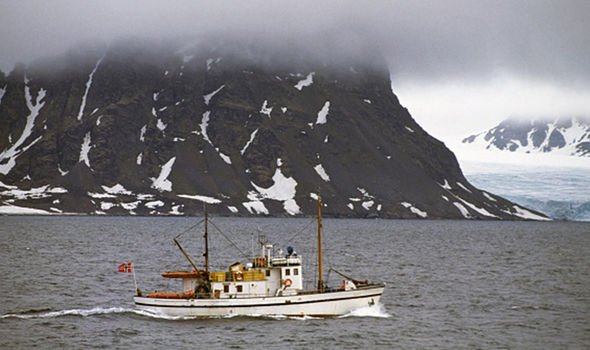 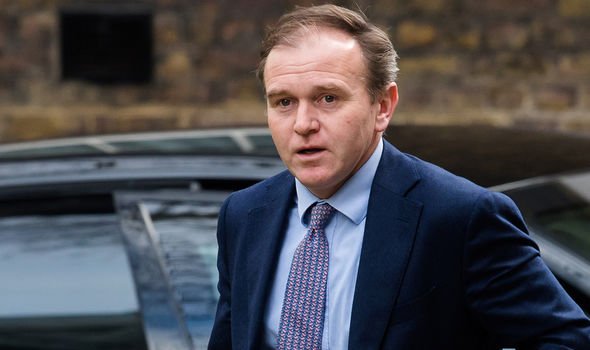 Mr Eustice said: “I am delighted that a Framework Fisheries Agreement with Norway has been successfully secured. The agreement is testament to our commitment to acting as a cooperative independent coastal state, seeking to ensure a sustainable and a prosperous future for the whole of the UK fishing industry.

“I pay tribute to our Norwegian counterparts for the constructive approach they adopted throughout these negotiations, and we look forward to working with them closely in the coming years.”

In previous years, bilateral negotiations with Norway were led by the European Commission on behalf of the UK and other member states.

Norway is not an EU member state.

However, it is associated with the Union through its membership of the European Economic Area (EEA).