A 20-year-old man was shot dead in broad daylight as he sat in his car in The Bronx — one of seven victims of gun violence Wednesday and Thursday amid the city’s worst year for shootings in at least five, according to cops.

The victim was sitting in the front driver’s seat of a black Acura on Cromwell Avenue near West 170th Street in Mount Eden around 9:45 a.m. when the suspect got out of a light blue Dodge Charger and blasted him four times in the torso, police said.

Responding officers rushed the victim to BronxCare Health System, where he was pronounced dead about 25 minutes later, according to cops.

The suspect, who cops say is in his 20s and wore blue jeans and a blue jacket, took off. The motive for the slaying was not immediately clear. 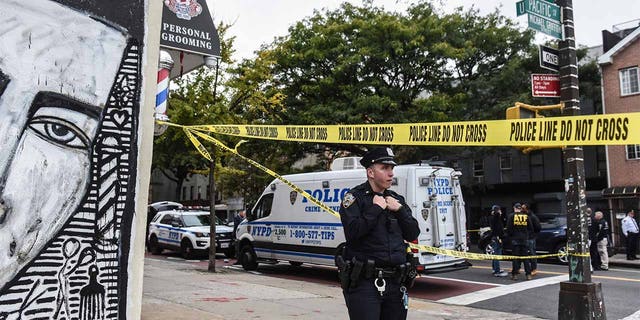 An NYPD officer stands nearby as a crime scene is established in front of the Triple A Aces social club on Utica Avenue on Oct. 12, 2019, in New York City. (Stephanie Keith/Getty Images)

Hours earlier in the Gravesend section of Brooklyn, a 23-year-old man was shot once in the back during a dispute on East Second Street near Woodside Avenue around 12:25 a.m., according to police. The victim was taken to Coney Island Hospital with nonlife-threatening injuries, and another man, 23, was taken into custody, cops said.

Back in The Bronx, two men, 25 and 23, were shot twice in the lower back during a dispute around 11:25 p.m. Wednesday on Father Zeiser Place near Webb Avenue in the University Heights neighborhood.

Police are looking for two suspects in their 20s — one last seen in a black sweatshirt and the other who wore a yellow jacket. 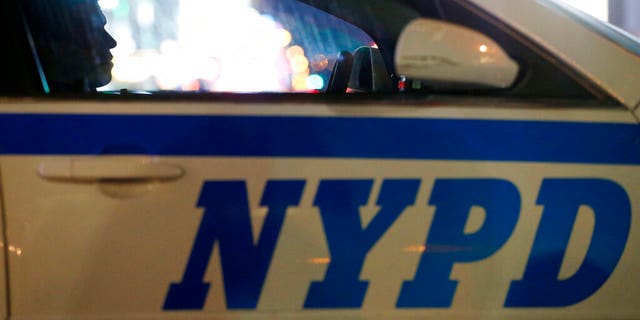 In total on Wednesday, five people were shot in four separate incidents, according to preliminary numbers released by police.

One of those shootings was fatal — a 31-year-old man who was shot in the head at Malcolm X Boulevard and West 112th Street around 9:20 a.m., leaving a trail of blood pooling over a manhole cover.

This year through Sunday, there have been 1,303 shootings reported with 1,602 victims — double the incidents and victims reported last year and more than 30% higher than 2015, according to records from the NYPD.

Thirty-eight percent more murders have been reported year-to-date — a total of 390 — though not all were attributed to shootings.

END_OF_DOCUMENT_TOKEN_TO_BE_REPLACED

END_OF_DOCUMENT_TOKEN_TO_BE_REPLACED
Recent Posts
We and our partners use cookies on this site to improve our service, perform analytics, personalize advertising, measure advertising performance, and remember website preferences.Ok