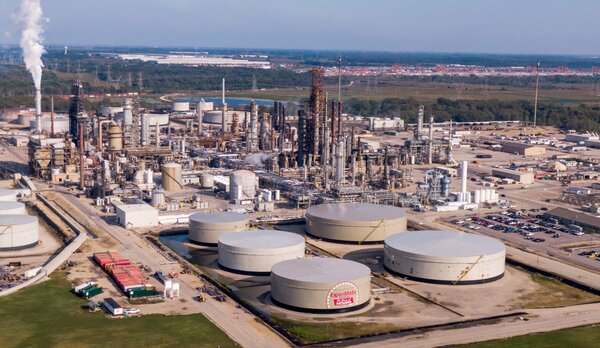 Soon after Joseph R. Biden Jr., then a presidential candidate, released his $2 trillion climate plan last year that promised to escalate the use of clean energy in the United States, the world’s major oil and gas dialed up their presence on Facebook.

By the following week, collective ad spend by the companies like Exxon Mobil — as well as powerful lobby groups like the American Petroleum Institute — had risen more than 1,000 percent, from a seven-day rolling average of about $6,700 a day to more than $86,000 a day, according to the data, based on disclosures by Facebook and tallied by InfluenceMap. For the whole of 2020, some 25,147 ads logged more than 431 million views, bringing Facebook almost $10 million in advertising revenue on those ads.

“Do you support America’s pipelines? We all depend on this critical infrastructure for affordable energy supplies!” said an ad run by Exxon starting on July 15, 2020, the day after Mr. Biden’s climate announcement. “Natural gas is already clean, affordable and efficient — and it’s getting better every day,” said an ad by the American Petroleum Institute starting on July 20.

Of the 25 companies and groups, Exxon and API were the largest users of paid ads on Facebook’s U.S. platforms in 2020, accounting for 62 percent of the total ads analyzed by InfluenceMap. The analysis found that ads were shown to more men than women overall, though there were some variations: posts that focused on fossil fuels as part of the climate solution were shown to more women, while those that argued oil and gas were a pragmatic choice economically were shown to more men.

Recent research has highlighted that though natural gas is a cleaner-burning fuel than coal or oil, releasing less greenhouse gases that are the driver of global warming, there are heavy emissions associated with producing the gas. Scientists, environmentalists and, increasingly, regulators have called out the portrayal of gas as a low-carbon fuel as misleading.