Oregon high school students involved in senior prank must pay for cleanup, may not walk at graduation: principal 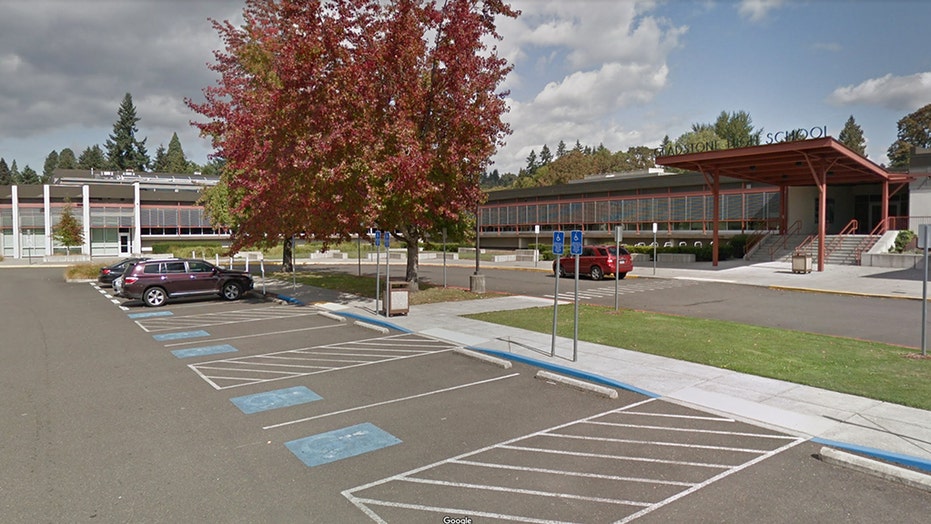 A senior prank carried out by students at an Oregon high school may have cost them the opportunity to walk at their graduation. The principal of the school also reportedly plans to charge each student who was involved about $50 to cover the cost of cleaning up the mess.

The principal of Gladstone High School, about 12 miles south of Portland, said the students illegally entered the school early Friday morning and manipulated a custodian to open rooms for them in order to carry out the prank, KGW-TV in Portland reported.

Once inside the school, more than three dozen students moved hundreds of desks out of the classrooms and into the hallway, the media outlet reported. The students also reportedly replaced erasers with hot dogs.

Gladstone High School’s principal, Kevin Taylor, called the prank a “breach in trust” and said it was “disrespectful” to the staff, in an email he sent to parents on Friday. He wrote that he was planning to charge each of the 44 students involved about $47 to cover the cleanup cost.

“Students were warned during at least two different senior meetings that if they participated in a senior prank consequences could be up to and including students not walking graduation night,” Taylor wrote. “It was also stated that vandalism may be addressed by the police.”

The principal said students, using a ladder, got on to the school’s roof, came into the courtyard and let other students into the building once they were inside. “This is referred to as breaking and entering,” Taylor wrote in the letter.

Once inside, he said, the students “manipulated and abused” the custodian to open rooms for them.

“He thought they were continuing some part of senior events and graduation and a surprise for teachers,” Taylor wrote. “Some students told him the furniture they were moving out would be put back.”

“This year GHS upgraded the cameras and all of the students were easily identified on video,” he wrote in the email.

Taylor added that he and other staff members had to move all the furniture back into the rooms and, as a result, they did not have time to prepare for the day or grade papers.

“Factoring in staff hours and costs to move furniture and reset the building, the total is $2092.32,” Taylor told parents in the email, adding that since 44 students were involved, each student identified will have to pay $47.55 to cover the costs.

“I thought it was a great prank,” Lorrie Dye, a grandmother of one of the seniors involved, told KGW. “It didn’t hurt anybody.”

She added that it would be “terrible” if the students wouldn’t be allowed to walk in their graduation or would have to pay nearly $50 because of the prank.

Taylor wrote in the email to parents, “The final determination of consequences beside cost will be considered over the weekend,” adding that he was consulting with the district office on that decision. “Further information about consequences will be communicated on Monday.”

Neither the school district nor Gladstone High School’s principal or vice principal immediately responded to Fox News’ requests for comment.