Home » World News » Paedophile, 44, unmasked by stepdaughter he raped from the age of 10

Paedophile, 44, unmasked by stepdaughter he raped from the age of 10

‘Wicked’ paedophile, 44, is unmasked by stepdaughter he raped from the age of 10 and got pregnant up to three times as he is jailed for 20 years for ‘sickening campaign of abuse’

A ‘wicked’ paedophile has been unmasked by the stepdaughter he raped from the age of 10 and got pregnant up to three times as he was jailed for 20 years for a ‘sickening campaign of abuse’.

The brave victim, now 28, has waived her right to anonymity so that rapist Anoyke Andrews, 44, could be named in public. His wife and the victim’s mother, Mary-Louisa Andrews, was also jailed for three years for allowing the assaults to happen.

Sentencing Andrews, of Milton Keynes, the judge called him a ‘thoroughly evil and wicked step-father’ who had ‘inflicted a life of hell’ on his victim. 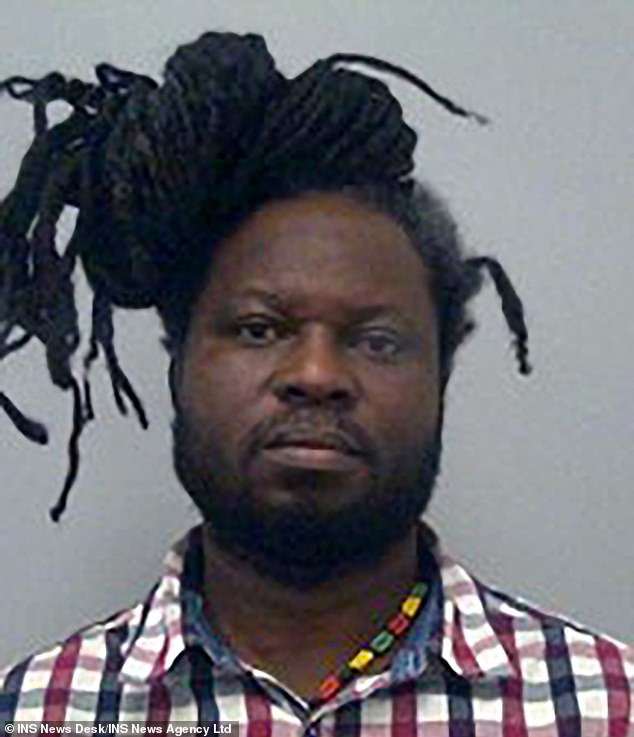 The brave victim, now 28, has waived her right to anonymity so that rapist Anoyke Andrews, 44, (pictured) could be named in public

Andrews began sexually assaulting his step-daughter while they were on holiday in Southport and then continuously raped and sexually assaulted her at home until she was 16.

At one point his brother, a man who had spent some time in a mental hospital, was left alone with the step-daughter and also began to rape her. When Andrews learned of this, he continued to allow the brother to visit the family home.

Prosecuting counsel, Angus Robertson, described an incident where Andrews raped the young girl while they were in the living room watching football on TV and Mrs Andrews shouted downstairs to ask what they were doing.

Andrews had shouted back ‘nothing’, and no more was said but the girl maintained in court her mother had known.

Mr Robertson said: ‘When she was aged 12 years, she found she was pregnant and she had a termination of the pregnancy. She did not want to have that termination.

‘Mr Andrews told Mrs Andrews that if the pregnancy wasn’t terminated he would end the relationship and leave her.

‘Mrs Andrews always insisted that a young man was responsible and the girl should tell the boy he was the father. Mr Andrews continued to have regular intercourse with the victim after that termination.’

The victim became pregnant again when she was just 13 and told her mother the father was Andrews.

‘Both defendants were attempting to have a child of their own,’ Mr Robertson said. ‘Mrs Andrews considered this, but told her to ‘get rid of it’.’

Judge Francis Sheridan said two of the girl’s pregnancies were undoubtedly conceived after Anoyke Andrews raped her and there was some question over a third.

The girl had, in her own words, become ‘wayward’ as a result of the abuse and taken boyfriends from a very young age.

Years after the abuse she told police but her mother and step-father denied all the charges brought against them.

In a victim personal statement, the daughter told how she felt like she could not breathe as she took to the stand in front of the jury and Judge Sheridan said her whole life had been gone through.

He said: ‘Her whole life has been trawled through in the course of this case.’ 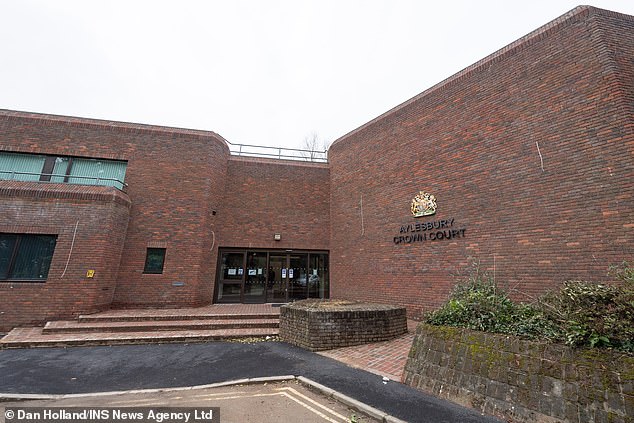 Sentencing Andrews at Aylesbury Crown Court, the judge called him a ‘thoroughly evil and wicked step-father’ who had ‘inflicted a life of hell’ on his victim

Mrs Andrews, 50, suffered a panic attack on the morning she was due to appear before a packed public gallery at Aylesbury Crown Court and the sentencing was delayed until Tuesday, May 28.

She burst into tears as her husband was jailed for 20 years for the rapes and indecent assaults and she awaited her own sentence for neglect of her child.

Judge Sheridan told her: ‘The tears you shed are for yourself. I do not think any of them are for your daughter. I am not in any way influenced. You have not shown any sign of remorse.

‘It is time somebody told you to your face – and I will: You were a wicked mother. When your daughter complained, her complaints were dismissed. You will take that dismissal to the grave. You betrayed your daughter to stand by your husband.

‘She has gone through what can only be described as a life of hell. There must have been times in her young life where there appeared to be almost no remission from abuse.’

Addressing Andrews, who was bald and appeared in a white shirt via video link, and kept his head bowed throughout, Judge Sheridan said: ‘You were a thoroughly evil and wicked step-father. Let’s call it exactly what it is. That is the finding of the jury.

‘The jury believed your step-daughter. That is her first step to recovery from a life of hell inflicted by you, with the sex drive of a monster.

‘You treated your step-daughter as an object. If you wanted sexual contact, she had to deliver and the poor little thing was scared to say anything and when she did, her complaints were dismissed.

‘A little girl, an innocent little girl, corrupted and for those years whilst under your care, her life was ruined.’

The judge told Mary-Louisa Andrews that he would have sentenced her to four years imprisonment but he reduced it to three years because her daughter had spoken out in mitigation for her during the trial.

‘She conceded that on occasions you could be a kind mother but it is outweighed at least on those counts by your hard approach to your daughter. She wants no further contact with you. She wants you out of her life.’

He sentenced her to three years imprisonment and put a restraining order forbidding all contact between her and the daughter or her grandchildren, which would be in force indefinitely.

Thames Valley Police said: ‘In this case the victim has waived her right to anonymity, allowing us to name the offenders.’

A spokesman for the NSPCC said: ‘Anoyke Andrews subjected a young girl to a sickening campaign of prolonged abuse that could have been stopped by the girl’s own mother.

‘The daughter’s bravery has helped put her abuser and mother behind bars and sends a clear message that it is never too late for victims to speak out with the confidence they will be listened to and supported.’