Pizza Express is to cut around 1,300 jobs across its UK restaurants after facing a profit hit in the face of tougher coronavirus restrictions.

Bosses at the popular restaurant chain say they are not closing any restaurants but are instead slimming down the company’s existing team.

It comes after the popular chain announced in August that it would close 73 of its restaurants across Britain in a bid to stay afloat in the aftermath of the coronavirus lockdown.

The company, which currently has 370 UK restaurants, said earlier this year that it has finalised a proposal to reduce its restaurant and rental costs via a company voluntary arrangement (CVA).

Today the chain revealed its city centre sites have been ‘particularly hard-hit’ by a recent slump in footfall.

It comes amid tougher coronavirus rules in city areas, such as Manchester and Liverpool, which are currently under the highest level of restrictions in the UK. 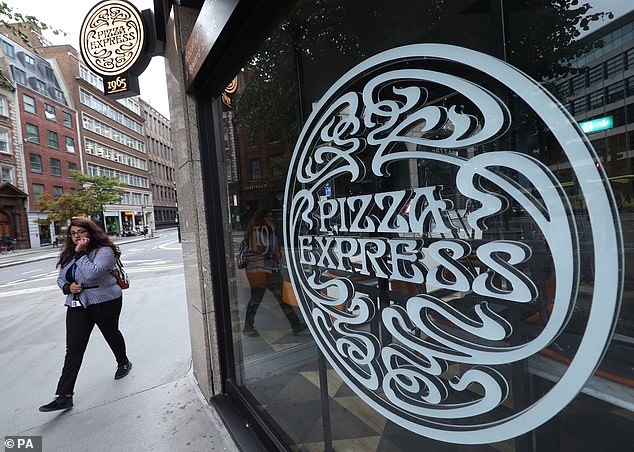 Pizza Express has said it is cutting around 1,300 jobs across its UK restaurants after recent trading worsened in the face of tightened restrictions

However, bosses say a number of suburban and out-of-town locations have seen more resilient trading.

Zoe Bowley, managing director at Pizza Express, said today: ‘Our aim throughout these extremely challenging times has been to keep our team members and customers safe and to retain jobs for as long as possible.

‘Unfortunately, the recent increase in Covid-19 cases is again causing footfall to decline across the UK.

‘As this is expected to continue for some months, we sadly need to make changes that will impact more of our team members.

‘Our people remain at the heart of our business and we are doing what we can to support those who are affected.

‘We believe that this difficult decision will give us more resilience through the next six months and help us to continue serving our customers in our restaurants and at home in the years ahead.’

Bosses revealed in August that although the majority of its restaurants were profitable before lockdown was imposed, earnings had been declining across the Pizza Express estate for the last three years.

As part of the announcement earlier this year, bosses of the chain added that the reduction in revenue caused by the enforced closure of all restaurants, the cost of reopening and the UK’s uncertain economic future meant its rental costs were no longer sustainable. 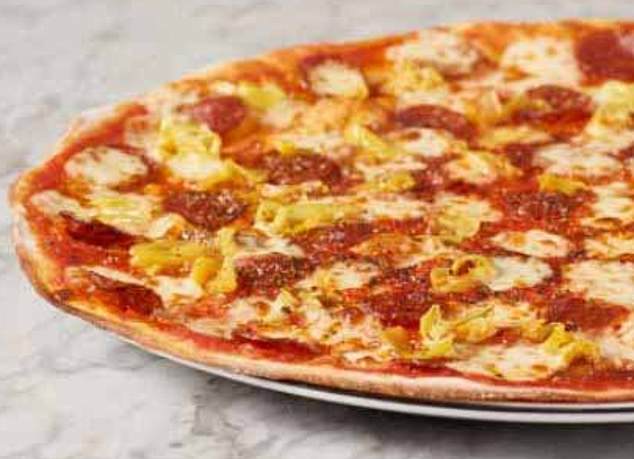 Pizza Express, which is majority owned by Chinese firm Hony Capital, also confirmed in August that it had hired advisers from Lazard to lead a sale process for the business.

The company was set to have a meeting in September about the CVA plans.

Following the meeting, bosses at Pizza Express said 89 per cent of those it owes money to voted in favour of a its CVA deal – which is used by companies to cut costs, particularly in terms of rent.

It was reported earlier this year that the deal would reduce the companies deby pile from £735million to £319million, with some of the money it owes being written off.

THE FULL LIST OF PIZZA EXPRESS RESTAURANTS, AS ANNOUNCED IN AUGUST

END_OF_DOCUMENT_TOKEN_TO_BE_REPLACED

END_OF_DOCUMENT_TOKEN_TO_BE_REPLACED
Recent Posts
We and our partners use cookies on this site to improve our service, perform analytics, personalize advertising, measure advertising performance, and remember website preferences.Ok