A plastic surgeon attended his traffic court hearing over Zoom from the operating room as a patient went under the knife.

The California Medical Board is investigating after video emerged of the bizarre moment Dr. Scott Green appeared on video call from the operating theater on Thursday.

Green appeared before Sacramento Superior Court Commissioner Gary Link’s virtual traffic courtroom in his surgical scrubs with the beeping of surgical machines behind him.

‘Are you available for trial, it kind of looks like you’re in an operating room right now?’ a clerk of the court asks in the video posted by The Sacramento Bee. 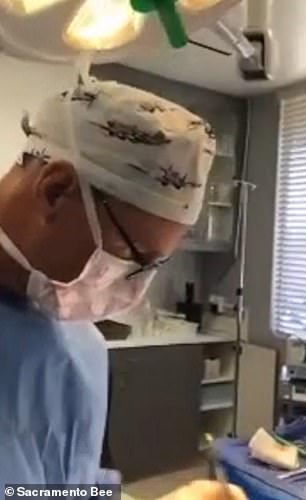 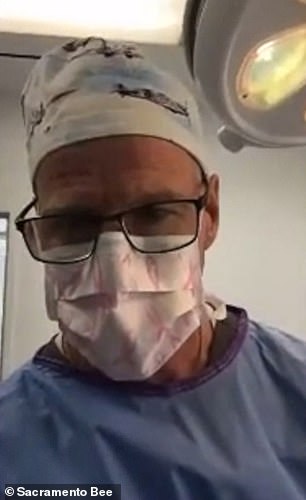 The California Medical Board is investigating after video emerged of the bizarre moment Dr. Scott Green appeared on video call from the operating theater on Thursday 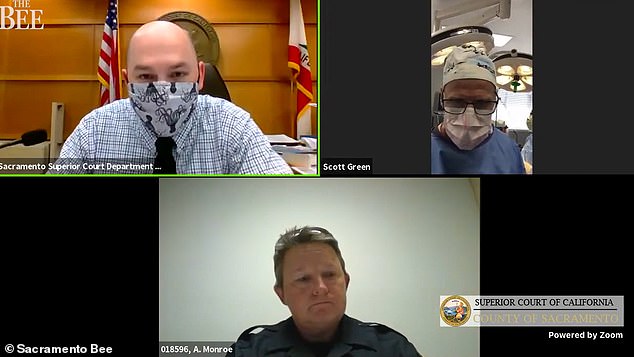 All the while, doctors and medical equipment can be seen in the background of Green’s video.

Once the judge appears and the proceedings begin, Link quickly realizes where Green is standing.

‘So, unless I’m mistaken, I’m seeing a defendant that’s in the middle of an operating room appearing to be actively engaged in providing services to a patient. Is that correct, Mr. Green?’

‘Yes, sir,’ Green responds, as the commissioner notes he should be referring to the defendant as ‘Dr. Green.’

‘I do not feel comfortable for the welfare of a patient if you’re in the process of operating on that I would put on a trial notwithstanding the fact the officer is here today,’ Link continues, noting the officer from Green’s alleged traffic incident is present. 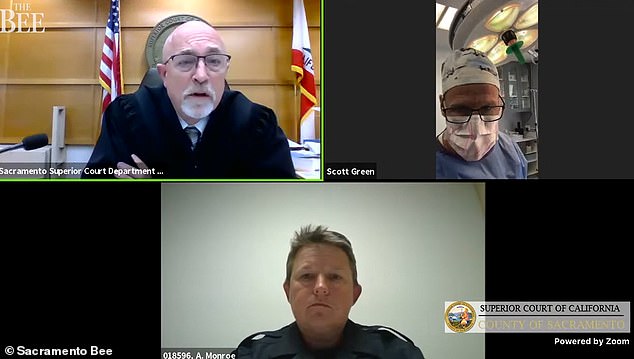 When the court commissioner arrives, he immediately decides the proceedings can’t continue 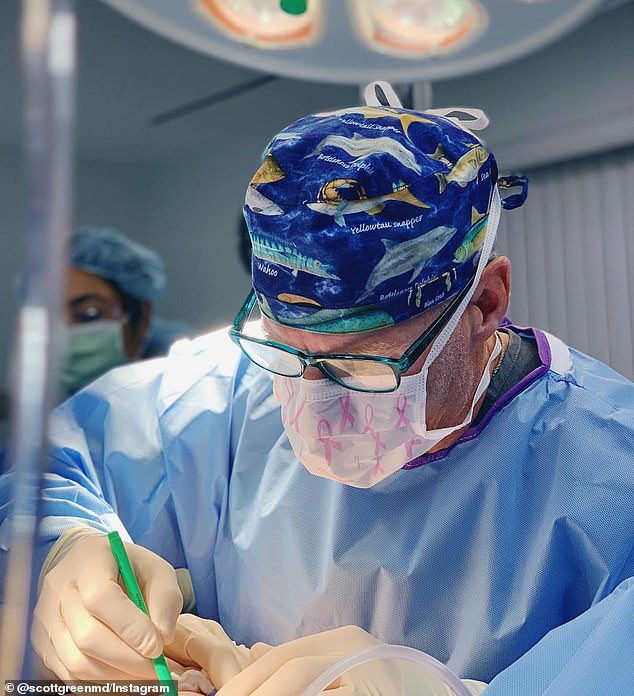 Green is a plastic surgeon in Northern California. It’s unclear what he was in traffic court for

‘I have another surgeon right here who’s doing the surgery with me, so I can stand here and allow them to do the surgery also,’ Green says.

Link quickly replies, ‘Not at all.’

‘I apologize Your Honor to the court,’ Green says. ‘Sometimes surgery doesn’t always go as…’ before he trails off.

‘I’m concerned about the welfare of the patient based on what I’m seeing,’ Link says as he tries to confirm a rescheduled court date of March 4 at 3pm.

Someone else temporarily commandeers Green’s phone before they give it back to he can finish the court process in a breakout room. 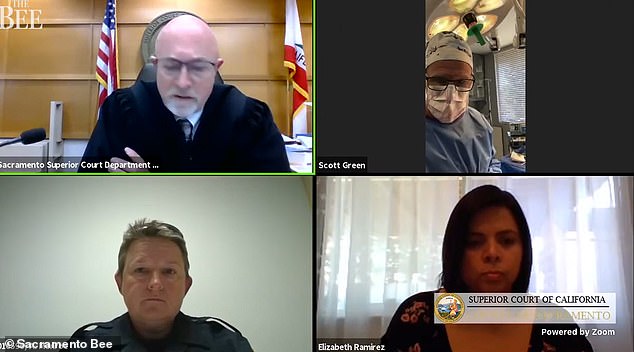 At one point, a person unrelated to the case even managed to pop into the Zoom

The video was streamed live on the Sacramento Superior Court’s YouTube page because traffic court proceedings are open to the public.

The bizarre incident did draw the ire of the Medical Board of California, which controls licensing in the state and suggested that they received a complaint.

‘The Medical Board of California expects physicians to follow the standard of care when treating their patients,’ a spokesperson said to Law & Crime.

‘The Board is aware of this incident and will be looking into it, as it does with all complaints it receives.’

Zoom court proceedings have provided strange moments since the star of the pandemic.

Earlier in February, a Texas lawyer went viral after a filter covered his face during a court case.

‘I’m not a cat,’ the lawyer clarified.

In Peru, there was also an incident of a lawyer caught having sex during a Zoom after leaving his computer camera on.