A police force has been accused of ‘patronising’ the public after releasing a series of coronavirus safety messages in the form of nursery rhymes.

West Midlands Police rewrote the popular songs to include Covid advice but was swiftly met with a backlash when the messages were posted online.

The force is facing anger from critics who branded the adverts ‘cheesy and cringeworthy’ and claimed officers were ‘treating them like children.’ 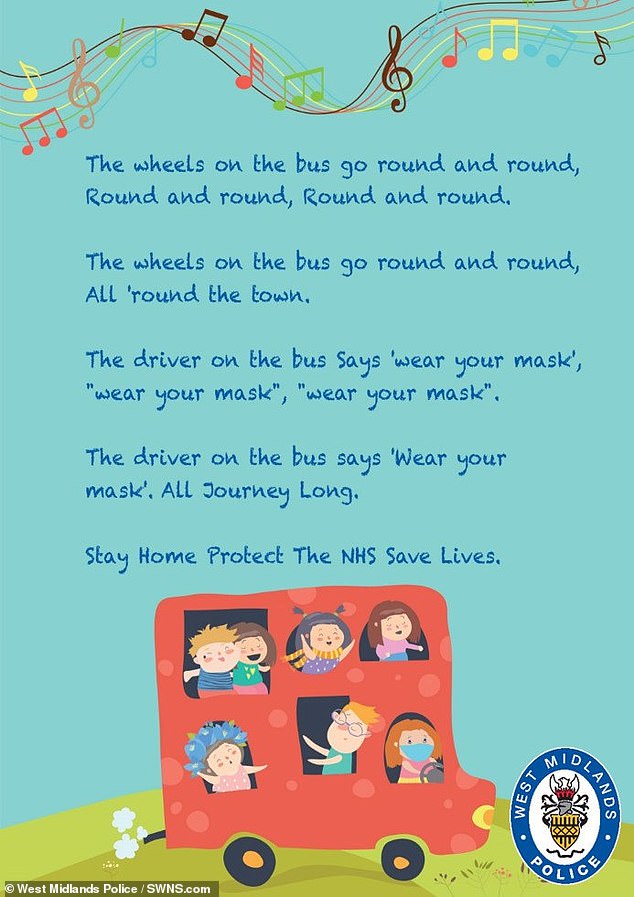 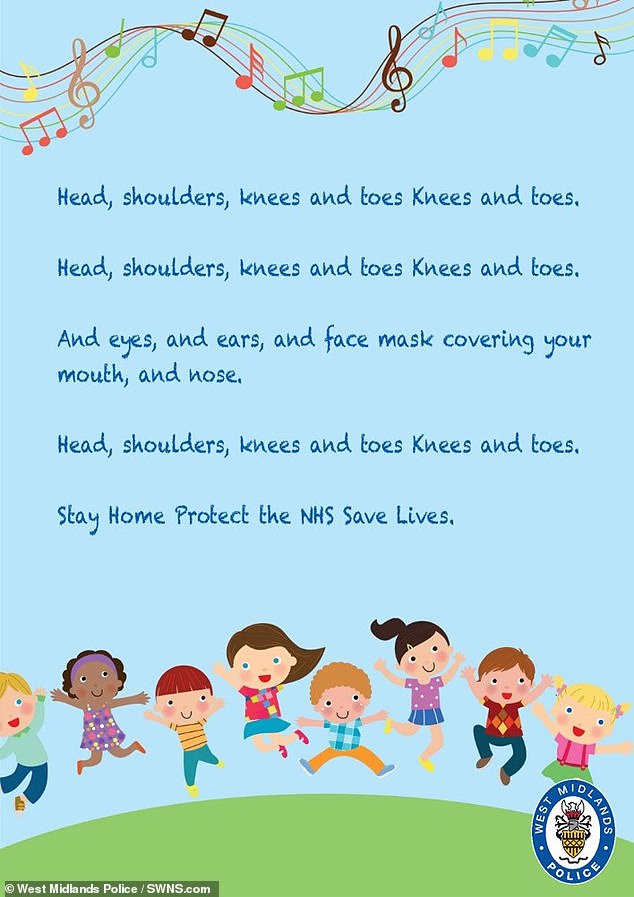 They released the reworded classic rhymes, which were penned by PCSO Adam Bettison, in a bid to help ‘stand out from the crowd and raise a smile’

They released the reworded classic rhymes, which were penned by PCSO Adam Bettison, in a bid to help ‘stand out from the crowd and raise a smile’.

PCSO Bettison changed the lyrics of The Wheels on the Bus which has the driver encouraging people to ‘wear your mask.’

While the PCSO says he has been buoyed by positive feedback from his community, social media users have been less encouraging.

Ben Ward wrote on Facebook: ‘Since when have WMP started treating the public like children. This is as condescending as it gets.’

Tony Spencer added: ‘How cheesy is this. We don’t need officers patronising us about having to wear a mask at a time they already being heavy-handed.’

Usman Mohammed wrote: ‘I get the idea of trying to engage with communities and families etc but this is just pure cringeworthy.’ 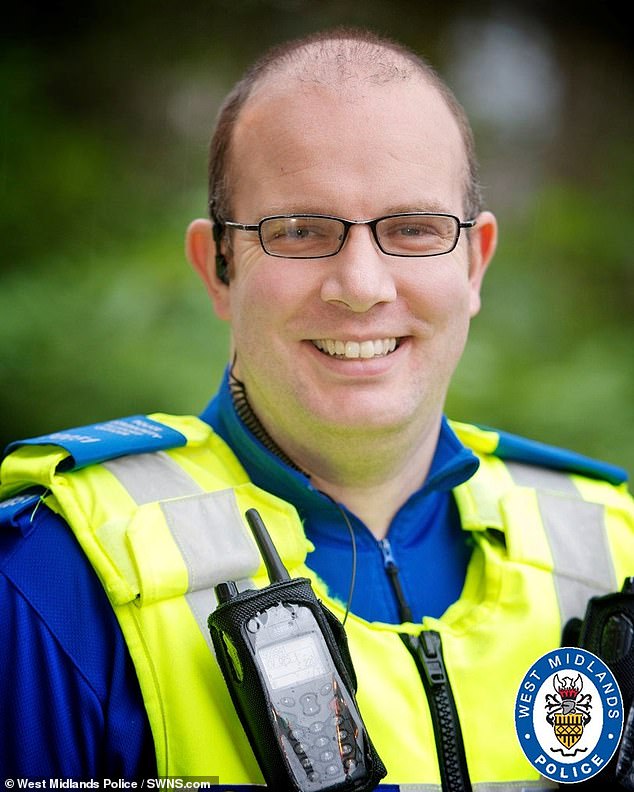 He said: ‘The health warnings are clearly really important but I felt people were in danger of being swamped by them and potentially switching off.

‘I didn’t just want to share more of the same, but get the message across in a more lighthearted way.

‘I’ve been sending one out in the morning and another later in the day.

‘WMNow subscribers can review messages we send out and I’ve had a good few six out of six star ratings.

‘I’ve got plans for a few more yet* and if anyone would like a Covid message to a particular rhyme or song I’ll see what I can do.’