A Polish daredevil known as the Silesian Spider Man has been arrested after climbing up the Marriott hotel in Warsaw using just his bare hands.

Thrill-seeker Marcin Banot was spotted by passersby in the Polish capital scaling the 557-foot tower without a harness or safety ropes.

The 31-year-old was charged with public disorder after officers waited for him at the top of the hotel checked if he was sober, according to reports in The First News.

One of Warsaw’s tallest hotels, the Marriott was first scaled without protection or permission in 1999 by French climber Alain Robert.

Banot who has over 178,000 followers on his YouTube channel has a long history with urban climbing. 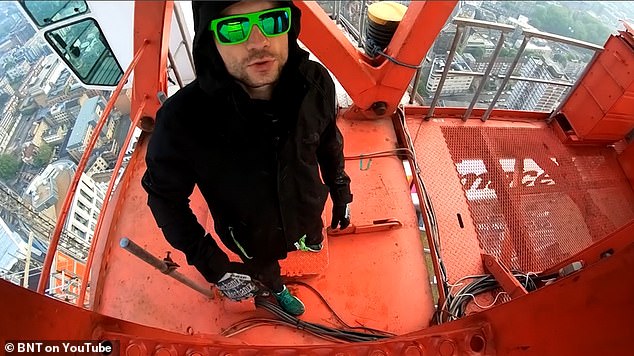 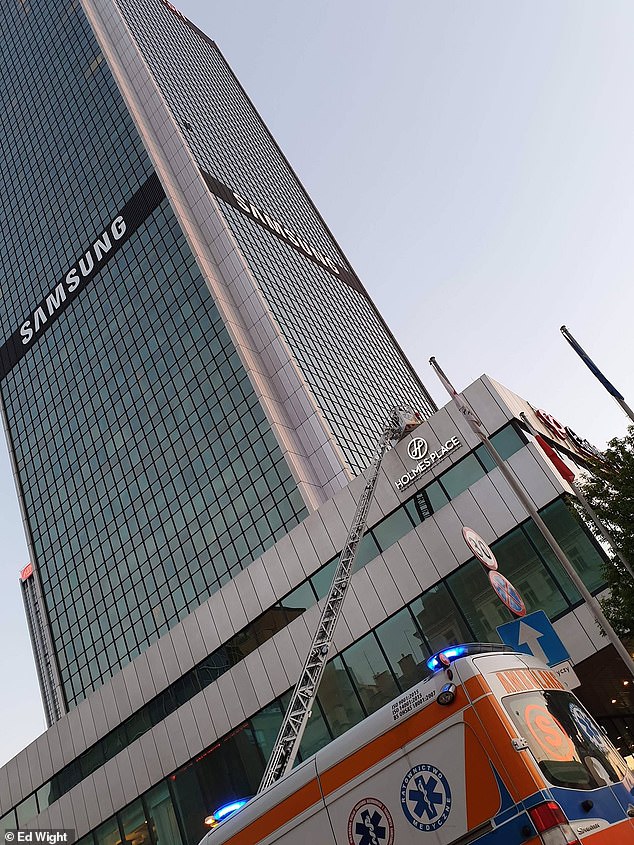 Last year he scaled the UK’s highest bridge, the 500ft Humber Bridge to raise money for a girl suffering from glioma, a form of cancer, a 1,000ft chimney in Romania and the Hotel Melia Barcelona Sky (380ft), as well as a host of abandoned factory chimneys in his home region of Silesia.

When asked asked if he was ever close to death, Banot said: ‘This question would require a very long answer, as it is a philosophical subject.

‘Seriously speaking, we are close to death from the moment of our birth, we actually die every day of our lives. 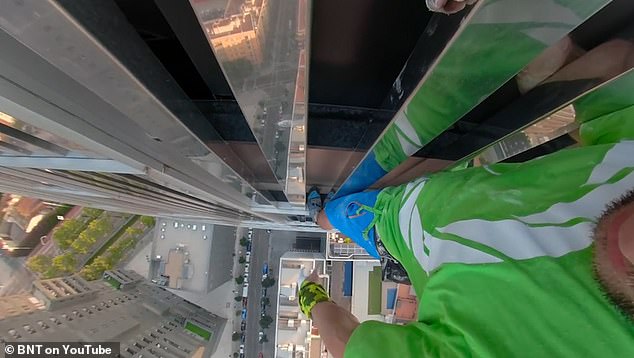 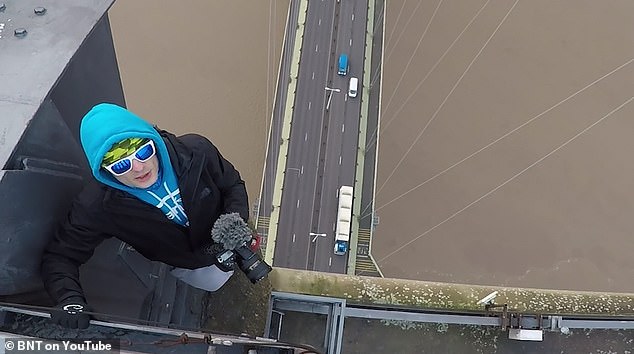 ‘I am close to death every day by driving a car.’

He added: ‘I’m not sure if this is about my need to show off and seek attention, it’s a bit against my introvert character, but this is the case.

For his latest stunt in the Polish capital, he now faces a £200 fine.