Mali’s ousted President and Prime Minister have been freed by the country’s army after the pair resigned, a military representative said today.

Interim President Bah Ndaw and Prime Minister Moctar Ouane were arrested and taken to a military base outside the capital on Monday, jeopardising an 18-month transition back to democracy after a coup last August.

International powers including the United States and military ally France, worried about worsening security in Mali and its neighbours, have condemned the arrests and threatened sanctions.

The two men resigned from their posts while in detention on Wednesday. 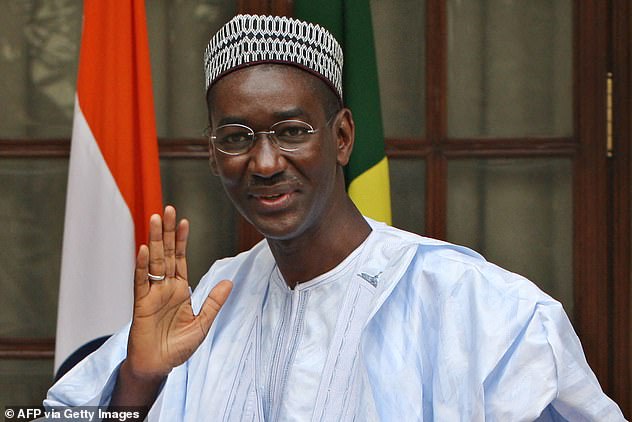 The pair resigned from their positions on Wednesday and were released by the military. Pictured: Prime Minister Moctar Ouane

‘They resigned, their release was scheduled, we have nothing against them,’ said Goita aide Baba Cissa.

Ndaw and Ouane’s whereabouts will be kept secret to protect their security, Cissa told Reuters. He declined to detail any plans for their replacement.

Goita ordered their arrest after a cabinet reshuffle in which two fellow coup leaders were sacked from their posts.

He has promised that next year’s elections will go ahead. But on Thursday his legal advisor Youssouf Coulibaly suggested this commitment was not set in stone. 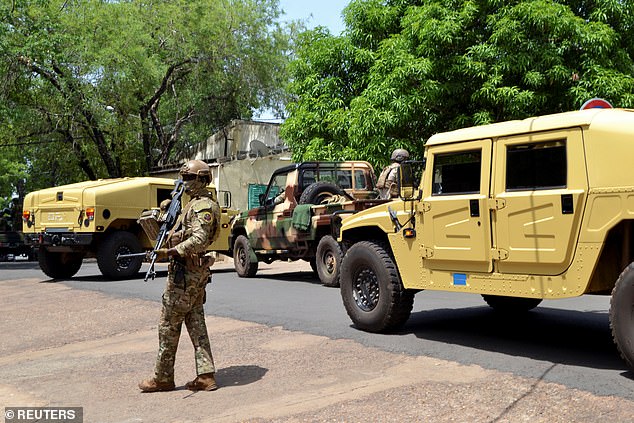 This decision will be taken following consultations with interested parties, he said.

He added that Goita was currently in charge, but negotiations were ongoing about the appointment of a new government.

Mali’s influential M5-RFP political coalition, which led anti-government protests ahead of last year’s coup, has opposed the leadership of Ndaw and Ouane, but also said it would strongly oppose Goita’s appointment as president.

The leadership question could exacerbate a security crisis in Mali’s desert north, where militants linked to al-Qaeda and Islamic State frequently capitalise on political uncertainty.

The militants have used Mali as a base from which to launch attacks across the Sahel in recent years. The arid region south of the Sahara saw an eight-fold increase in deadly attacks from 2015 to 2020. Over 5 million people have been displaced. 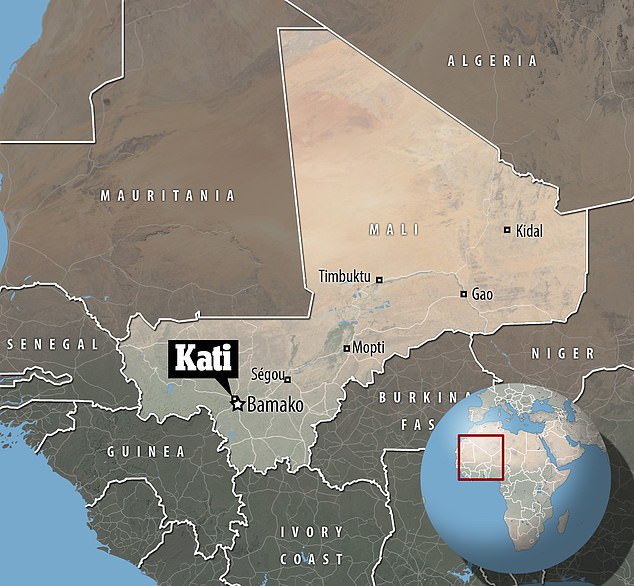 The EU military mission in Mali (EUTM), which briefly suspended its training program in 2020 in the aftermath of the August coup, said on Thursday that Malian soldiers will continue to receive training.

‘We are following the situation closely and are not taking any abrupt decision,’ Lieutenant-Colonel Pardo, the mission’s spokesman said.

Kati’s military base is notorious for ending the rule of Malian leaders. Last August, the military took President Keita to Kati and forced him to resign. A mutiny there helped topple his predecessor Amadou Toumani Toure in 2012.

Mali has been in turmoil ever since. Toure’s departure triggered an ethnic Tuareg rebellion to seize the northern two-thirds of the country, which was hijacked by al Qaeda-linked jihadists.

French forces beat the insurgents back in 2013 but they have since regrouped and carry out regular attacks on the army and civilians. They have exported their methods to neighbouring Burkina Faso and Niger where attacks have skyrocketed since 2017.

There had appeared to be some cause for optimism. The transitional government said last month that it would hold legislative and presidential elections in Feb. 2022 to restore a democratic government.

‘It is regrettable, but not surprising: the arrangement agreed to after the coup last year was not perfect, but it was a compromise agreed to by all the major Malian and international stakeholders,’ said J. Peter Pham, former U.S. special envoy for the Sahel, now with the Atlantic Council, told Reuters.