Pride is the movement for equality and an end to discrimination for the lesbian, gay, bisexual, transgender and queer (or questioning) and others (LGBTQ+) community. 2019 marks 50 years of prides, marches and events in commemoration of the Stonewall Riots in New York. Five-day impromptu demonstrations were led against police in 1969 after popular LGBTQ+ pub Stonewall Inn was raided in Greenwich Village. The protests are considered to be the birth of the LGBTQ+ movement.

At the time, such raids were common in gay bars but this was the first time individuals fought back in sizeable numbers.

The Stonewall Riots inspired similar movements across the United States and around the world. 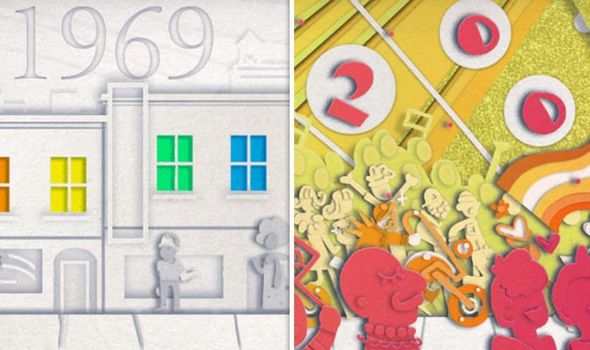 Pride is now an international month-long celebration held every year in June.

Gay pride culture is typically represented by the rainbow colours of the Pride flag, which adorn the Google icon today.

The upbeat video does not focus on the Stonewall riots but on the birth of the flourishing LGBTQ+ movement depicted by colourful characters marching with heart signs and music.

As the decades roll on, the Google Doodle timeline shows the swell in support from the world. 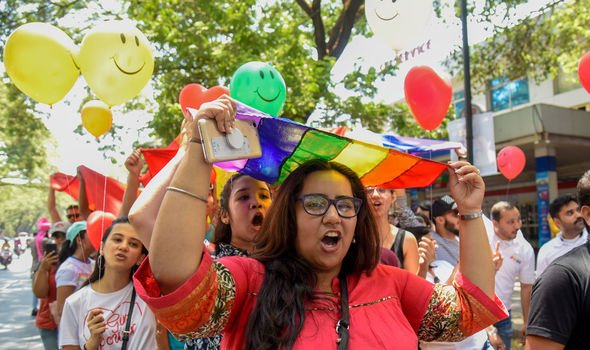 The banners and Pride Movement symbols become more numerous as they are held aloft by packed marchers in front of cheering crowds.

Doodler Nate Swinehart explained what the project and the making of the Doodle meant to him.

He explained: “The Pride Parade is a symbol of celebration and liberation for the entire LGBTQ+ community.

“From its early days of activism on Christopher Street in New York City, to the worldwide celebrations of today, it has empowered and given voice to a bright and vibrant community. 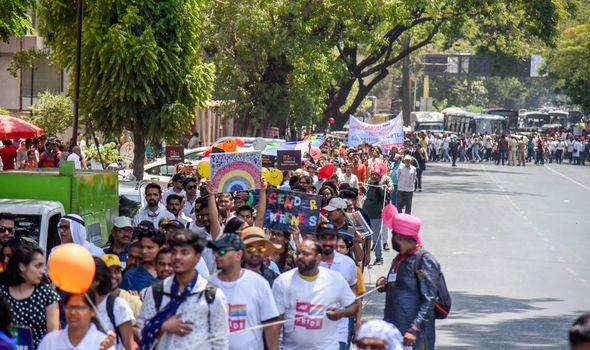 “In celebrating 50 years of Pride, my coworker Cynthia Cheng first had the idea to depict the parade itself and show it growing in size and momentum across the decades.”

The timeline remembers the significant aspects of Pride’s history.

They include the recognition of Aids as a disease in 1982, the Netherlands becoming the first country to make same-sex marriage legal in 2001 and India’s decision to decriminalise homosexuality in 2018.

This year, two transgender activists associated with the 1969 Stonewall Riots will have their memory honoured with a monument.

Marsha P. Johnson and Sylvia Riveria were two drag queens who were at the forefront of the original protests – they will be the first transgender icons to be recognised with a statue in the United States.