Prince Harry and Meghan ‘have not criticised the Queen’

London: Prince Harry and Meghan insisted that they had not made any public statements criticising the Queen as they sought to further distance themselves from an unauthorised biography.

A “close source” quoted in a new epilogue to Finding Freedom suggested the couple were unimpressed by the Queen’s claim that “recollections may vary” in response to their allegations of racism.

The source also said the couple were “not surprised” by a perceived lack of action at the Palace over their claims. 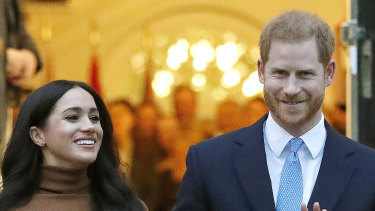 In regular contact with the Queen: Prince Harry and Meghan, the Duke and Duchess of Sussex.Credit:AP

However, the Sussexes, who have often appeared at pains to highlight their close relationship with the Queen, insisted that the unnamed sources did not speak on their behalf, while reiterating that they had not collaborated with the authors of the book.

The couple are understood to remain in regular contact with the monarch.

Their lawyers threatened legal action against any organisation that suggested they had “reignited a rift” with the Queen by publicly attacking her.

The couple had previously insisted that they did not collaborate with Omid Scobie and Carolyn Durand, the authors of Finding Freedom, and did not authorise anyone to speak on their behalf.

Last year, their lawyers listed a series of “incorrect” details made in the book as they sought to undermine its credibility when it was introduced as evidence in Meghan’s privacy case against The Mail on Sunday.

However, Meghan admitted in court documents that she did not know if the Kensington Palace communications team had provided information on her behalf and that, on one occasion, she did pass information to the authors via an intermediary. It is understood that the couple have not yet been sent a copy of the new epilogue, which is due to be published on August 31. 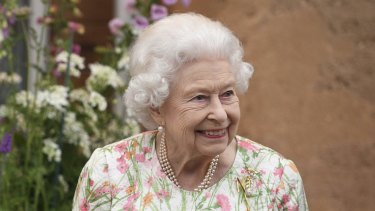 Meanwhile, it emerged that Prince Harry had pledged to donate $US1.5 million ($2.1 million) from the proceeds of his forthcoming memoir to Sentebale, the charity he set up in memory of his mother to support children affected by HIV in Lesotho and Botswana.

The book, to be released late next year, has been billed as a memoir of his life, sharing the “definitive account” of his “experiences, adventures, losses and life lessons”.