London: The Queen’s income has been hit hard by the COVID pandemic as lockdowns and travel restrictions led to a 53 per cent decline in takings from tourists visiting royal palaces.

Buckingham Palace and Windsor Castle in England alongside the Palace of Holyrood House in Scotland are among the royal residences which would usually be open to visitors. Mothballing them cut the sovereign’s income to £9.4 million pounds ($17.3 million) in 2020-21 from £20.2 million a year earlier, according to annual accounts published on Thursday, London time.

An earlier forecast estimated the closure of the palaces would shave £15 million off the supplementary income over the next three years. 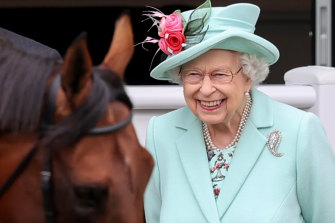 British taxpayers funded the Queen to the tune of £85.9 million in 2020-21 in line with an agreement struck with the government in 2012, the royal accounts show. Of that, £51.5 million went towards official travel, property maintenance and the operating costs of the monarch’s household. An additional £34.4 million went towards renovating Buckingham Palace in London.

The Queen’s official expenditure is paid for by the British public in exchange for the surrender of the revenue from the Crown Estate – lands traditionally held by the monarch. She also derives income from a personal investment portfolio. 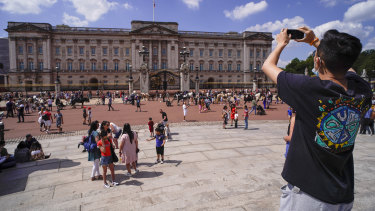 A man takes a picture of Buckingham Palace in London. The pandemic meant less revenue from tourists for the royal coffers.Credit:AP

The Crown Estate is run by Australian businessman Dan Labbad, who took over in December 2019 after a stint running the Europe arm of construction giant Lendlease.

The Queen’s annual payment is worth 25 per cent of the Crown Estate’s profits. The other 75 per cent goes to Treasury. The estate made a record profit of £345 million in the financial year before COVID-19 struck.