Seasonal workers will be allowed to camp for months on private land in Victoria’s holiday hotspots and property owners are being urged to host employees in their homes amid widespread staff shortages in coastal towns.

The worker shortfall, which is particularly acute in hospitality, has sparked fears Melburnians will descend on the coast during their holidays to find businesses closed part of the week and offering stripped-back services. 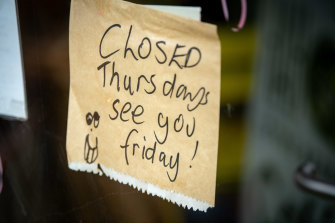 Many businesses have been forced to cut back their trading hours in Lorne due to staff shortages. Credit:Eddie Jim

A lack of affordable rental properties and the absence of international travellers are major contributors to the employee scarcity.

In response, the Surf Coast Shire is preparing to extend camping limits on private property from 28 to 120 days for workers only and limited to one tent or caravan per property. The proposal is expected to be endorsed in a vote next week.

A shire survey of hospitality businesses earlier this year revealed a shortage of 2065 workers on the Surf Coast. 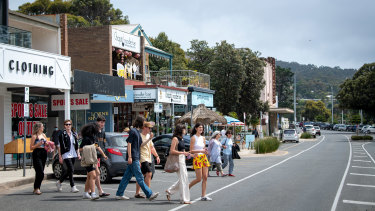 Crowds have arrived in Lorne, but many businesses are unable to trade all week due to staff shortages. Credit:Eddie Jim

“It is an unprecedented situation,” she said.

Workers are also needed in healthcare, retail and construction in regional Victoria.

Colac Otway Shire, which takes in Apollo Bay, has also changed its local laws, so workers can camp on private land continuously until the end of April next year.

The shire has declared an essential worker and housing crisis.

More people have moved to the regions in recent years while some holiday-home owners have begun generating lucrative incomes listing their properties via short-stay property rental platforms such as Airbnb.

These factors have wiped out affordable and long-term rental properties.

This summer, Clive Goldsworthy will welcome seasonal workers into the semi self-contained unit attached to his Lorne home, and he wants others to do the same.

The former councillor is opening his home as part of the “adopt a worker” program launched by the Lorne Business and Tourism Association. The group estimates Lorne needs at least 100 workers and the same number of beds. 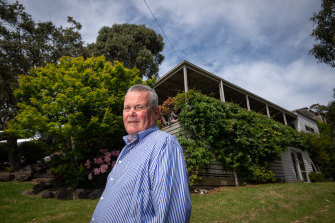 Clive Goldsworthy will rent out a self-contained unit that’s part of his house to seasonal workers. Credit:Eddie Jim

“We are finding that businesses are closing for one or two days a week, or they’re only doing breakfast and lunch,” Mr Goldsworthy said. “Others might only be doing dinner.”

He plans to charge about $135 a week, so the accommodation is affordable for workers.

The association is calling for anyone with a spare room, granny flat, house or land for camping to host workers at a reasonable price. 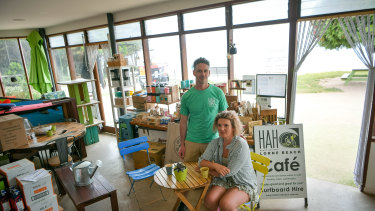 Leon Walker and wife Katie, who own the HAH Lorne Beach cafe, have had to reduce their opening hours. Credit:Eddie Jim

“It’s hitting everyone,” he said. “We don’t want to burn out staff even before we’ve got to peak season.”

Businesses across Lorne’s main strip are advertising for workers and some were closed on the first day of summer this week, despite the influx of schoolies.

Mr Walker said securing a long-term rental property or even for just a couple of months was all but impossible across the Surf Coast.

He hoped property owners would embrace the adopt-a-worker program in a spirit of community contribution, rather than listing properties on short-stay sites for the highest possible price.

Geelong Region Alliance chief executive Giulia Baggio said local businesses could not make the most of the holidays if they were short of workers.

“The hopes are really high this summer for a huge bounce-back,” she said. “But housing and labour shortages are an enormous handbrake.”

The alliance, which represents five councils and other industry groups, has been talking to superannuation funds about investing in affordable housing. 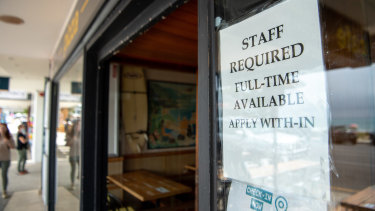 The council is unlocking land in Wonthaggi for more housing.

It has also decided to make unused road reserve land available for affordable housing in Cowes and Wonthaggi. But Ms Wastie conceded more needed to be done.

“Unfortunately, [the] council does not have a lot of council-owned land that is suitable for housing,” she said.

The Mornington Peninsula Shire also declared a housing crisis last month and councillors voted to collaborate with other coastal councils to resolve the issue.

The council has cited a lack of affordable housing particularly in Sorrento, Rye and Portsea as a major contributor the worker shortage in the region. There are currently 3000 short-term rentals on the Mornington Peninsula, the shire said.