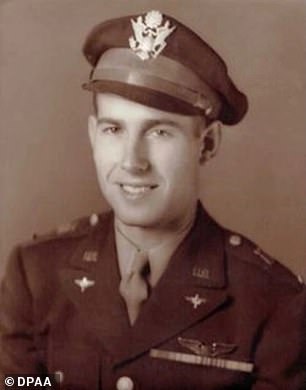 The recovered remains of World War II pilot Ernest N. Vienneau, pictured, were buried in Maine on Saturday more than 70 years after his body was lost in Europe’s Adriatic Sea

The recovered remains of a World War II pilot were buried in Maine on Saturday more than 70 years after his body was lost in the Adriatic Sea.

Relatives from across the country gathered in Millinocket to honor the life of US Army Air Forces 2nd Lt. Ernest N. Vienneau, who was 25 when the B-17 bomber on which he served as co-pilot came under fire over present-day Slovenia on November 6, 1944.

Vienneau was mortally wounded in the attack and he crashed his bomber into the ocean off the coast of Vis Island, Croatia.

While the 10 crew members made it out of the aircraft alive, Vienneau’s body was not able to be recovered from the sinking B-17.

The pilot and his plane were lost until divers finally discovered the wreck in 2017.

This weekend, Vienneau was buried next to his parents at Saint Martin of Tours Cemetery in Millinocket along with the wings that he earned shortly before his death, Maine Public Radio reported.

Vienneau’s niece, Joyce Totten, told the radio station that she had promised her late mother she would make sure to reunite Vienneau with his wings if he was ever found. 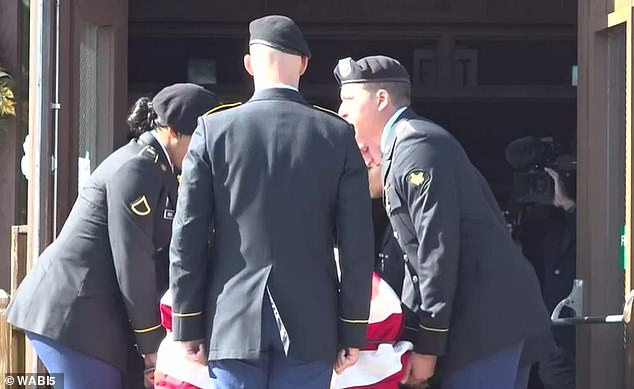 Meanwhile, Vienneau was laid to rest in his home town, his casket carried by members of the local American Legion, pictured, after almost 77 years missing in action 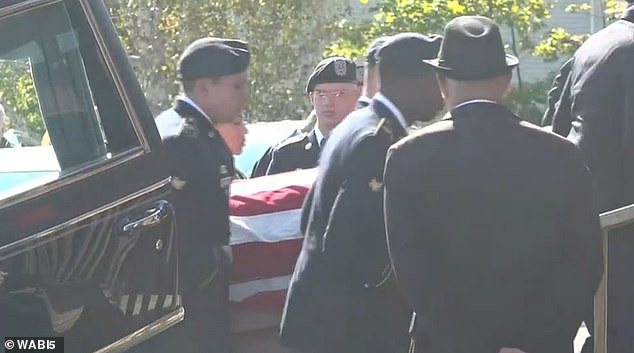 American Legion members carry Vienneau’s casket, draped in an American flag, after he was positively identified following 77 years of being MIA 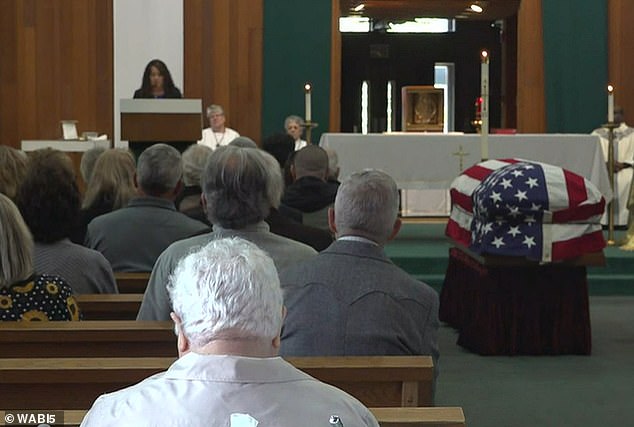 The remains of Vienneau, who gave his life for his country was buried at his final resting place in Millinocket. Funeral services for the WWII pilot were held Saturday

‘It’s going to be hard to give them up, but I will. That’s what my mother wanted,’ Totten said.

‘We never thought we would be able to bring Uncle Ernest home, but 77 years later, here we are. Never give up hope on anything,’ Totten said.

His brother, Robert – who is now 76 and lives in Boston – told local Maine radio station Q106.5 that ‘Ernest died in 1944 when the oldest of us were infants.’

Vienneau was one of 12 children born to the Millinocket family.

That the family has requested that the divers leave flowers on the co-pilots seat, where Vienneau had sat, should they ever return to the wreckage site, the station reports.

The wreck of the bomber was found in a dive in 2017 and human remains were recovered and submitted for analysis in fall 2020.

Information on the wreckage was initially received back in 2005 by Defense Prisoner of War/Missing Personnel Office (DPMO), a predecessor to The Defense POW/MIA Accounting Agency (DPAA).

However definitive proof that it was Vienneau’s plane, was not immediately available at the time, according to the DPAA.

But in June 2017, the agency eventually partnered up with Lone Wolf Productions to document the underwater search and excavation of aircraft wreckage off the coast of Vis Island, Croatia – believed to be Vienneau’s B-17.

The DPAA, along with Lund University, University of Zadar, the Croatian Conservation Institute, and the Croatian military recovered possible remains in the fall of 2020 and had it analyzed by the DPAA Laboratory at Offutt Air Force Base, Nebraska, ultimately proved that it was indeed Vienneau.

One of the divers that found the remains, Steve Jones, from Aberdare, South Wales, told CaterNews.com that ‘the aircraft was in such remarkable condition, it was as if it had just landed.’ 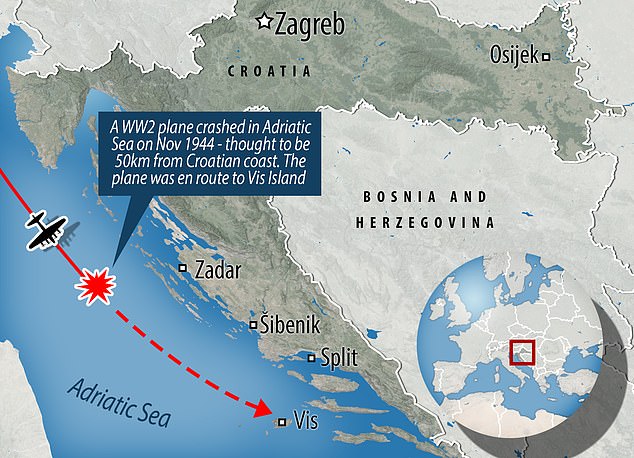 Pictured: a map of Vienneau’s flight path and crash site off the European coast during WWII 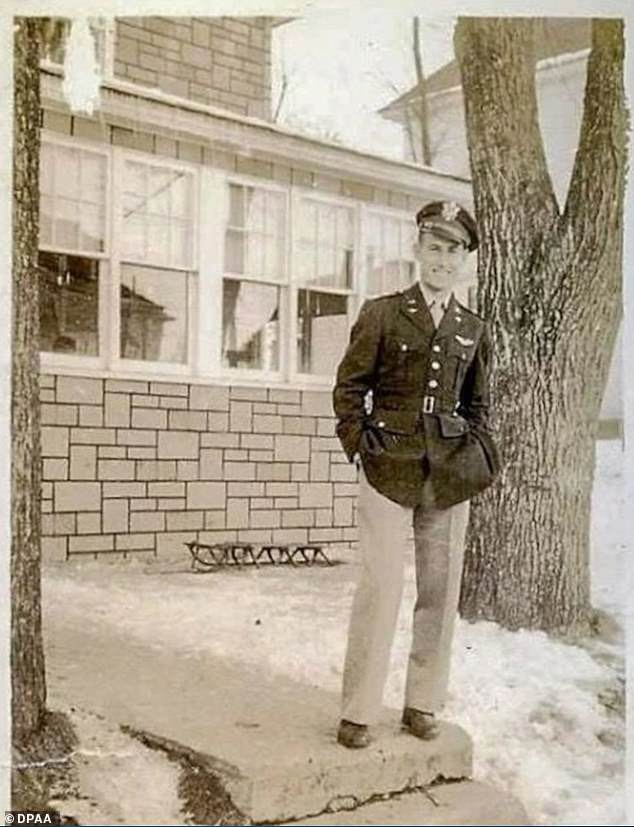 Vienneau, who was 25 when the B-17 bomber on which he served as co-pilot came under fire over present-day Slovenia on November 6, 1944

‘The dive was a solemn experience as we knew Ernest’s remains were on board,’ Jones said.

Meanwhile, Vienneau was laid to rest in his home town, his casket carried by members of the local American Legion, after almost 77 years missing in action.

‘I am teary eyed. I knew I wouldn’t control myself this weekend. I do my best to, but this was so important to his parents and to his siblings, you know for decades they wanted to bring him home and it’s been so many years,’ said Totten.

‘We didn’t think it would happen,’ she added, after driving to her late uncle’s funeral service from Connecticut, all in an effort to pay her respects to a family member she never got to personally meet.