RUMORS are mounting that Donald Trump is starting to move out of the White House as pictures show boxes being taken from the West Wing.

The snaps were taken on Wednesday and Thursday – just days ahead of Biden's inauguration, when he's set to replace Trump on January 20. 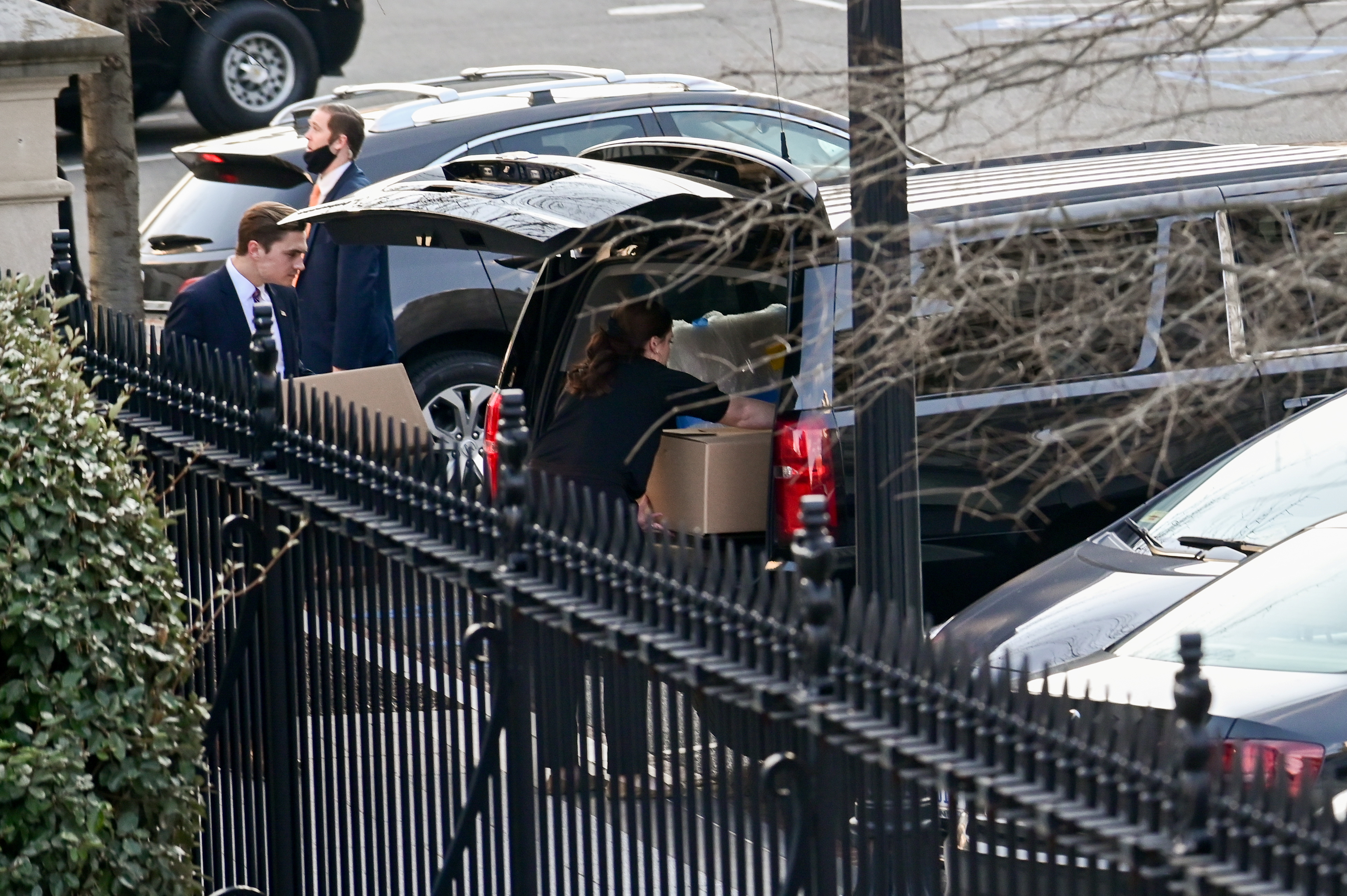 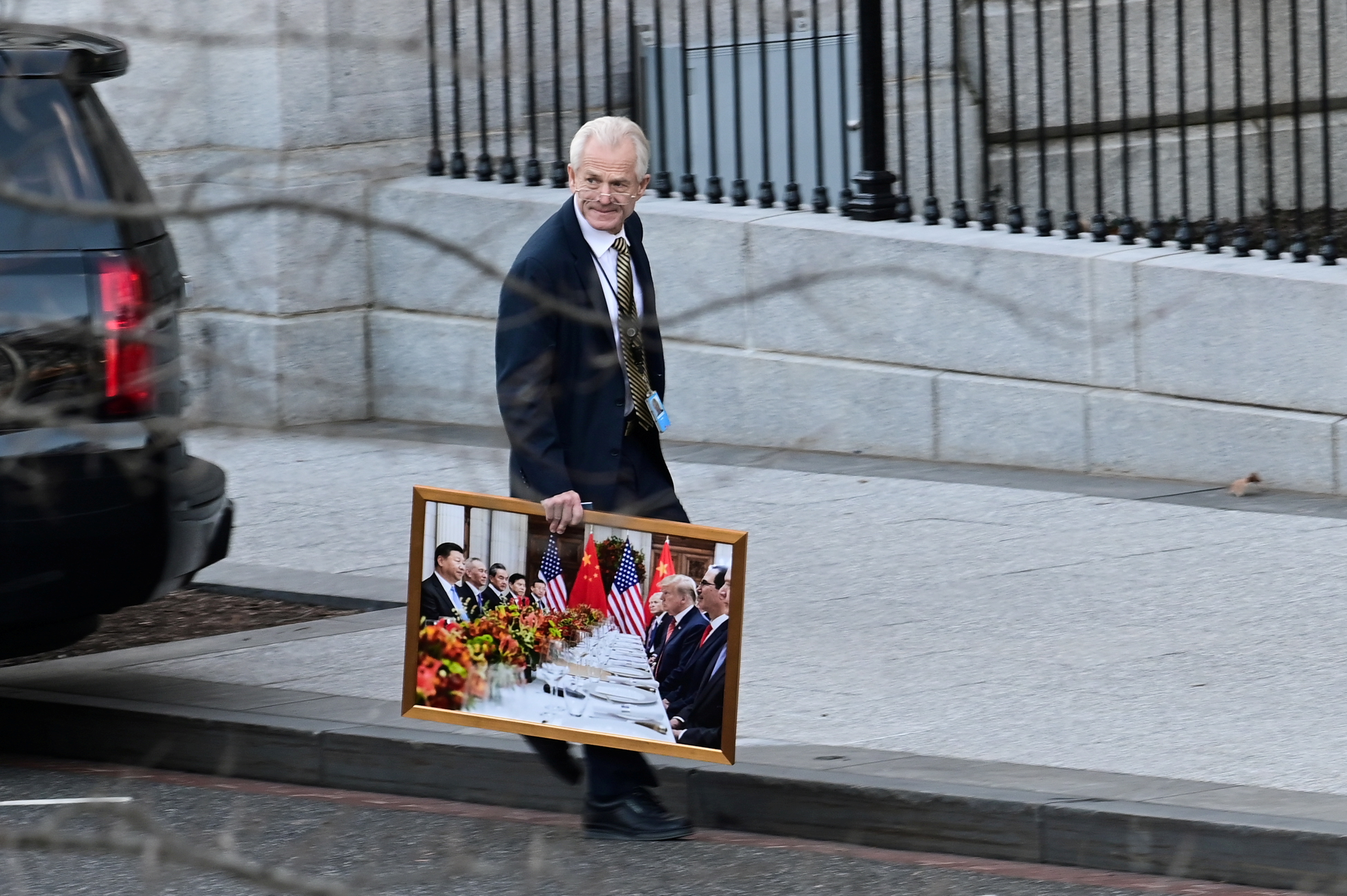 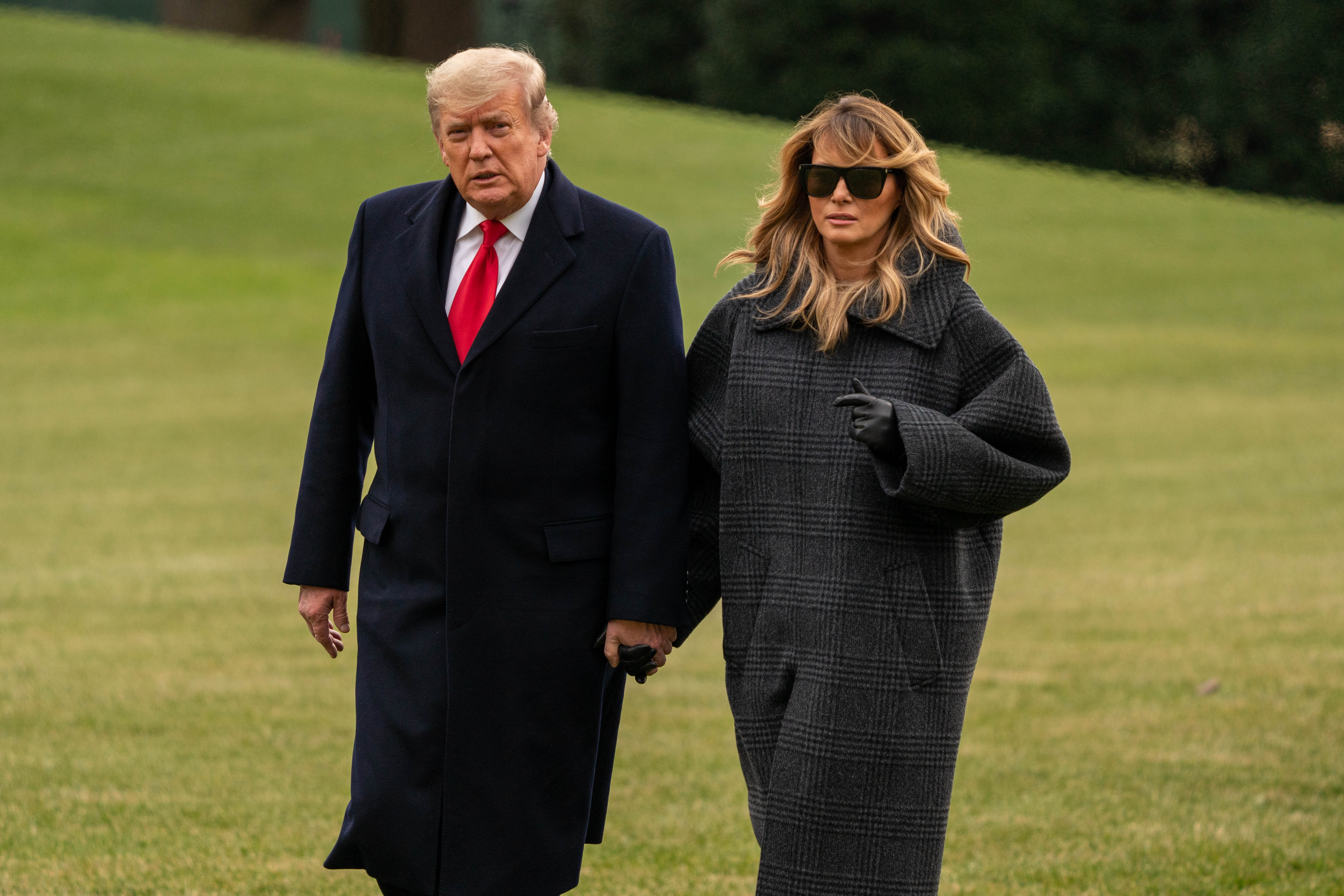 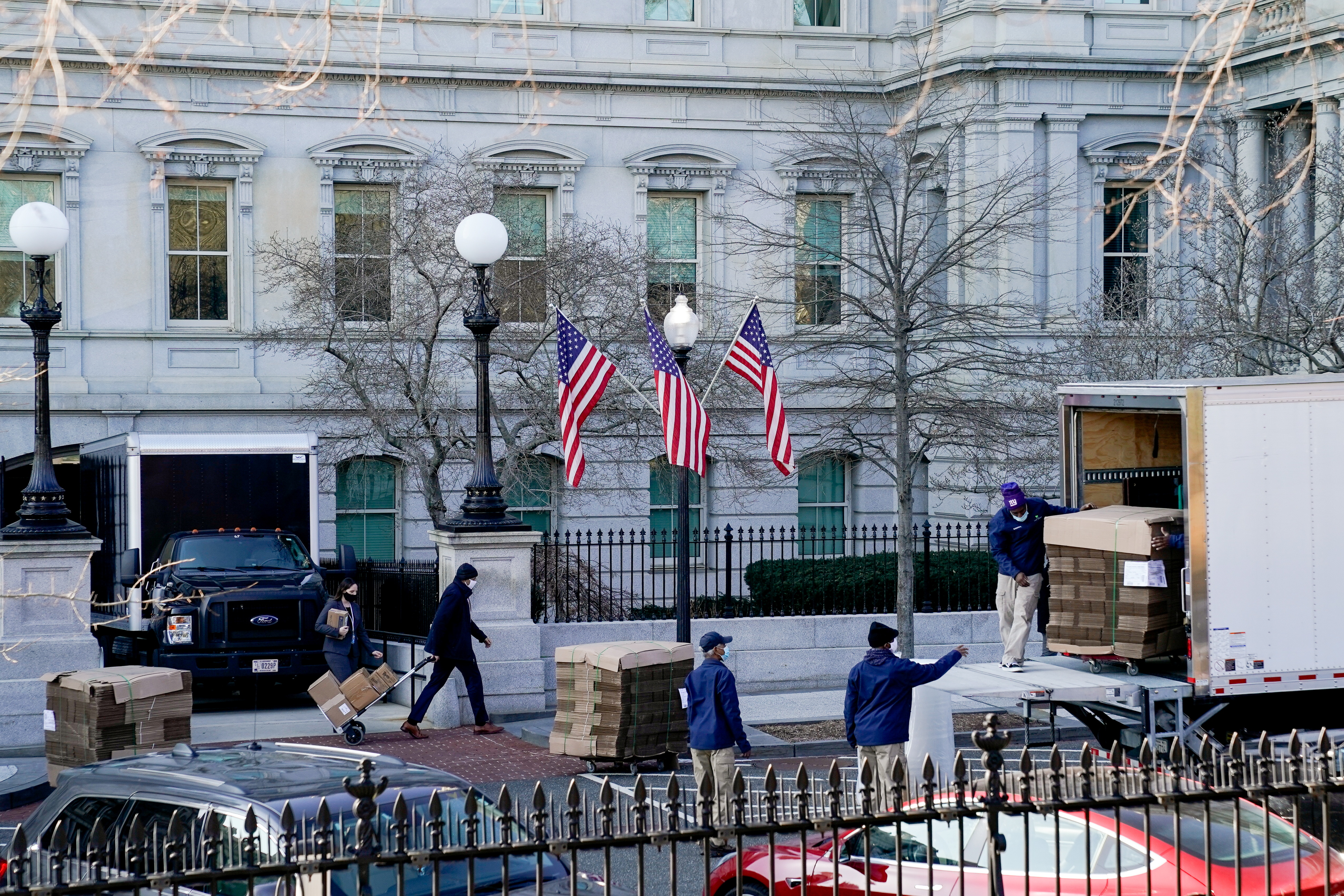 A snap shared form Washington DC showed people loading boxes into the back of a black SUV.

The boxes were taken from the West Wing of the White House.

Other items that appeared to be wrapped in protective covering were seen being loaded by staffers into the back of the vehicle.

As boxes were seen being loaded into an SUV, another shot showed pallets of empty boxes being unloaded from the back of a truck.

Crews were seen with at least three stacks of unfolded boxes – standing several feet high – and taking them out of a truck.

In a third shot, Trade Adviser Peter Navarro was seen carrying a picture of Trump and Chinese President Xi Jinping at a table. 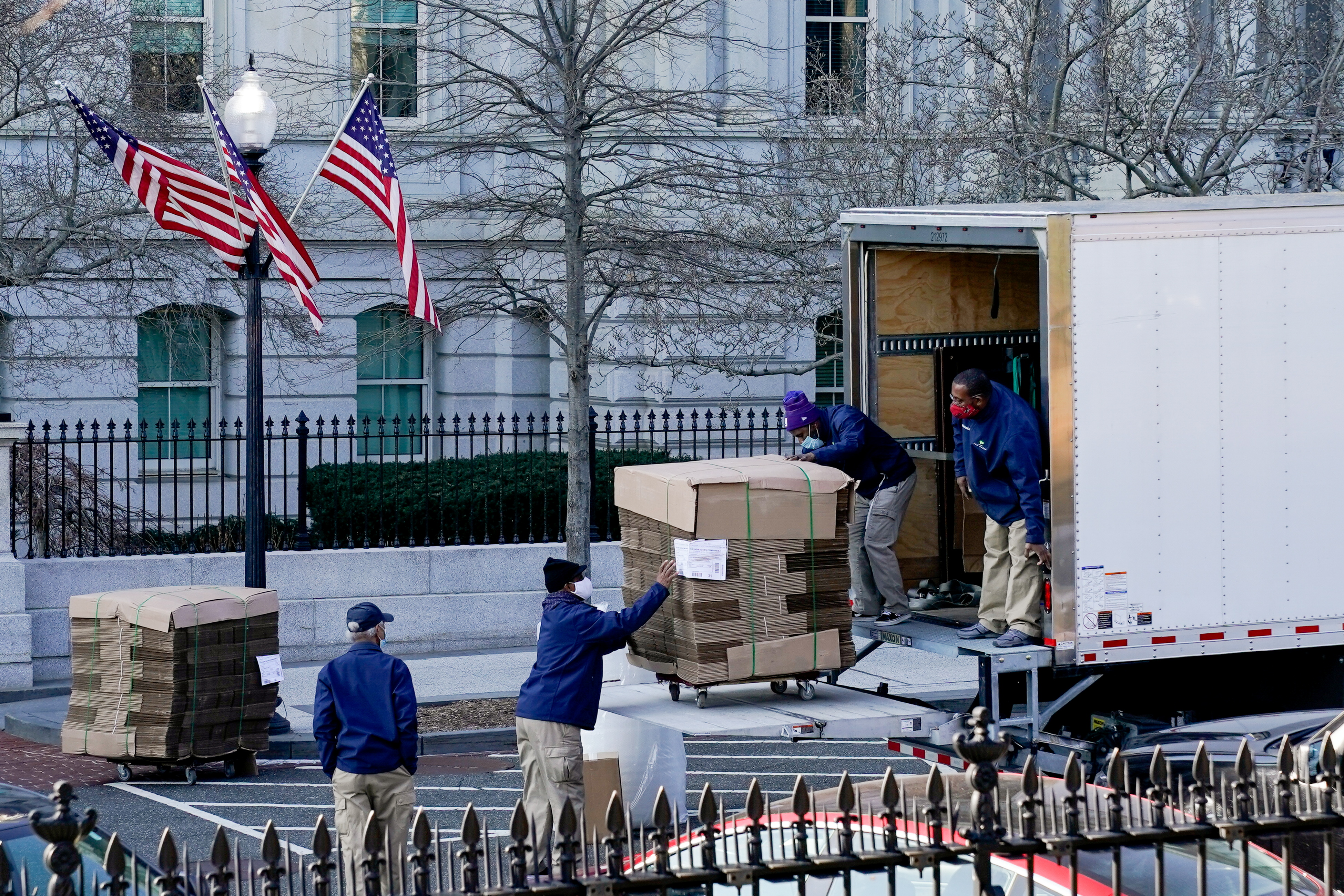 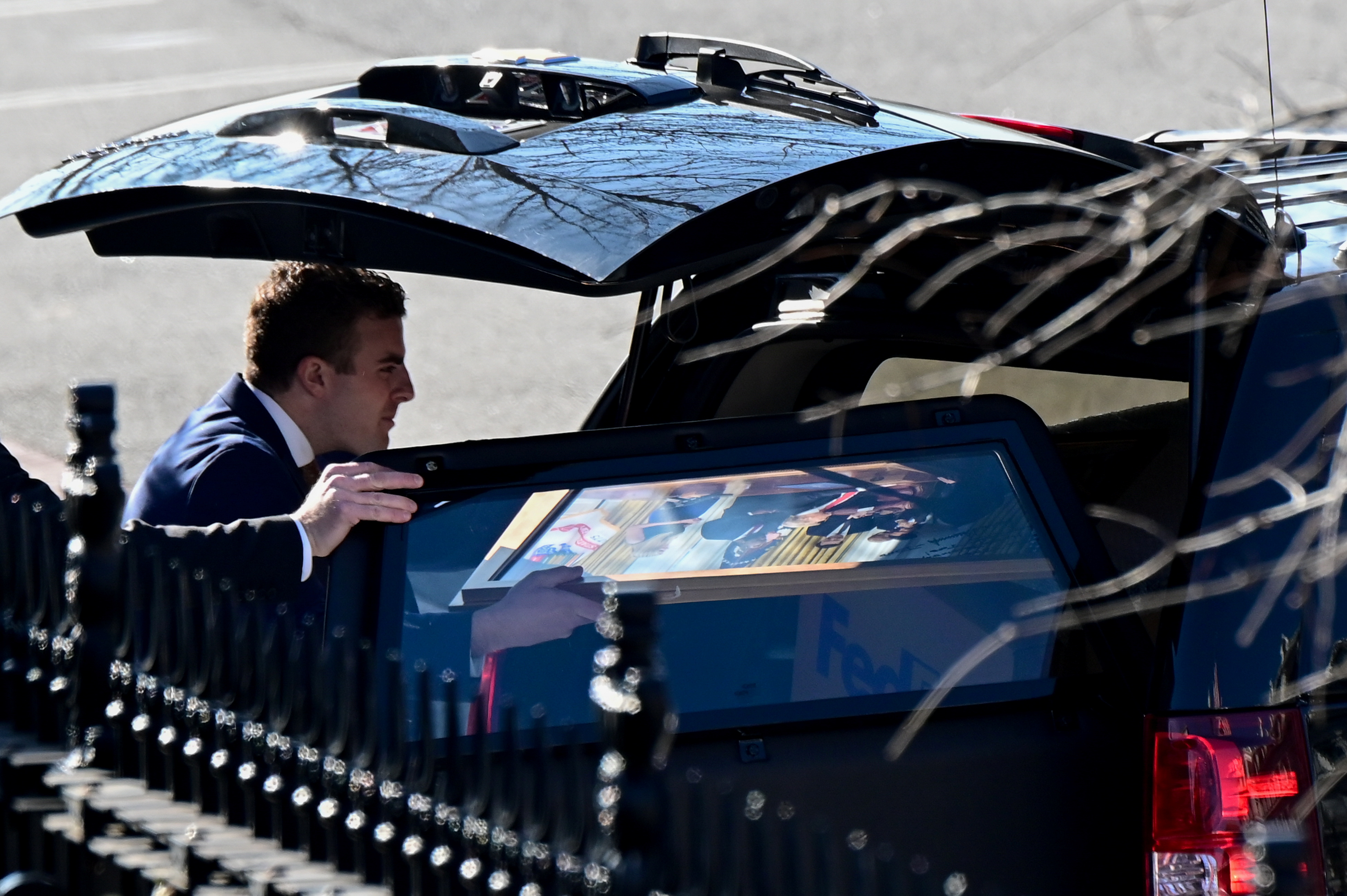 Another picture was also seen being loaded into the back of an SUV.

The snaps were taken on Wednesday and Thursday – a week ahead of Biden moving in and replacing Trump in the White House.

The Trump campaign did not immediately respond to The Sun for comment.

After he's inaugurated on January 20, Biden will move into 1600 Pennsylvania Avenue, where he will reside for the next four years as president.

Biden's been counting down the days to the start of his presidency.

"In 10 days, we move forward and rebuild — together," the Democrat tweeted on January 10.

Dr Jill Biden, Joe's wife and the incoming First Lady, has also been counting down the days.

The snap of the boxes being loaded was taken as members of Congress debated Trump's second impeachment.

It also came weeks after White House staff were told to clean out refrigerators and microwaves, and told to box up their office supplies.

Staff were reportedly told to disregard the email 20 minutes later, however, sparking confusion.

White House employees were said to begin heading out of the White House beginning on January 4.

Pics outside the White House came just a week after snaps taken outside Jared Kushner and Ivanka Trump's home appeared to show a moving truck.

The couple were first rumored to be moving back to New York City after the Trump administration exits the White House – but the duo have reportedly bought a $30million home in Florida.

END_OF_DOCUMENT_TOKEN_TO_BE_REPLACED

END_OF_DOCUMENT_TOKEN_TO_BE_REPLACED
Recent Posts
We and our partners use cookies on this site to improve our service, perform analytics, personalize advertising, measure advertising performance, and remember website preferences.Ok