Russia has controlled the Zaporizhzhia nuclear power plant, the largest in Europe, since its capture during the early weeks of the invasion of Ukraine. However, a recent escalation of fighting in the area as well as suspicious military activity has sparked fears of an imminent nuclear disaster. Footage posted on social media yesterday and confirmed by news outlets showed Russian ammunition stores and military vehicles inside a turbine hall connected to a nuclear reactor.

The plant is held by Russian troops but operated by Ukrainian workers.

In the video, the vehicles, which appear to be standard Russian military trucks, are sitting just over 400 feet from the reactor.

The proximity of the military vehicles has sparked fears of a radiation leak in the plant if fighting between Ukraine and Russia continues.

Moscow has previously claimed the only military equipment at the plant is related to guard duties. 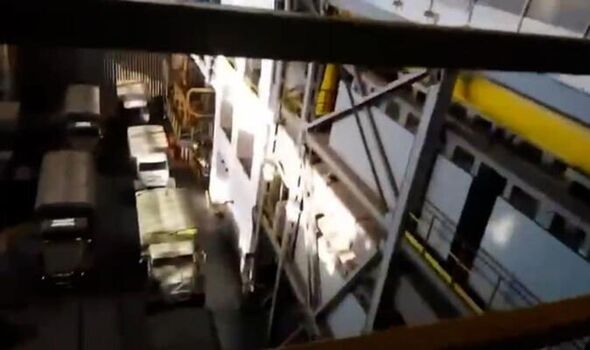 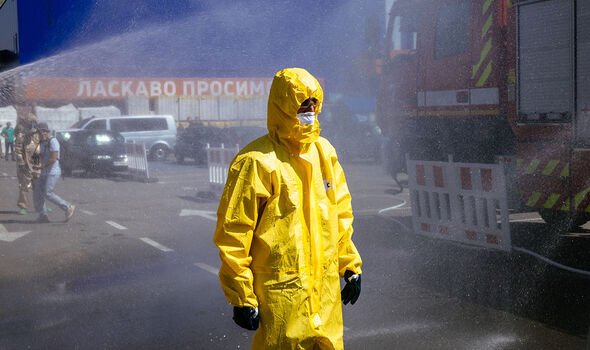 The US has accused Moscow of using the plant as a “nuclear shield” for its military.

While a full-on reactor explosion is considered unlikely, experts claim a radiation leak could happen if the fighting continues.

Twitter user @bayraktar_1love, which monitors the conflict in Ukraine, posted the footage and added: “Russians placed equipment and ammunition directly in the engine room of the Zaporizhzhya NPP. 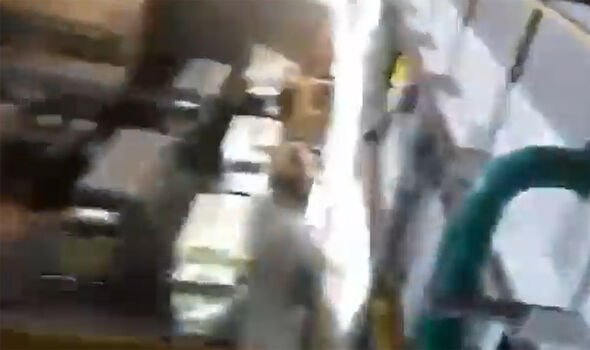 “Multiple vehicles with ‘Z’ markings could be seen starting from 0:25 on the video.”

Both Ukraine and Russia have accused the other of planning “provocations” at the plant.

This prompted Ukraine’s defence intelligence agency to claim Russia had plans to stage a false flag incident at the plant on Friday and blame Ukraine. 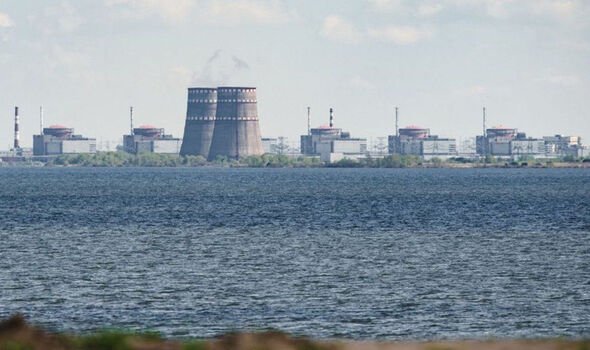 Earlier, Russian propaganda argued Ukraine will carry out a provocation on Friday “to coincide with UN secretary general Antonio Guterres’s visit to Ukraine”.

Overnight, Russia reported shelling close to the power plant, which is being blamed on Ukraine.

During his visit to Ukraine, Mr Guterres called for an urgent withdrawal of military forces from the site.

The UN secretary general said: “Any potential damage to Zaporizhzhia is suicide”.

On Wednesday, Ukraine carried out emergency drills in the city of Zaporizhzhia to prepare for the possibility of a nuclear disaster.