Home » World News » Ruthless tyrant Vladimir Putin would rather 'drown Russia in blood' than ever give up power, warns defector

Ruthless tyrant Vladimir Putin would rather 'drown Russia in blood' than ever give up power, warns defector

VLADIMIR Putin would rather see his country drown in blood than ever give up his iron grip power, a Russian defector has grimly warned.

Putin is facing a storm of protests as he jailed his number one foe Alexei Navalny on his return to Russia – which came after the opposition figurehead was poisoned with Novichok in a suspected botched assassination. 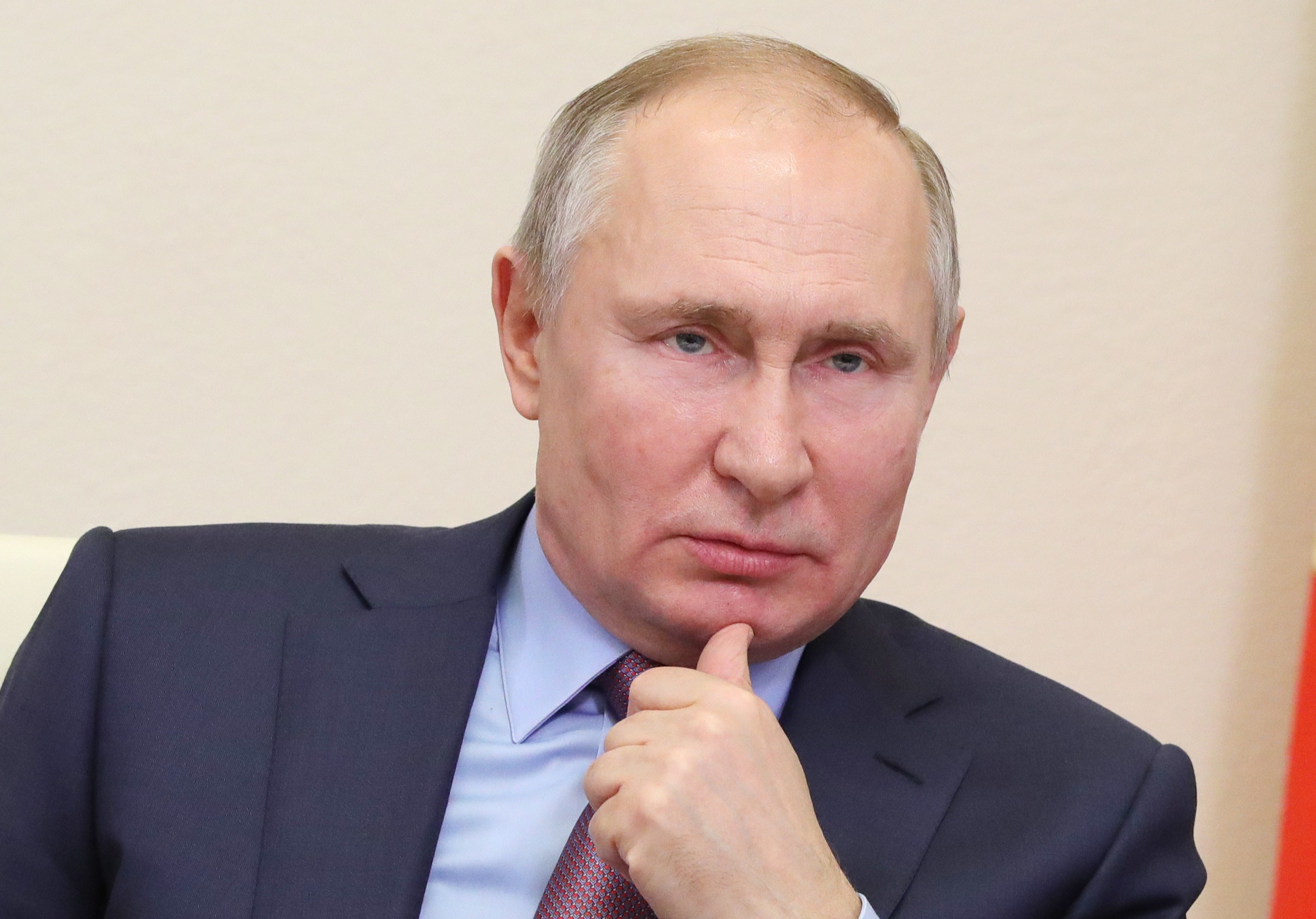 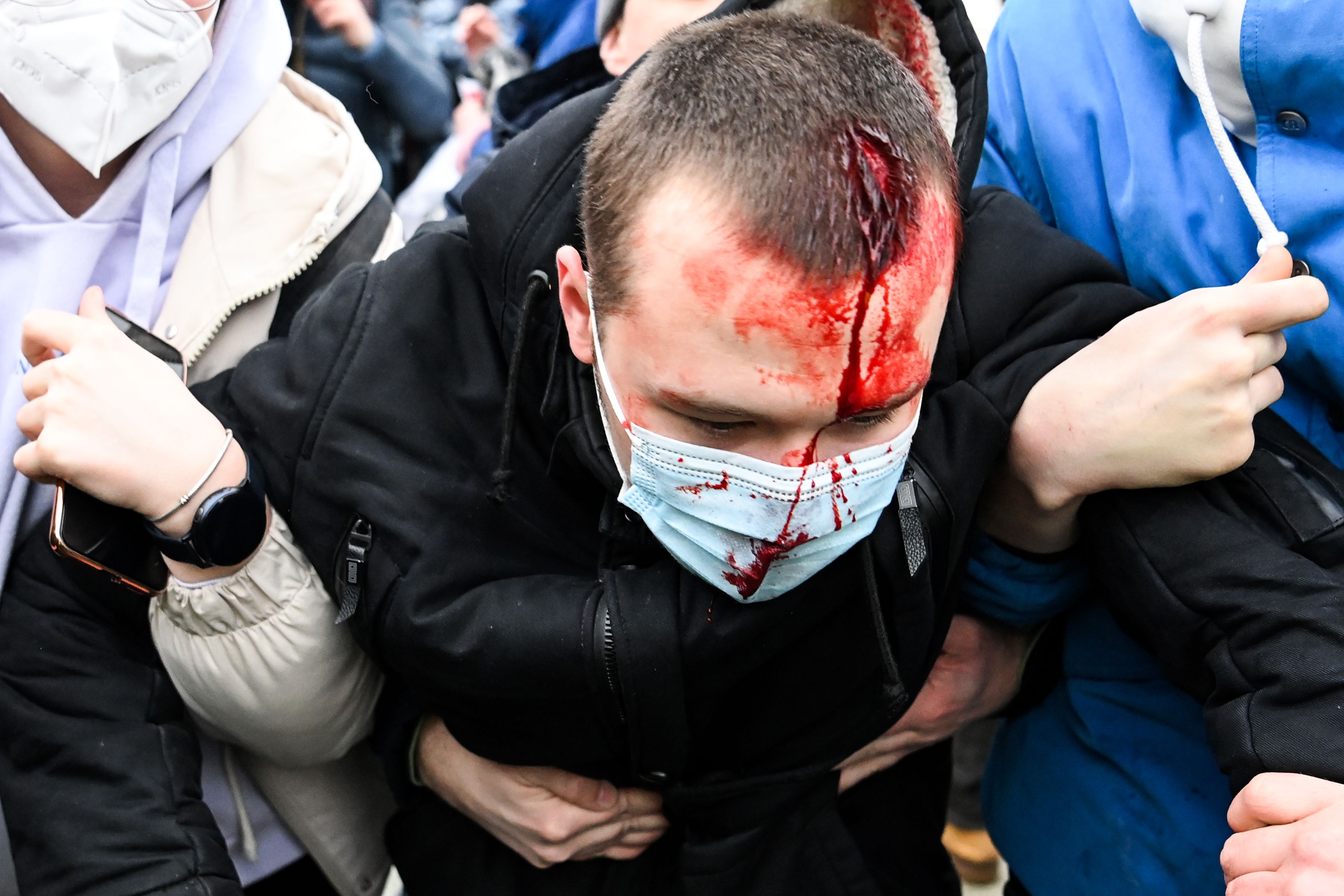 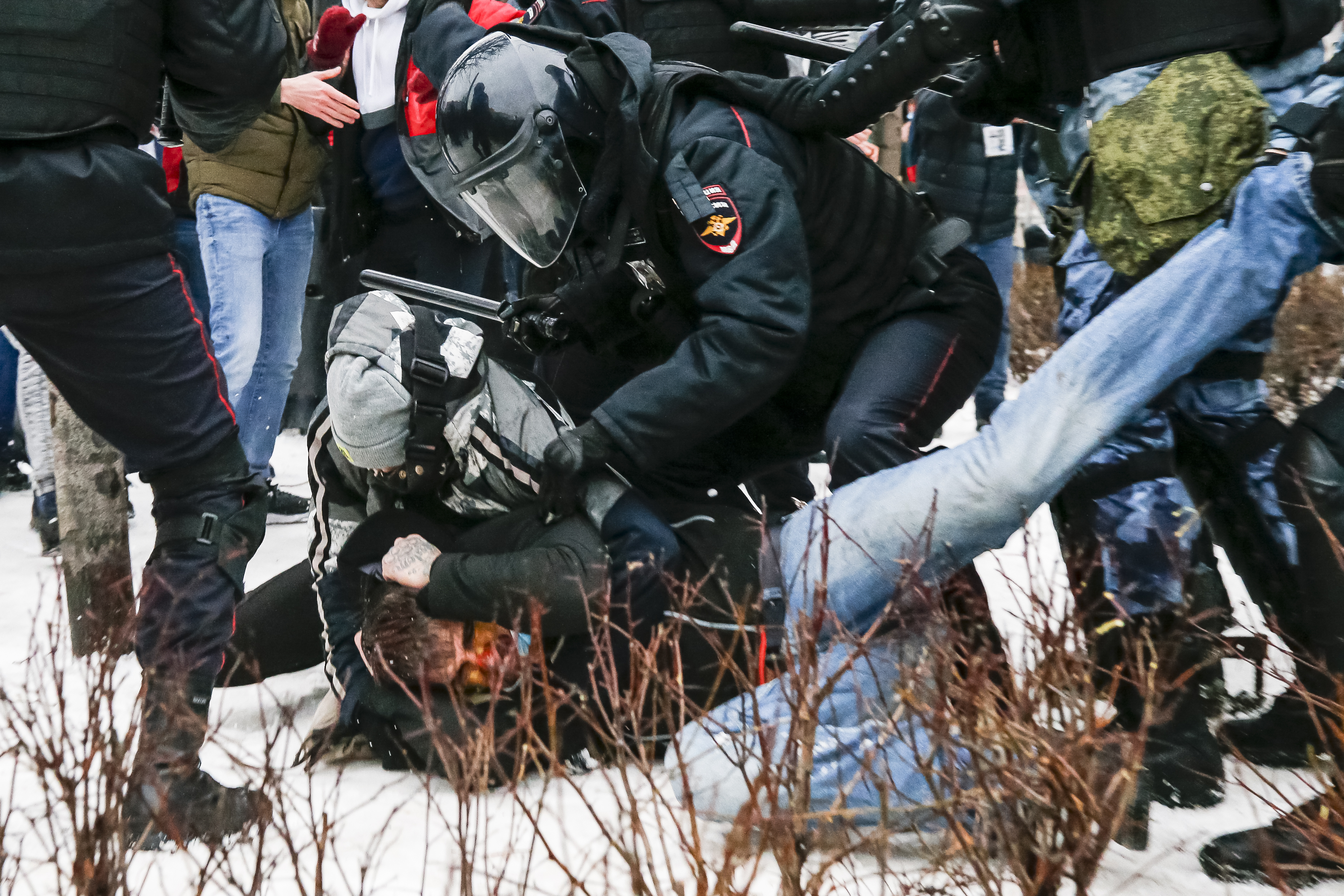 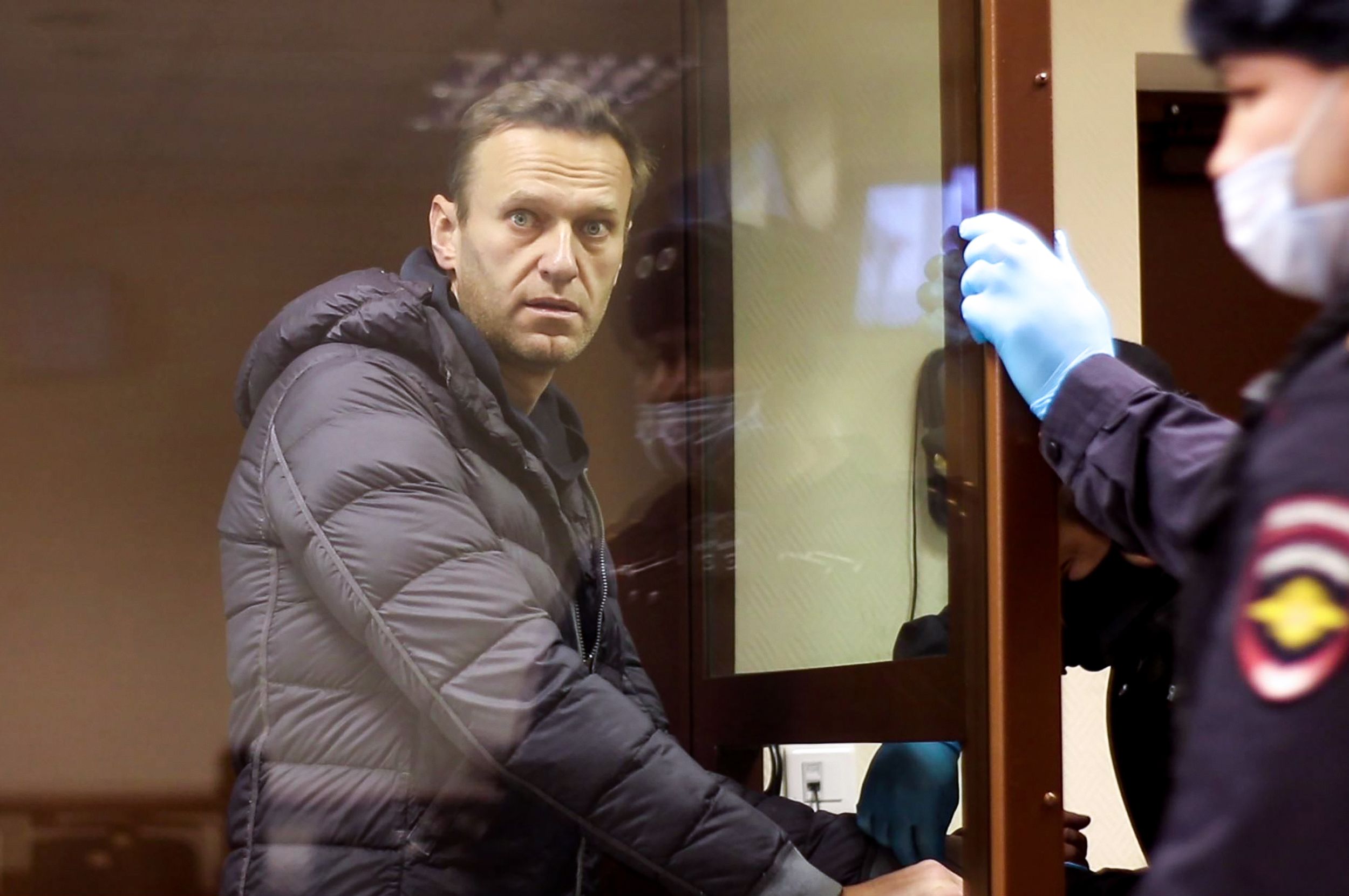 Navalny's was handed atwo-and-half year prison sentence after he revealed details of Putin's extraordinary lifestyle – including a £1billion palace on the Black Sea and a "slush fund" he uses to pay for his mistresses and love children.

Mass demonstrations have taken the streets – only to be crushed by Putin's riot cops, with thousands arrested as the regime banned protests.

Alex Konanykhin, a defector who won asylum in the US after the collapse of the Soviet Union, however told The Sun Online he expects that Vlad is not going anywhere anytime soon.

"Putin will drown the country with blood if need be," Mr Konanykhin told The Sun Online.

"It would have to be removed by force – and there is no such force, domestically or internationally."

Mr Konanykhin, who fled Russia in 1992 and was pursued by the state, said he believes only a conflict within the ruling class can currently unseat ex-KGB officer Putin – and there is no sign of that happening soon.

He told The Sun Online: "I would love to be wrong, I really hope in a year I will be able to say 'Jesus, how wrong I was in this interview' – but 29 years ago I saw what has happened now.

"I saw no scenario in which the KGB would not regain power and would hold it for the foreseeable future – so at that time I made the decision to leave the country."

This is not an ideological regime, this is a kleptocracy – they there to steal and the steal the most

Putin has been consolidating his power over the last few years – with sweeping changes to the constitution to allow himself to remain in office until at least 2036.

It has been claimed Putin fears being "killed like Gaddafi"in a revolution as he attempts to secure his rule for life.

Navalny was detained after arriving back from Germany, where he was recovering from being poisoned with the deadly nerve agent – the same one used in the attack on Sergei and Yulia Skripal in Salisbury.

And he has been dragged back to court today on charges of slandering a war veteran after he slammed a propaganda video that happened to feature a World War 2 veteran.

Putin – who has maintained an iron grip on Russia since 1999 – is believed to be one of the world' wealthiest men with a shadowy fortune estimated to be as much as £160billion. 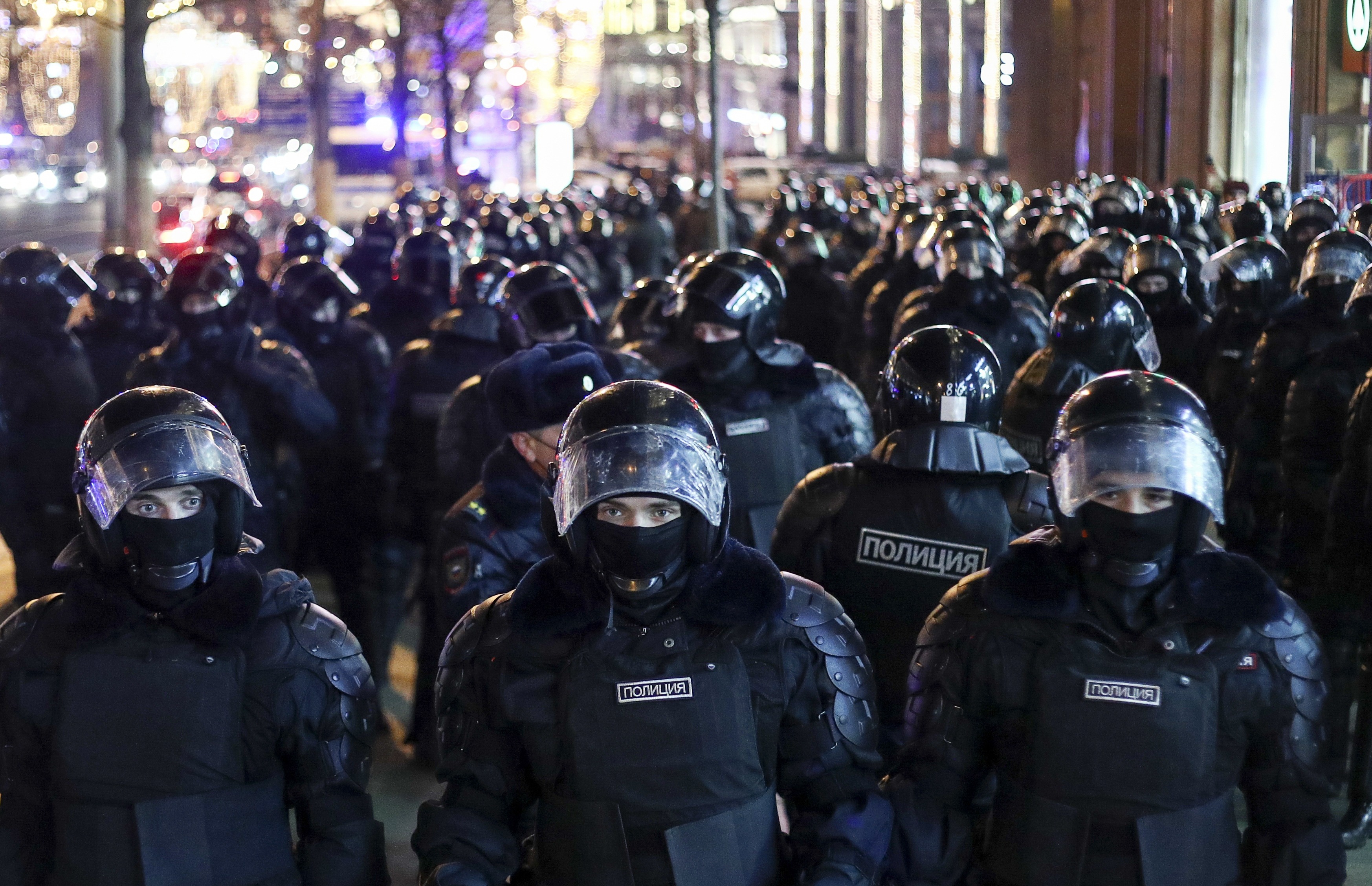 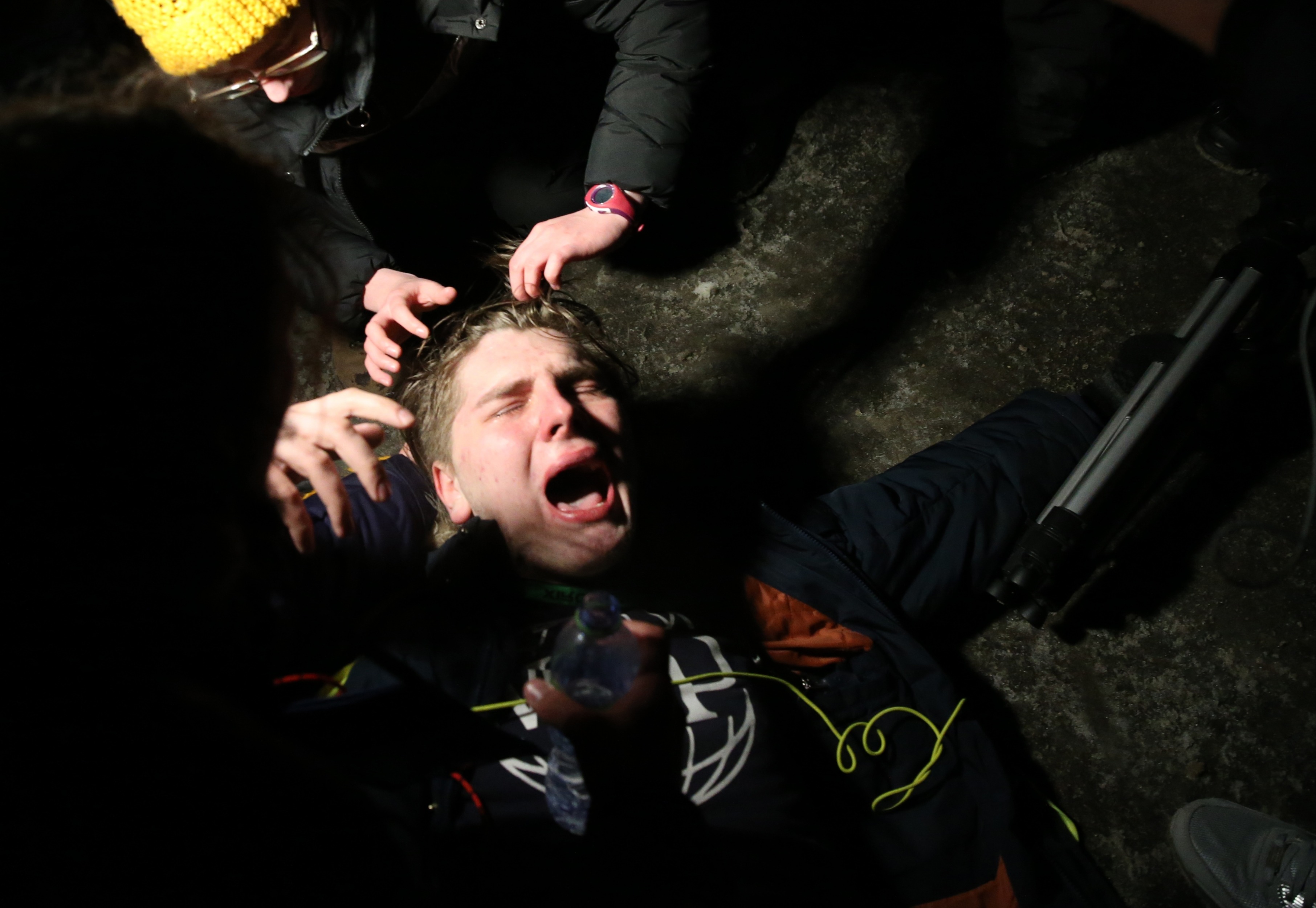 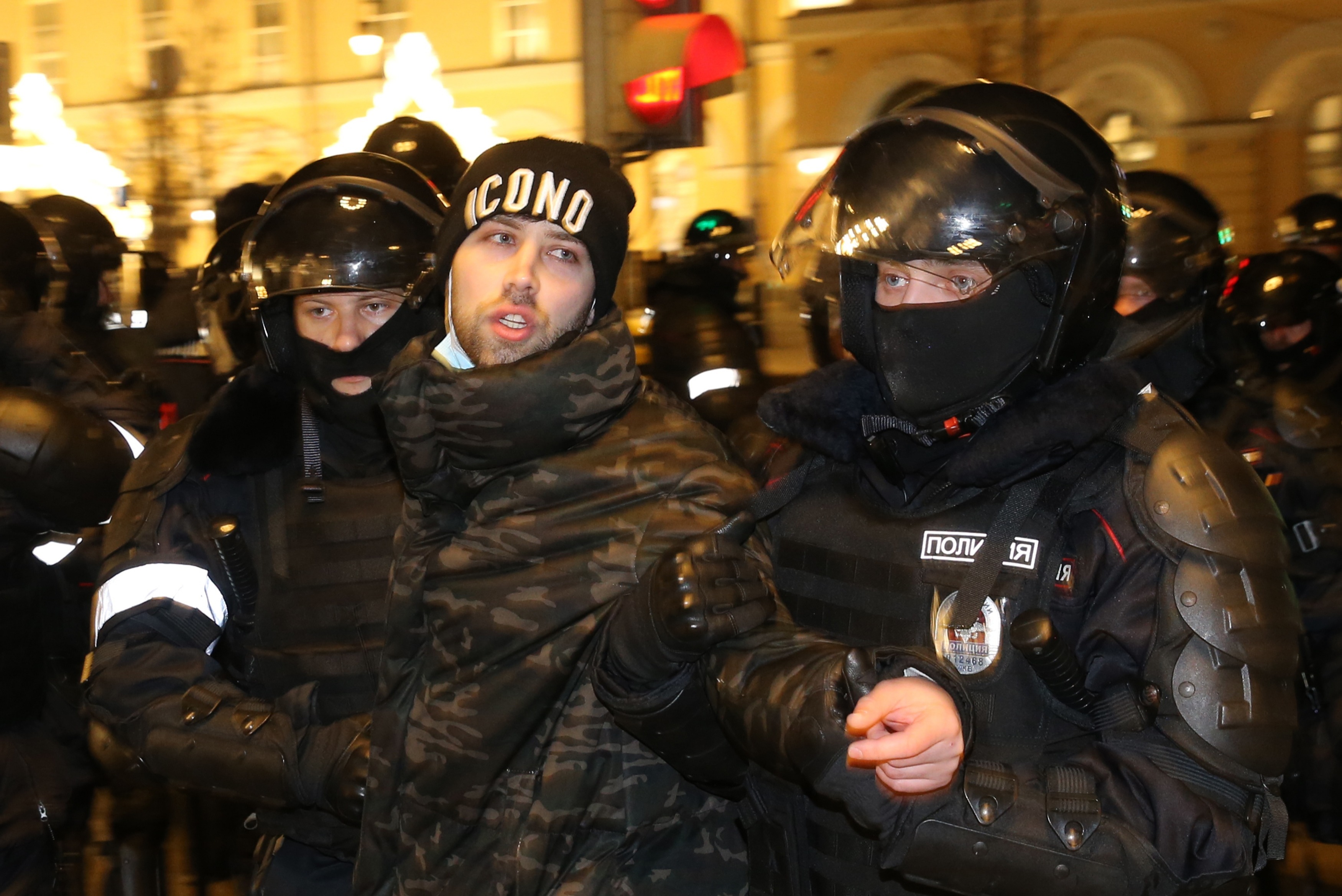 Mr Konanykhin, who wrote the book Defiance about his flight from Russia, does not think these revelations have shocked or surprised the wider Russian people saying they expect a "Tsar to live like a Tsar".

"Its kind of expected in Russia. Its not surprising he has a palace, where would he live? In an apartment like Angela Merkel?," he said.

Despite the corruption, repression and campaigns of murder and theft, Mr Konanykhin said Putin has succeeded in giving much of the population a sense of "stability" and "imperial pride".

He added: "They also fear as bad as they find Putin, whoever comes next might be worst."

The defector explained the key to Putin's grip on power is also the unwavering loyalty he receives from the Russian military and the Russian elite.

"This is not an ideological regime, this is a kleptocracy – they there to steal and the steal the most," he said.

Putin is also surrounding himself with allies based on "blind loyalty" – which leads to "plenty of idiots" in the system and thus botched assassinations such as the attempted murder of Navalny and the Novichok attack in Salisbury.

However, he added: "But any idiot with a submachine gun can ruin your afternoon." 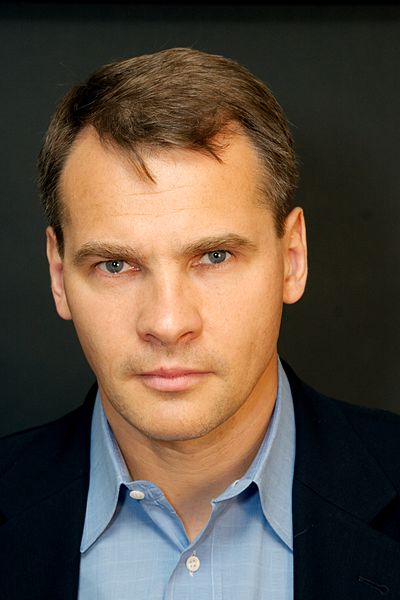 ALEX Konanykhin fled Russia in 1992 and won asylum in the US after the collapse of the Soviet Union.

The entrepreneur had set up 100 different companies in Russia and had an estimated net worth of $300million by the time he was 25.

He is regarded as one of the first Russian millionaires after the fall of the Iron Curtain.

One of the newly open country's leading lights, he even met with US President George HW Bush in 1991 on a joint visit with Russian leader Boris Yeltsin.

However, he was then kidnapped in 1992 while visiting Budapest and all of his business assets were seized in Russia.

Konanykhin managed to escape and used passports he had stashed away to flee to New York.

He told The Sun Online he had always feared the remnants of the Soviet KGB – of which Putin is an alumni -would attempt to seize power again in Russia and had warned of a looming "mafiocracy".

Russia attempted to pressure the US to hand him over on jumped up corruption charges which were later dropped.

Being hunted by the Russian state, Konanykhin won asylum in the US in 1997 and set up a new life – but the shadow of the Kremlin continued to loom over him.

He went on to rebuild a business empire and set up multimillion dollar firms such as TransparentBusiness in the US.

Mr Konanykhin described Navalny's actions in returning to Russia only to be imprisoned as "Jesus-like" – saying he scarified himself for the "sins" of the Russian people.

He however said it will take a "miracle" for Navalny to come back out of prison alive.

"I really hope he will be reunited with his family and his wife. But the logical part of my brain doesn't see any scenario under which that can be," he said.

He added he was hopeful that one day theregime could fall – pointing out all these acts of opposition will come back to bite Putin, just as it did the Soviet Union.

"[The Soviet Union] crumbled so fast – it was shocking for everybody in the country," Mr Konanykhin told The Sun Online.

"If someone in 1987 told me that within a few years that it would implode, I would find that very hard to believe," 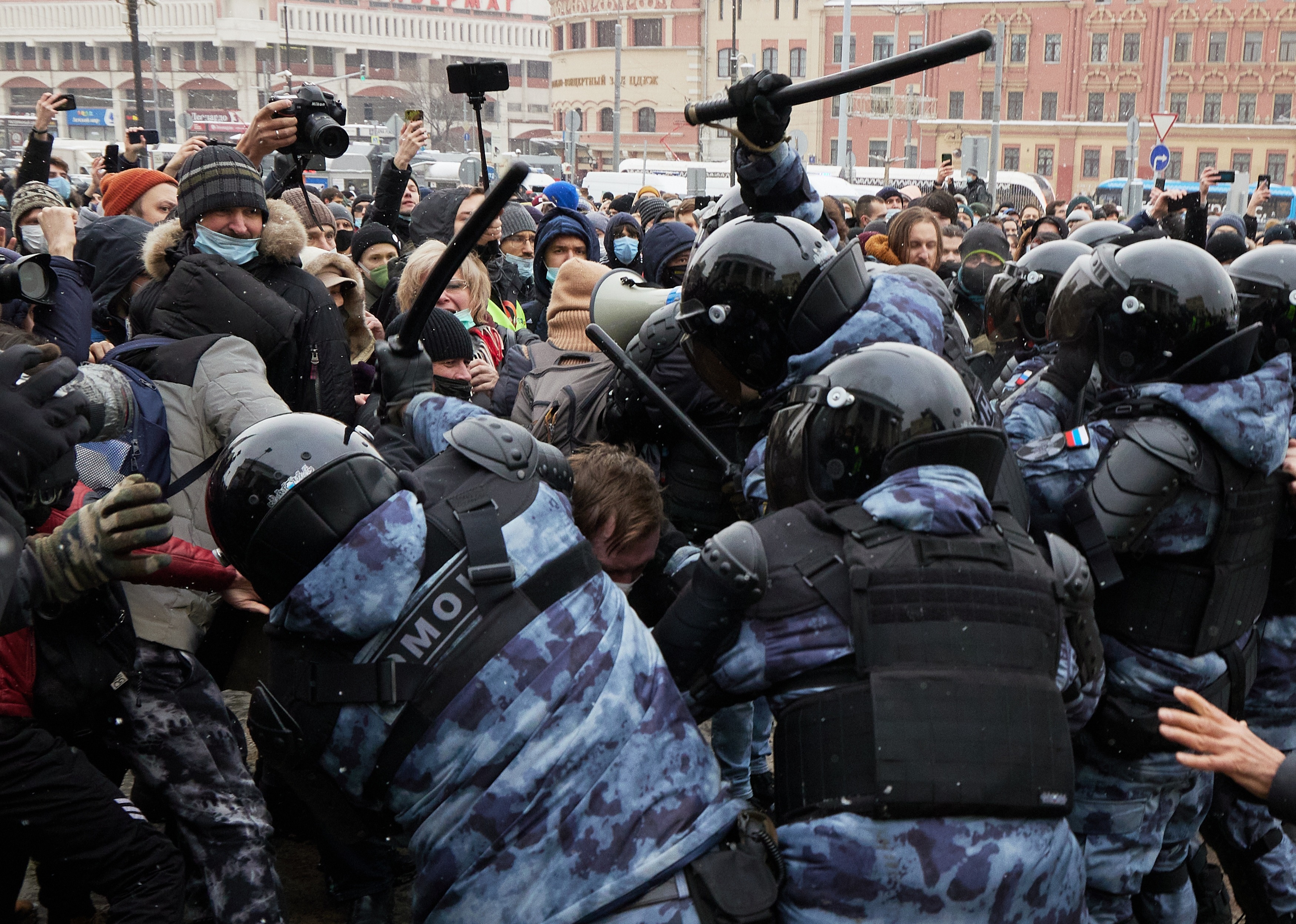 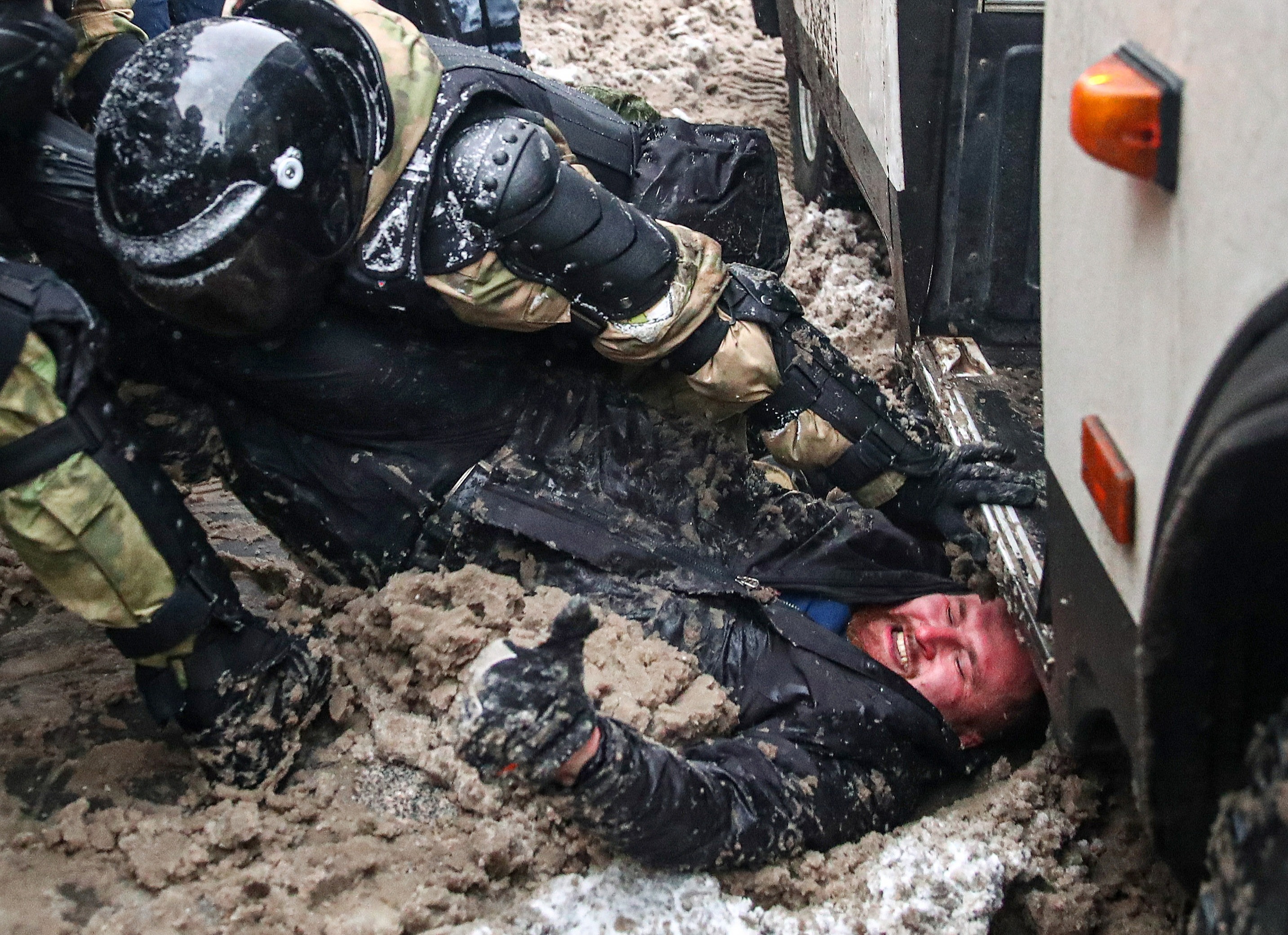 He expects Putin – who he does not believe is inherently "blood thirsty" – to will try to use as "little force" as necessary to keep everything under control to secure his power and wealth.

The defector does not also expect much to change as Joe Biden has taken over as US President, saying he believes Washington likes to try and protect the international status quo.

It comes as Navalny’s wife Yulia Navalnaya has fled Russia for Germany on a flight to Frankfurt from Moscow’s Domodedovo.

Yulia's sudden departure from Russia comes after Moscow court granted a request by investigators for the arrest of Leonid Volkov, one of the closest allies of Navalny, the Interfax news agency reported.

Volkov, who oversees Navalny's regional headquarters, has angered the authorities by organising anti-Kremlin protests from his base in Lithuania, demanding the release of Navalny.

The number of Russians who expect there to be new protests has jumped to its highest since 1998, the independent Levada pollster said, and dissent of the country's economic situation is also at its highest in two decades.