American speed skater Erin Jackson’s dream of chasing gold in her signature 500 meters event at next month’s Beijing Olympics is back on after a selfless act from a good friend and teammate who gave up her own spot on Sunday.

Jackson, who is ranked number one in the world in the 500 meters, slipped during the 500m at the U.S. Speed Skating Trials on Friday in Milwaukee where she crossed the line in third place and missed out on securing one of the two qualifying spots.

But Jackson was the beneficiary of an act of kindness from Brittany Bowe, who enjoyed a sweep of the 500m, 1000m and 1500m distances at the trials to secure a spot in the three events at Beijing before ultimately relinquishing one. 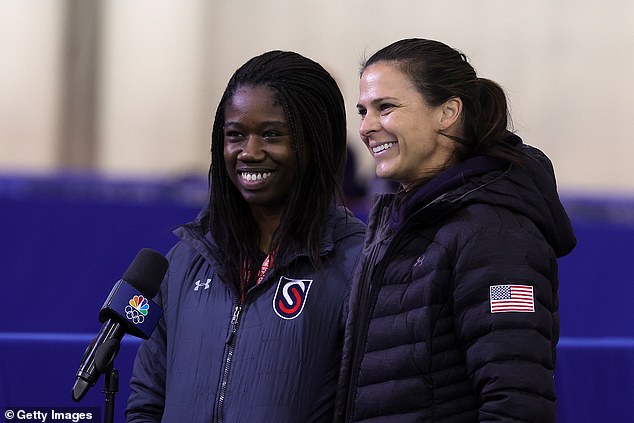 Selfless: Brittany Bowe gave up her spot in the 500m after her friend and teammate Erin Jackson slipped 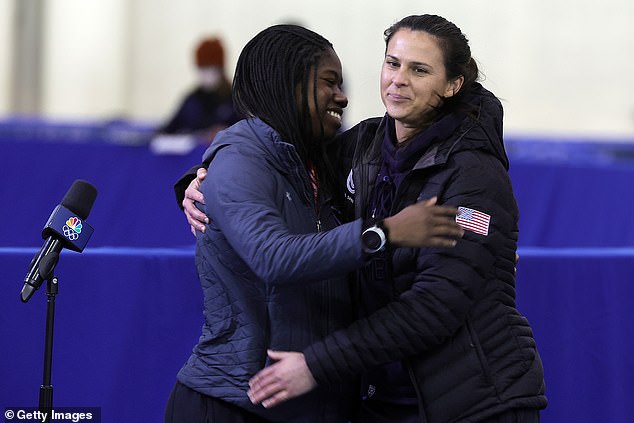 Longtime friends: Jackson and Bowe are seen hugging after it was revealed both will compete at the Beijing Olympics

Bowe said in an interview with  NBC Sports: ‘Before we left the building on Friday night, I had to give Erin a hug and told her that… if it came down to me, she could have my spot because she earned it.’

She added: ‘She’s ranked number one in the world and no one is more deserving than her to get an opportunity to bring Team U.S.A home a medal, and after that unfortunate slip I knew in my mind before that night was even over that if it had to come down to a decision of mine, she could have my place.’

Bowe reportedly decided to make it official after getting notice on Sunday from U.S. Speed Skating for her to return to the rink for the official Olympic team announcement.

‘I just had to make my official call because I couldn’t have had a celebratory time without Erin there,’ Bowe said in the report.

Team USA later tweeted ‘mission complete’ along with a photo of Jackson, who will be competing in her second Olympics having finished 24th at Pyeongchang in 2018 not long after she had switched to the ice from inline skating.

Jackson said in the interview with NBC: ‘It’s hard to really put it into words, I’m beyond grateful and humbled and I’m happy. I’ve grown up with Britney, I’ve known her almost my whole life.’ 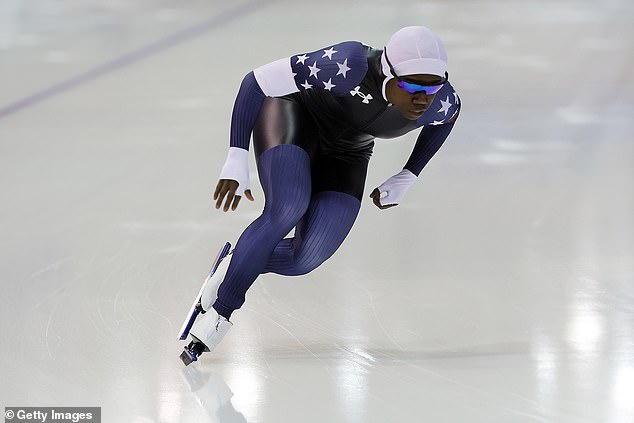 Mistake: Jackson is seen competing in the 500m trials where she missed out on a qualifying spot

Jackson then tweeted on Monday morning: ‘Definitely not the way I imagined qualifying for my second Olympic team… but I guess I had to one-up my story from the 2018 Trials. I’m incredibly grateful and humbled by the kindness of Brittany Bowe in helping me to secure a chance at reaching my goals in Beijing 2022.

‘She’s an amazing friend, teammate, and mentor and this is an act I’ll never forget. You can bet I’ll be the loudest voice in the oval cheering for her in the 1000 and 1500 next month.’ 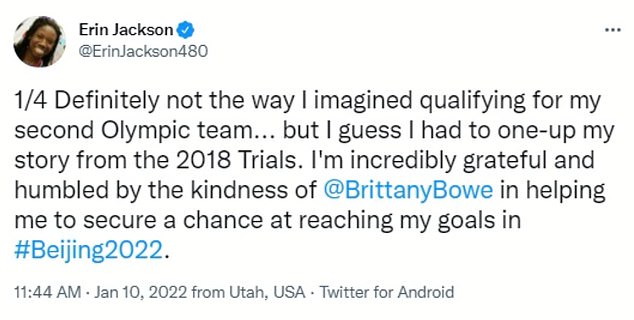 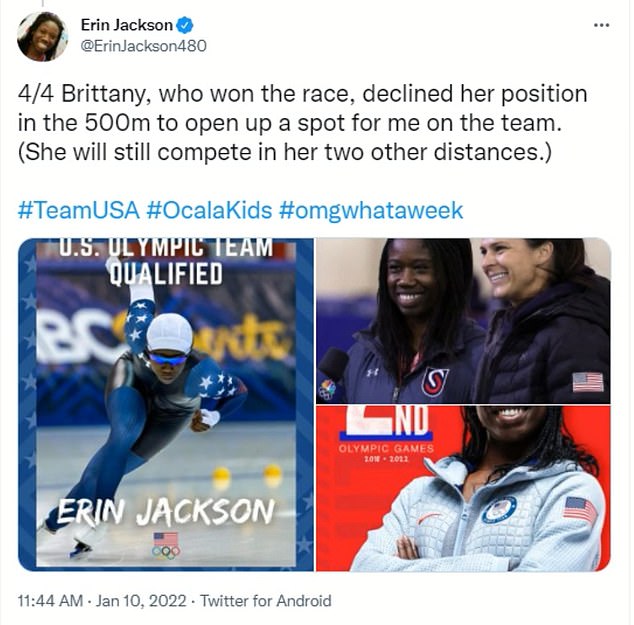 Giving thanks: Jackson shared a series of tweets praising her teammate for her selfless act