Weather warnings remain in place for much of the day, with forecasters predicting parts of the UK could be inundated with more than 100mm of rain this week.

Last night, heavy flooding in Kent closed all lines through Orpington railway station for several hours, while police shut a section of the M25 overnight after discovering two sinkholes on the central reservation.

Kent Police’s Roads Policing Unit tweeted: “M25 jct 4-5 closed as a result of a single vehicle RTC which in turn has lead to the discovery of 2 sinkholes in the central Reservation.”

The motorway was closed in both directions and Highways England warned it was expected to remain shut throughout Tuesday morning’s rush hour.

National Rail has also warned that Southern and Thameslink trains will be heavily impacted during the morning commute, with some services delayed or cancelled due to flooding.

A house was destroyed after being struck by lightning last night.

Firefighters said the recently re-thatched roof was struck by a lightning bolt at 11pm. 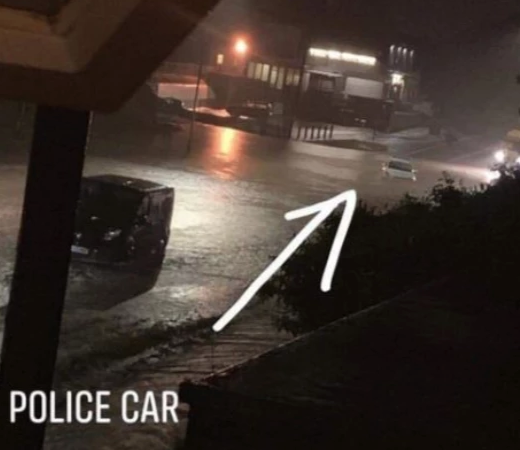 No one was hurt in the blaze which tore through the property at Meeth near Hatherleigh on Dartmoor.

Firefighters were alerted by the public who could see the fire across some fields and thought it was a barn fire – but it was a large property blaze and around 60 fire crew fought to control the flames through the night.

North-eastern parts of England and the Midlands are expected to bear the brunt of the downpours on Tuesday, with a yellow warning in place until midnight.

Some areas set to see up to 60mm of rain, particularly over the first half of the day, according to the Met Office. 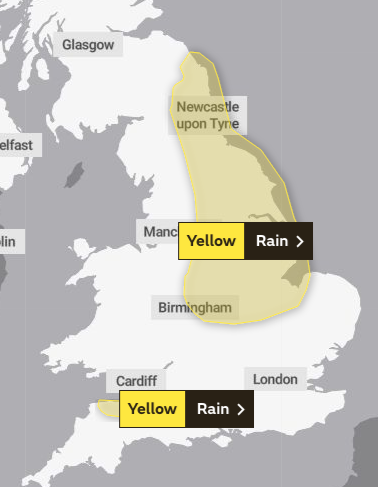 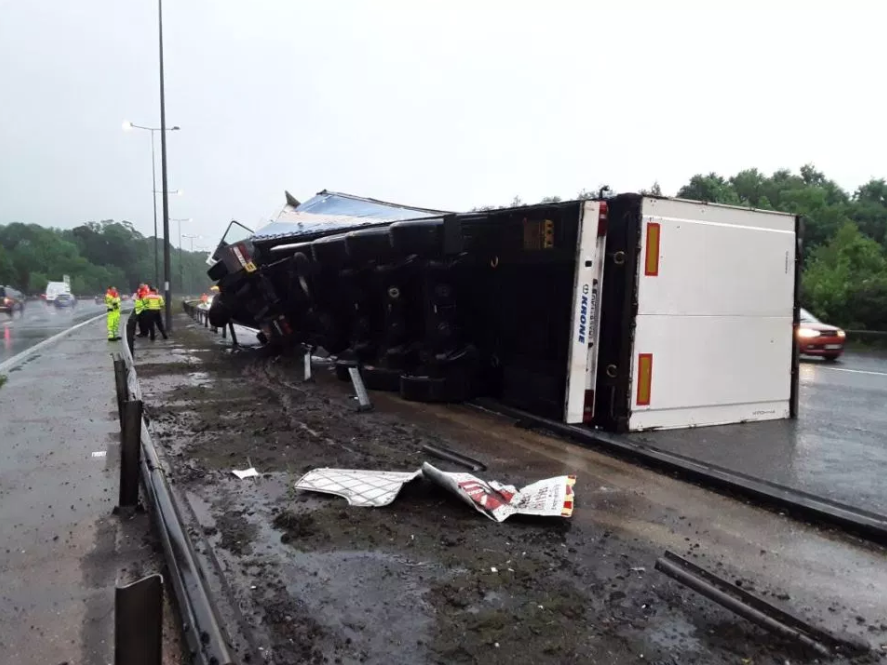 Another warning covers Devon and Somerset, where similar conditions are expected.

The Environment Agency has issued three flood warnings in south-east England, for the River Wandle at Morden, south London, the Emm Brook at Wokingham and Ravensbourne at Bromley.

The agency said on its website: “River levels have risen as a result of localised thunderstorms. Flooding of property is expected imminently. Please take action.”

A total of 31 flood alerts – which mean flooding is possible – are in place across the country. 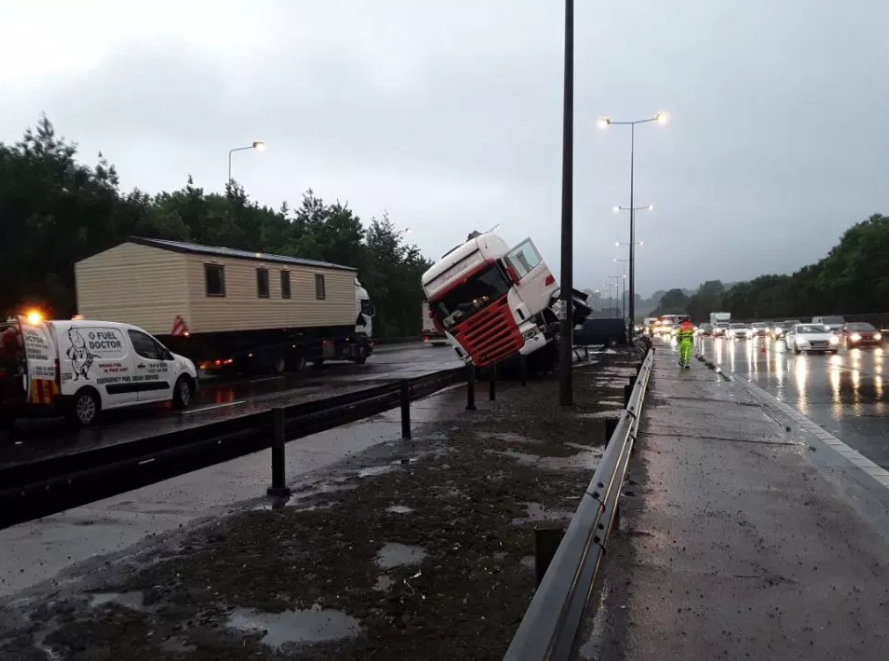 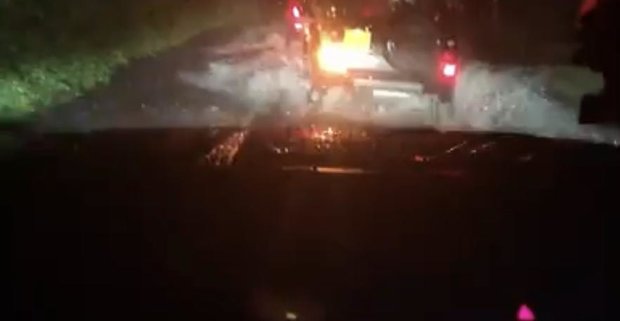 On Wednesday and Thursday, some parts of the UK could be struck by 60mm to 80mm of rain, and possibly even up to 100mm.

Met Office meteorologist Alex Burkill described the figures as the “worst-case scenarios” but added that people need “to be aware that we’re in for some treacherous weather”.

“If you add it all up some places are likely to see over 100mm this week, which is around double the average they would get in the whole of June,” he said.