Sexism and bullying is 'rife' at GMB union, report claims

One of Britain’s biggest trade unions has been labelled ‘institutionally sexist’ by an official inquiry into harassment.

The GMB union was told it needs a ‘complete transformation’ after bullying, misogyny, cronyism and sexual harassment were found to be ‘endemic’.

In a damning report, barrister Karon Monaghan QC said there was a culture ‘of heavy drinking and late night socialising, salacious gossip and a lack of professionalism’.

She was appointed earlier this year to conduct an independent inquiry after the sudden resignation of Tim Roache as general secretary amid allegations of misconduct, which he’s denied. 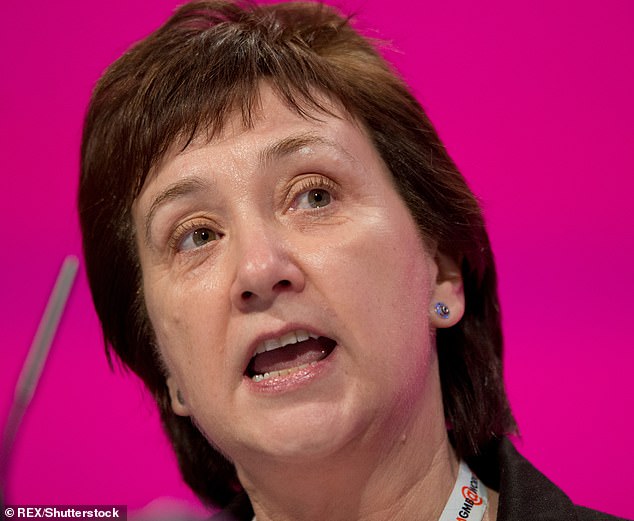 Barbara Plant, GMB national president, apologised after an independent inquiry found women at the trade union had suffered sexual harassment that included leering, ‘staring at a woman’s breasts,’ and ‘sticking a tongue’ in another’s ear

The report found sexual harassment was ‘common in the GMB’, including at its annual congress, where free alcohol at some events was said to have played ‘a significant role in perpetuating bad behaviour’.

‘Sometimes sexual harassment is used as a form of bullying with examples given to me of men deliberately sexually harassing women in public to humiliate and embarrass them. I have also heard of more serious sexual assaults.

‘I was told by one witness that “it is simply expected that you’ll have to suffer from being groped at events”.’

The barrister detailed how the immediate trigger for her investigation had been the receipt of a letter addressed to the union’s president containing allegations of a ‘serious sexual assault (rape), drug use and sexually predatory behaviour, by a senior man within the GMB’.

In her conclusions, she wrote: ‘The GMB is institutionally sex ist. The general secretaries and all regional secretaries are, and always have been, men. 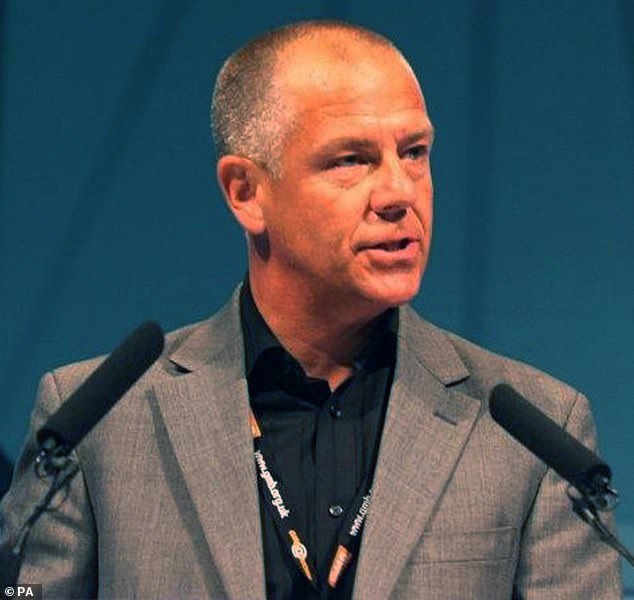 An independent inquiry was launched at the GMB after the sudden resignation of Tim Roache as general secretary amid allegations of misconduct, which he denies

Women are underrepresented throughout the GMB’s ranks.’ Miss Monaghan found that ‘fundamental change’ is required if the GMB – which has around 600,000 members and is the country’s third biggest union – ‘is to meet its promise to women in the GMB and to women in society more widely’.

The QC made a list of 27 recommendations to tackle its failures, including taking steps to increase representation of women at all levels, a bespoke complaints procedure for sexual harassment and an annual equalities audit.

‘On behalf of GMB, I apologise to all those who have experienced sexual harassment or bullying within the union.

‘It’s clear that real and lasting change is needed for us to become a safe and inclusive place for all.’

END_OF_DOCUMENT_TOKEN_TO_BE_REPLACED

END_OF_DOCUMENT_TOKEN_TO_BE_REPLACED
Recent Posts
We and our partners use cookies on this site to improve our service, perform analytics, personalize advertising, measure advertising performance, and remember website preferences.Ok