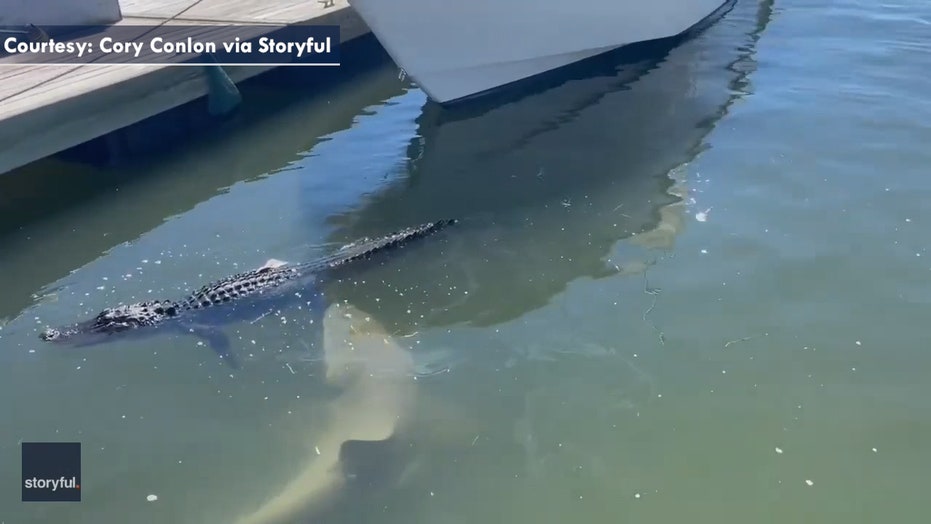 It’s better to view animals like alligators and sharks from a safe distance.

A tourist in South Carolina filmed an encounter between two of predators that serves as a good reminder of why it’s a good idea to stay out of shark or gator-infested waters. 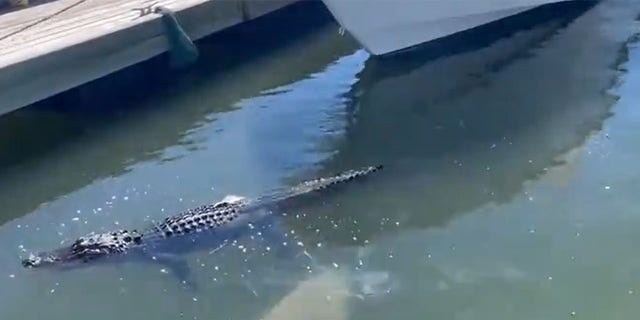 Cory Conlon was visiting Hilton Head Island when he spotted a gator in the water near a dock, Yahoo News reports. As onlookers also noticed the animal, some began throwing bits of food to it.

Suddenly, a large shark also appeared in the area as well. The shark briefly circles the area and then suddenly bites the gator in one of its feet. The alligator responds by briefly charging at the shark, before both animals seem to back off from the fight.

Conlon said he filmed the encounter so that he could show it to his family and friends.

This is just the latest video of an alligator biting an unexpected animal.

Fox News previously reported about a video filmed in South Carolina that shows a large gator eating another, smaller gator. The footage was captured by Taylor Soper, who witnessed the event in Murrells Inlet.

Soper had apparently seen the same animal eat a different smaller gator a week before filming this footage. Apparently, it’s not uncommon for alligators to engage in cannibalistic behavior.

When a gator catches a larger animal, it may not immediately try to eat it. Instead, they have been known to drown the animal and then carry it a hidden area. After a week or two, the gator will return and eat the partially decomposed prey.