Sickening moment drunken thug, 31, repeatedly punches pensioner, 74, in the face after blocking the path of his car – as he is jailed for more than two years

Video footage has emerged showing the shocking moment a drunken thug repeatedly punched a 74-year-old pensioner in the face.

Mandas Narusis, 31, will spend the next two years behind bars for his role in a booze-fuelled road rage assault.

The Welsh man had staggered into a road, causing an elderly driver to brake suddenly to avoid a collision.

But instead of being thankful for the near miss, Narusis smashed the driver’s side window and repeatedly punched his vulnerable victim in the face.

The shocking attack in Risca, near Caerphilly, South Wales, was captured on film by passers-by who reported it to police.

The driver spent four days in hospital and Narusis has been sentenced more than two years in prison for his role in the assault. 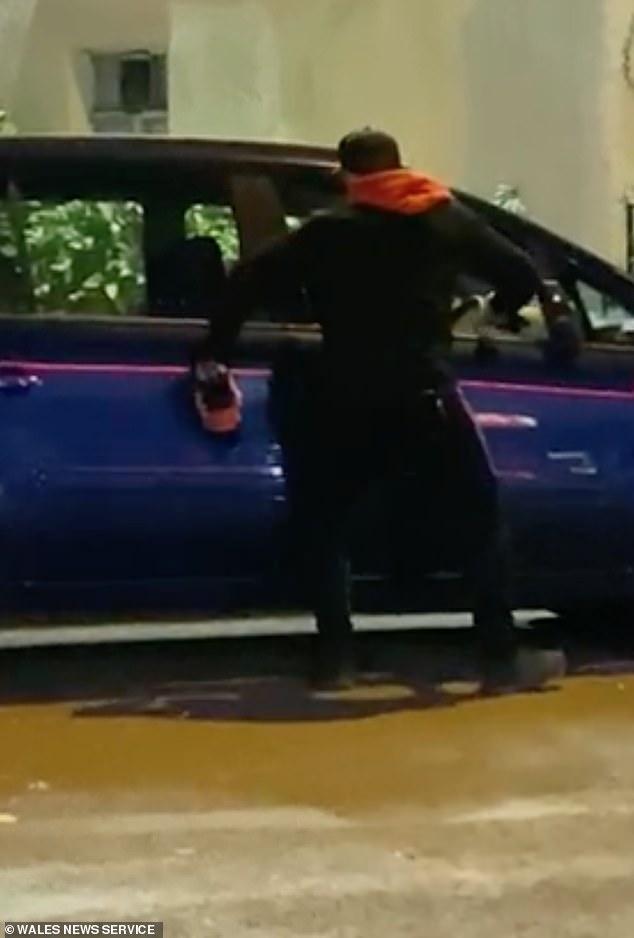 Captured: The shocking moment Mandas Narusis was caught on camera assaulting an elderly pensioner in a fit of drunken road rage 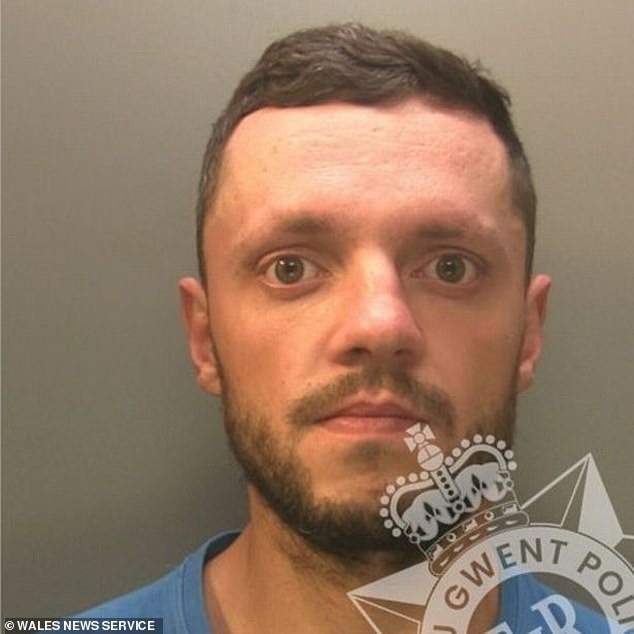 Mandas Narusis, 31, of Risca in South Wales, was sentenced to two years and eight months in jail by a Cardiff court

Mandas Narusis, of Risca in South Wales, was sentenced to two years and eight months in jail by a Cardiff court.

He had attacked an elderly pensioner and repeatedly punched him in the face during a spate of drunken road rage last autumn.

In video footage that has since emerged, Narusis can be seen smashing the car window and striking the man in the face.

The victim – a 74-year-old man – was hospitalised following the attack which happened on September 25.

Narusis has since appeared at Cardiff Crown Court where he admitted inflicting grievous bodily harm and criminal damage and jailed for two years and eight months. 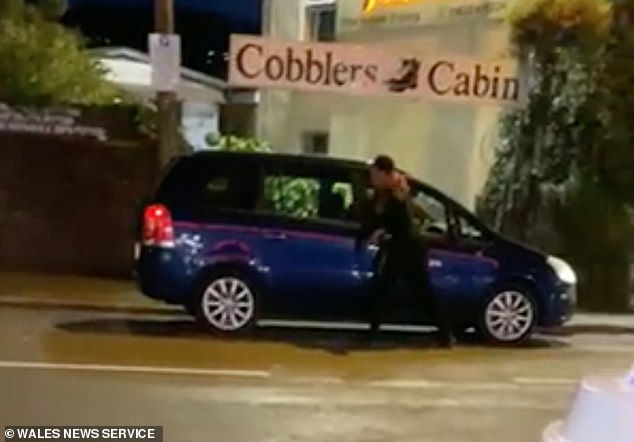 Speaking after the sentence PC Jennifer Evans, said: ‘Mandas Narusis attacked the motorist, who stopped sharply to avoid colliding with him, after he walked out into Commercial Street while drunk.

‘He then launched an unprovoked and sustained attack on the elderly man, who had just popped out to the shops.

‘I hope that the victim can regain his confidence that he has lost as a direct result of this attack.

‘Narusis will now have time to reflect on his behaviour. Hopefully he will use that time wisely.’