SURVEILLANCE video caught the moment a man cold-punched a woman to the ground in New York, just as she became the latest victim in a slew of crimes against Asians across the city and country.

An unhinged man roaming the streets of Chinatown in Manhattan on Monday slugged an innocent bystander in the face as she was walking past him, in a brazen attack all caught on restaurant video. 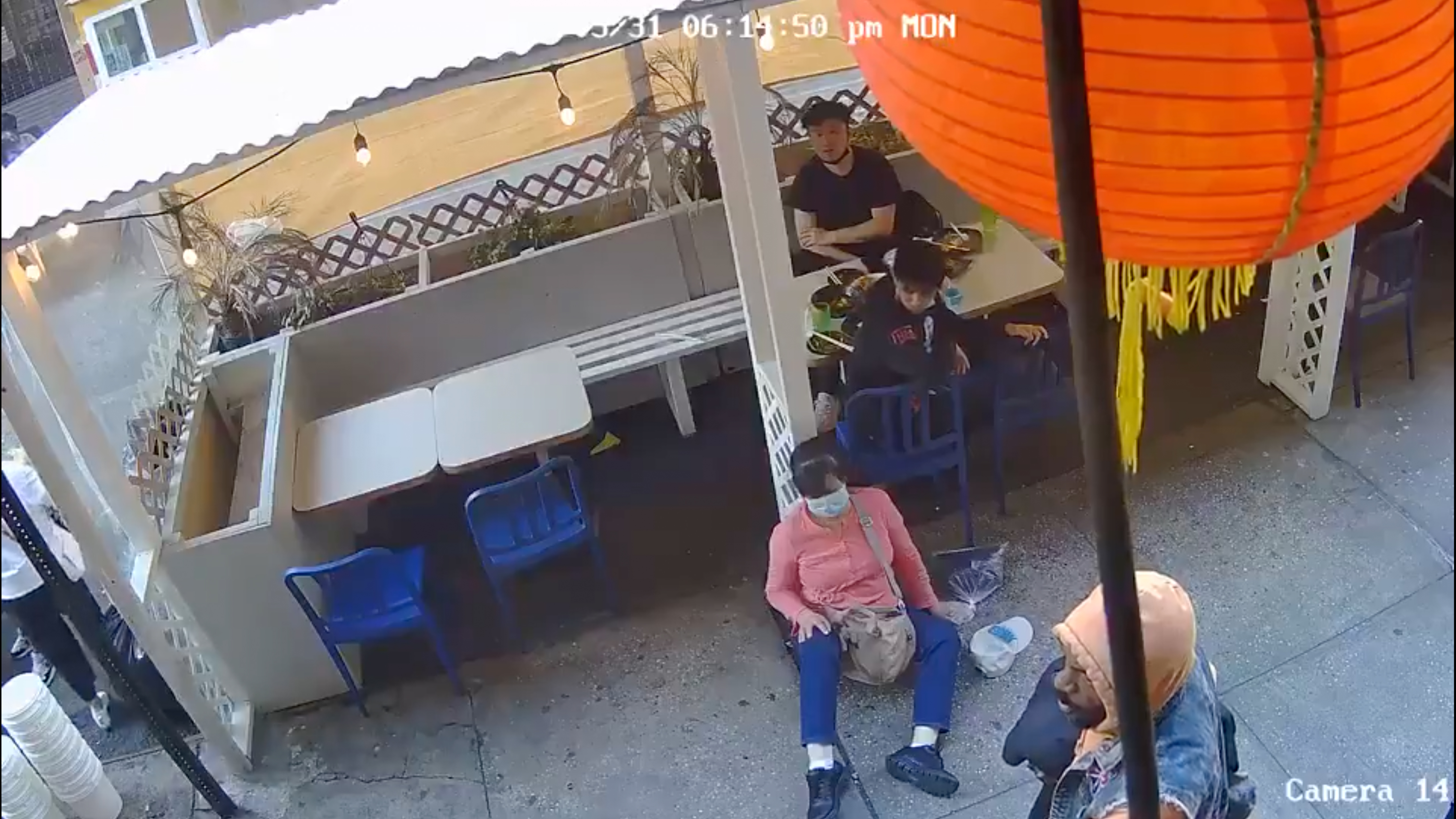 Posted on Twitter by New York Assemblymember Yuh-Line Niou, video shows a man in an orange hoodie and denim jacket walking past the restaurant when the unidentified 55-year-old woman walks in his direction.

Suddenly, the man coldly slugs the woman down to the ground as he turns around and screams "why'd you hit me for" at no one in particular.

When the woman grasps at her face and falls backwards to the ground, a man rushes to her side to check on the woman.

"Hey, you okay?" the man asked the woman, who looked unresponsive as the video ended. 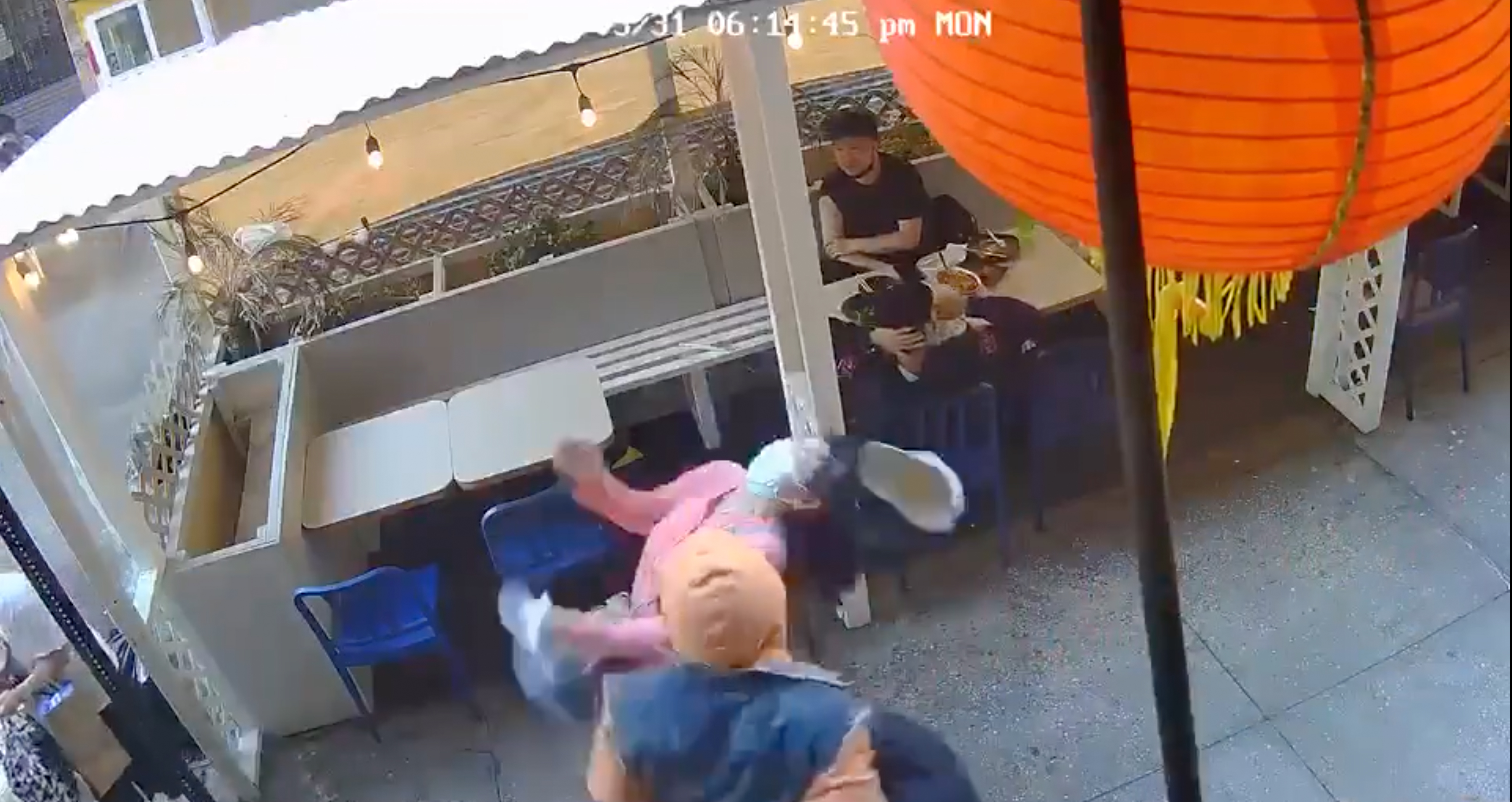 The woman was brought to a nearby hospital in stable condition, according to the New York Post.

"This was just sent to me from my constituent. This just happened in my district in Chinatown. He has been arrested and our precinct is investigating," wrote Assemblymember Niou.

She added the victim was "conscious and cognizant and alert."

Charges against the man are pending. He was brought to a local hospital and is waiting psychiatric evaluation.

"Things are being investigated and the hate crimes task force has been called in," Niou added.

The NYPD has seen a tremendous spike in hate crimes in the city compared to last year, especially against Asian people.

The city saw a spike of over 400 percent of reported hate crimes against those of Asian descent, up to 80 crimes compared to 16 reported a year prior.

Overall, the city has seen a hate crime increase of 73 percent compared to this time last year.

Earlier this week in San Francisco, good Samaritans came to the aid of an Asian officer who was put in a "death grip" by a man spewing anti-Asian threats.

Also in New York, a man was seen sucker-punching a woman as she walked down a street.